Well I was right about one thing: When I said if the market comes down again on Wednesday, we'll be back to calls for capitulation, and we got that.

In fact, I want to share a story with you. Last week I watched a gentleman on television give us a list of sorts of what he thought would constitute a bottom. 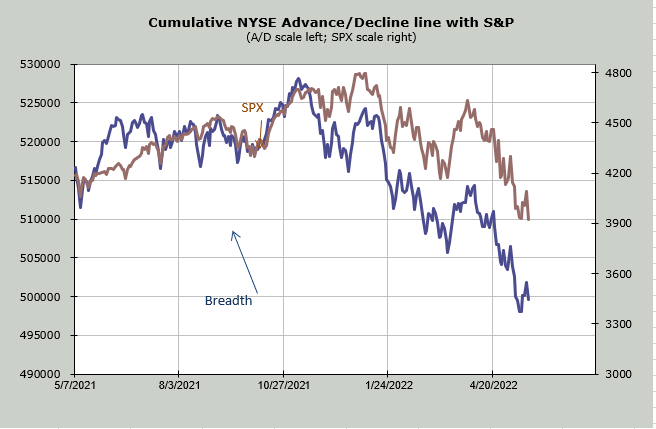 The same gentleman also said he would like to see fewer stocks making new lows. You see, I remember this because these are the items that are generally on my list, so I paid close attention as he was making his list for us. Do you know what happened on Wednesday after the massive decline? There were far fewer stocks making new lows. On both the New York Stock Exchange and Nasdaq. 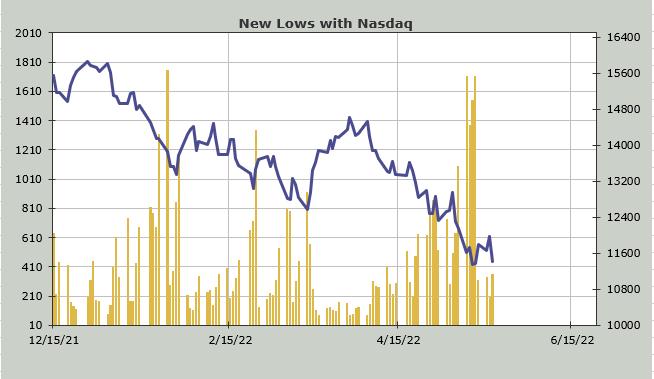 I watched the same gentleman come on television after the close on Wednesday and he cited none of the same statistics he was asking for a week ago. Maybe he didn't want them as much as he thought he did. Maybe he forgot he ever said it. Or maybe Wednesday scared the daylights out of him, so much that he couldn't even see that he had gotten exactly what he wanted.

If you are one who was in search of capitulation, then let me report that the Trading Index, or TRIN, which is based on the advance/decline line and up/down volume, clocked in at 2.86. That's high. Remember, a high TRIN means a lot of selling and a low TRIN number signals a lot of buying. (For those who don't recall, the TRIN is also called the Arms Index.)

The last reading we had this high was on March 30, just before a quick spurt upward for a few days. Such a high TRIN is a sign of short-term capitulation. So, is the fact that 92% of the volume was on the downside on the New York Stock Exchange.

The International Securities Exchange Equity Ratio came in under 1.0 for the first time since Sept. 30. That too is a sign folks got scared on Wednesday. Who can blame them? It was an ugly day in the market.

Well, the transports finally gave it up. And the credit markets are not in great shape. I still think we should rally again in the next few days. Perhaps, I will be wrong. If I am wrong, then it will be bearish, because it means the market will have missed another oversold window during which it ought to rally.