One of the most frustrating and difficult parts of the market is as we are getting overbought or oversold. Why is it so difficult? Because that's usually when the market looks the worst or the best.

When the market is soaring -- yet we're overbought and most stocks are already shaky yet the indexes keep going up -- how many times do you ask yourself, what if I'm wrong? What if the market is in better shape than I think? We know folks did that two months ago.

Oh yes, I know everyone says they sold in early August, but when Nasdaq ran 5% in a matter of days I didn't hear anyone telling us to sell. Rather, I saw the Wall Street Journal tell us Nasdaq was in a new bull market. And let's not forget all the chatter about breadth thrusts.

I would not say we have the absolute inverse now, because we are only just getting oversold this week so it's not as if the market had a chance to rally and hasn't. If we do not have an oversold rally by the end of next week then I'll say, my gosh the market was oversold and couldn't rally.

But when I look at the Nasdaq's breadth and how it has been red for the last 10 days, I know the market is oversold. This is the math behind the Oscillator I use. The thinking is that when we drop big red numbers (and those are some big read numbers) it takes even bigger red numbers to get us more oversold and a green day will really move the Oscillator (up). 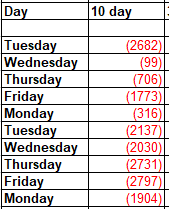 Or when I look at what it will take to turn the McClellan Summation Index from down to up (+7000 advancers minus decliners on the New York Stock Exchange) I know we are oversold. 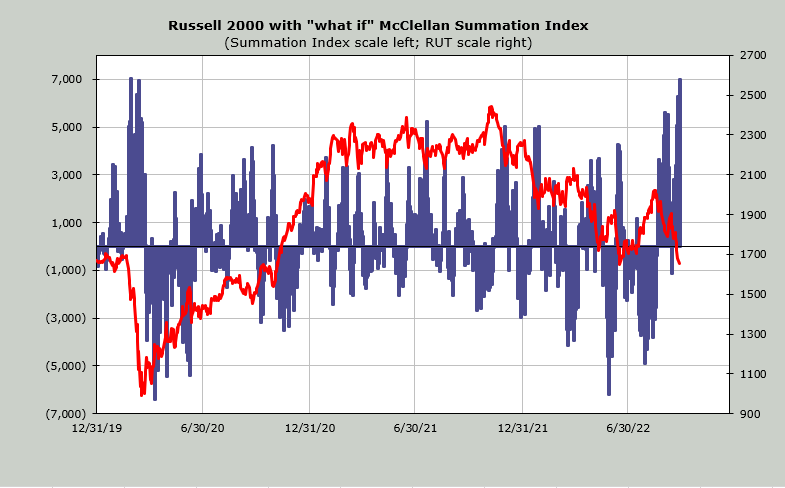 I'll note something else curious: For the first time in days, Nasdaq did not see new lows expand. Oh, sure, maybe that happens in the coming days, but at least for Monday Nasdaq had about 200 fewer stocks making new lows than Friday. 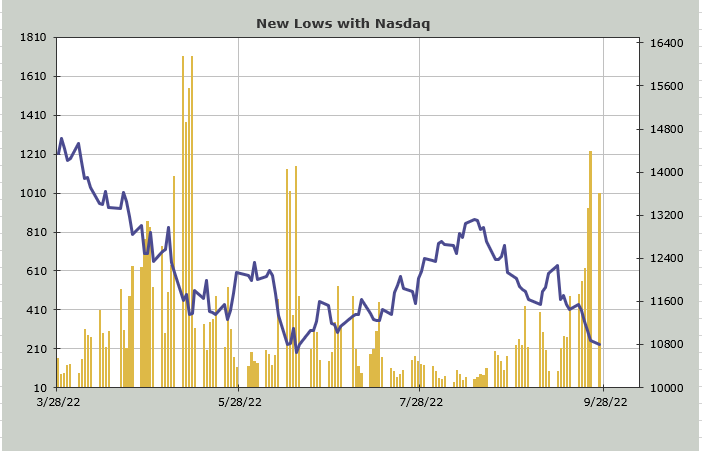 Is the market in great shape? No.

But did you need me to tell you that? You did not. Yet, when the Daily Sentiment Index (DSI) is at 5 for both Nasdaq and the S&P and at 7 for bonds, it's hard for me to imagine the market will collapse from here.

We're in the last week of a crummy quarter, and, you might ask, could that push out the oversold condition until next week? Sure. But when the S&P 500 has been red for five-straight days and hasn't gone to six since late February 2020, you're asking for an outlier. And besides, the Wall Street Journal just declared the Dow Jones Industrial Average has entered a bear market!