During Friday's Lightning Round segment of Mad Money one caller asked Jim Cramer about WD-40  (WDFC) : "That last quarter was horrible. They're in the penalty box," was Cramer's quick reply.

Let's check out the charts of WDFC.

In the daily bar chart of WDFC, below, we can see that the rally stalled out back in February and March and then a gap lower in April as the slope of the 50-day moving average line turns negative. Support around the March low is quickly broken. Prices slump further and close below the 200-day moving average line by late April. This month we can see a rally failure at the underside of the cresting 200-day line.

The On-Balance-Volume (OBV) line turns down quickly in April as sellers become more aggressive. The Moving Average Convergence Divergence (MACD) oscillator has crossed upward this month for a cover shorts buy signal but it remains far below the zero line.

In the weekly Japanese candlestick chart of WDFC, below, we see a weak picture. Prices are below the cresting 40-week moving average line. Tentative support is around $195 and lower.
The weekly OBV line has been in a decline for several months and that tells us that there has been significant selling. The MACD oscillator is pointed down and is getting close to crossing below the zero line for a sell signal.

In this daily Point and Figure chart of WDFC, below, we can see a potential downside price target in the $200 area. 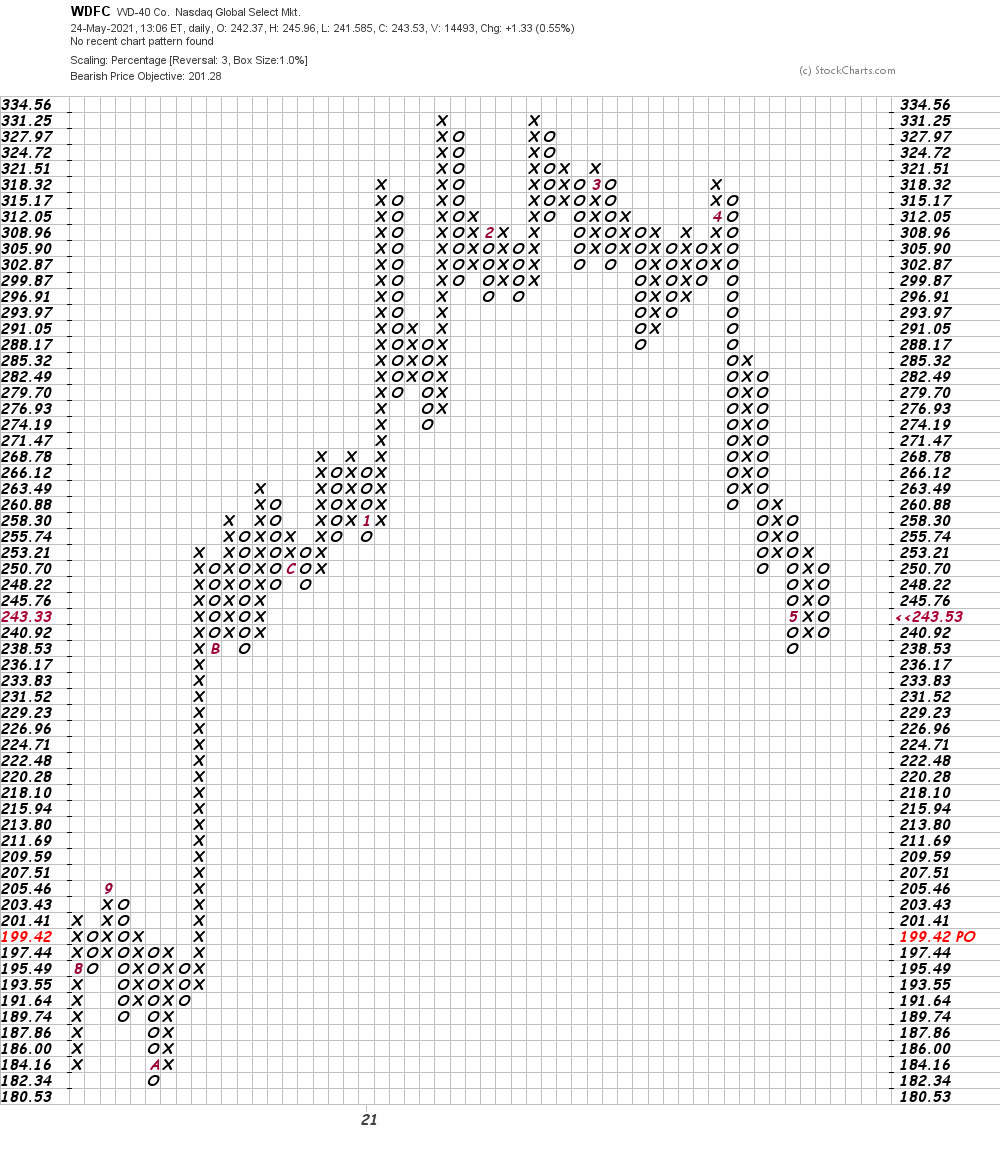 Bottom-line strategy: The charts of WDFC are bearish so traders should stand aside from the long side.
Get an email alert each time I write an article for Real Money. Click the "+Follow" next to my byline to this article.
TAGS: Investing | Stocks | Technical Analysis | Industrial Goods | Mad Money