In his final "Executive Decision" segment of Mad Money Wednesday night, Jim Cramer checked in with Jim Fish, CEO of Waste Management Inc. (WM) , which has seen its shares fall to $97 from $126 in this economic shutdown.

Fish said Waste Management has responded well to the pandemic. Nearly 20,000 of the company's employees transitioned to work-from-home in just five days, while the rest remain on the front lines collecting trash, using precautions.

When asked about their volumes, Fish explained that residential collections are seeing 25% more trash per can, but large swaths of their commercial business has declined to zero.

Let's check out the charts of this Trifecta Stocks holding.

In the daily bar chart of WM, below, we can see that prices made a brief rally in January and February before falling to a new low for the past 12 months. Prices bounced with the broader market in late March but made a deep retest of the lows in early April.

Trading volume was very heavy from late February to early April but the On-Balance-Volume (OBV) line looks like it is still in a decline from the middle of February, telling us that overall sellers of WM are more aggressive.

The trend-following Moving Average Convergence Divergence (MACD) oscillator has come back to the underside of the zero line but appears to be fading and looks poised to cross to the downside again.

In the weekly bar chart of WM, below, we can see that prices were in a sustained uptrend until this year. Prices swiftly gave back the gains from early 2019 and the slope of the 40-week moving average line turned negative.

The weekly OBV line peaked in early February and the MACD oscillator fell below the zero line for an outright sell signal.

In this first Point and Figure chart of WM, below, we used daily price data. Here the chart shows a potential downside price target in the $93-$92 area. 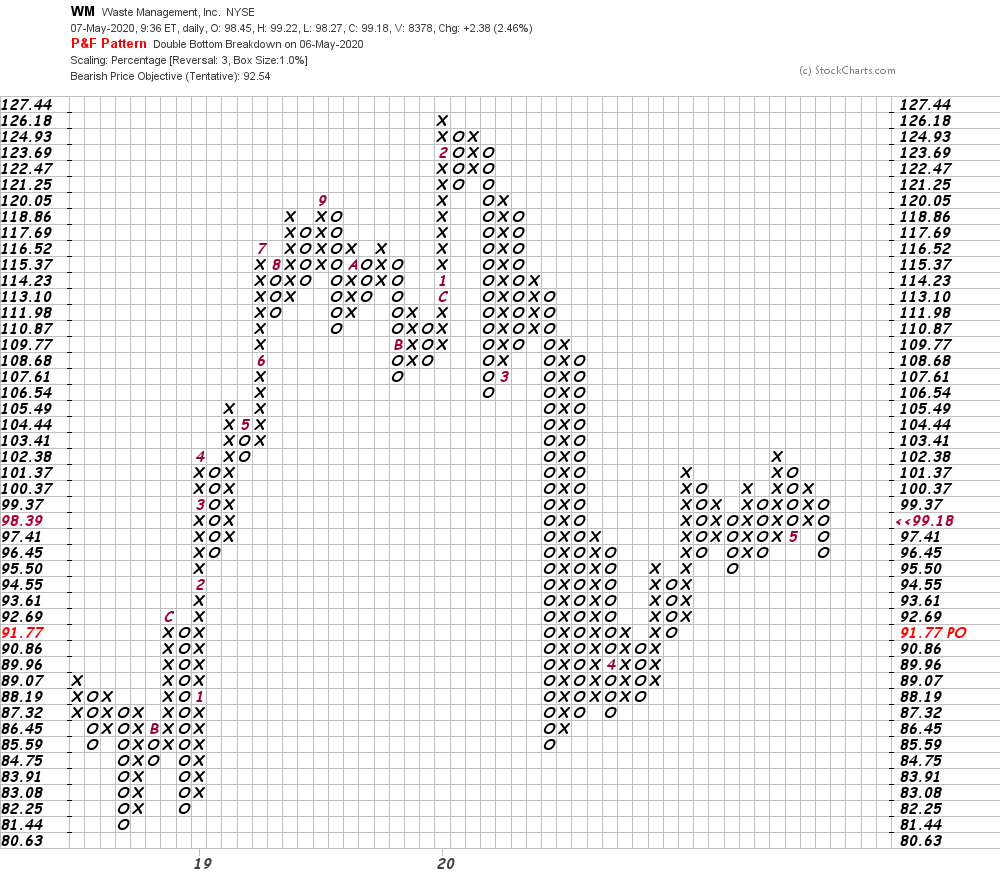 In this second Point and Figure chart of WM, below, we used weekly price data, which is suggesting a rally to the $129 area. 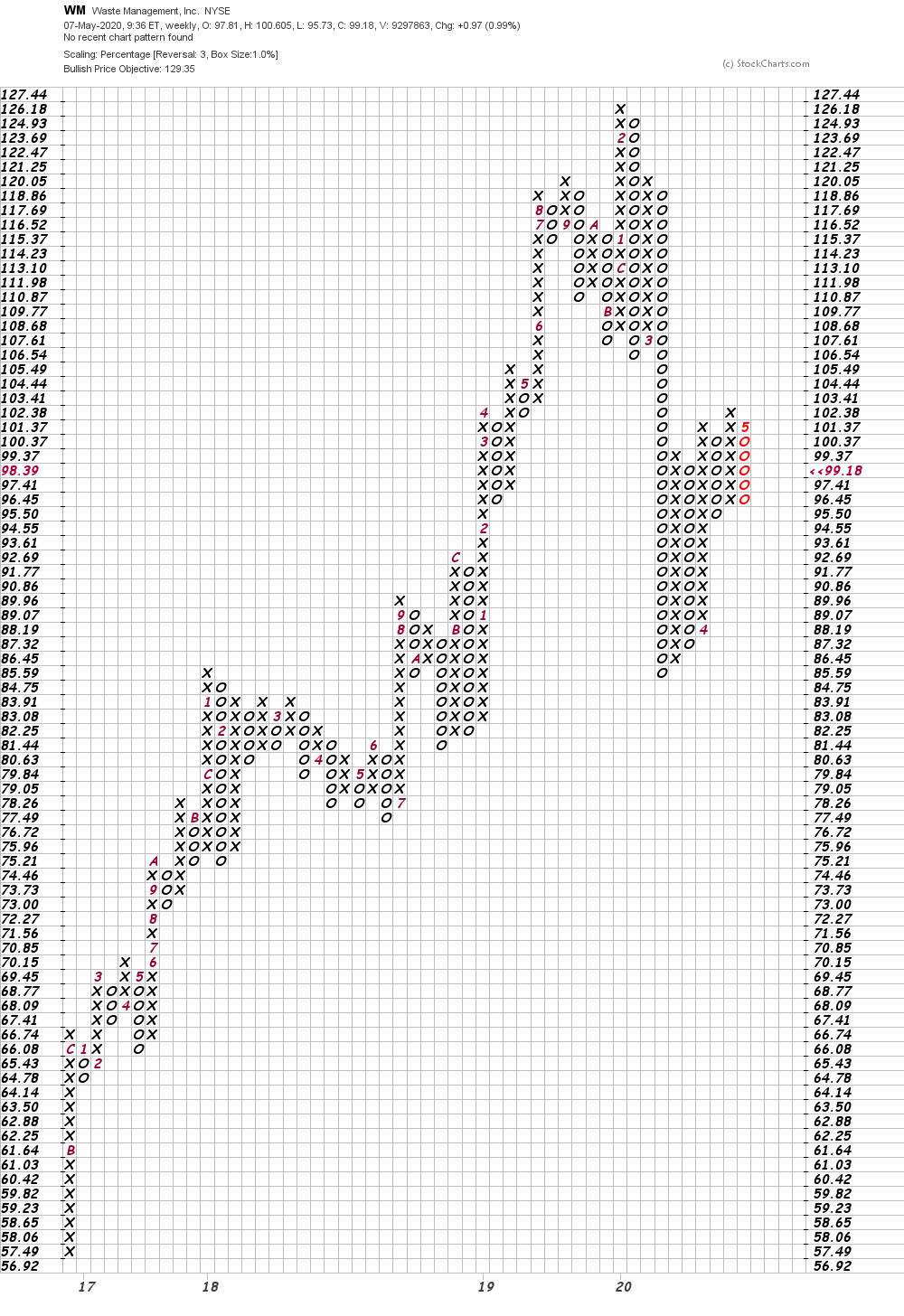 Bottom-line strategy: WM needs to adjust to the new economy and so do the charts, which need a lot more base building. Avoid the long side for now.

Get an email alert each time I write an article for Real Money. Click the "+Follow" next to my byline to this article.
TAGS: Investing | Stocks | Technical Analysis | Waste Management | Mad Money | Executive Interview