A fundamental analyst at a sell-side firm lowered their rating on the tech giant Microsoft (MSFT) to "neutral" from "buy" Wednesday. And their price target was dropped to $250 from $300.

Let's check out the charts and indicators to see if this was "the last shoe dropping" or if there is more weakness to come.

The On-Balance-Volume (OBV) line has been weak since mid-August and tells me that traders remain more aggressive sellers than buyers. The Moving Average Convergence Divergence (MACD) oscillator has crossed below the zero line for an outright sell signal.

The lows of October and November could generate some support and the current decline may halt but weakness below $225 may precipitate further declines and new 52-week lows in the weeks ahead.

In the weekly Japanese candlestick chart of MSFT, below, I see a weak setup. Prices are in a longer-term downtrend as they trade below the negatively sloped 40-week moving average line. A large upper shadow on a candle in early December marks the end of a rebound.
The weekly OBV line continues its decline from November 2021. The MACD oscillator is below the zero line and narrowing -- no trend strength here.

In this daily Point and Figure chart of MSFT, below, the $207 area is projected as a possible downside price target. 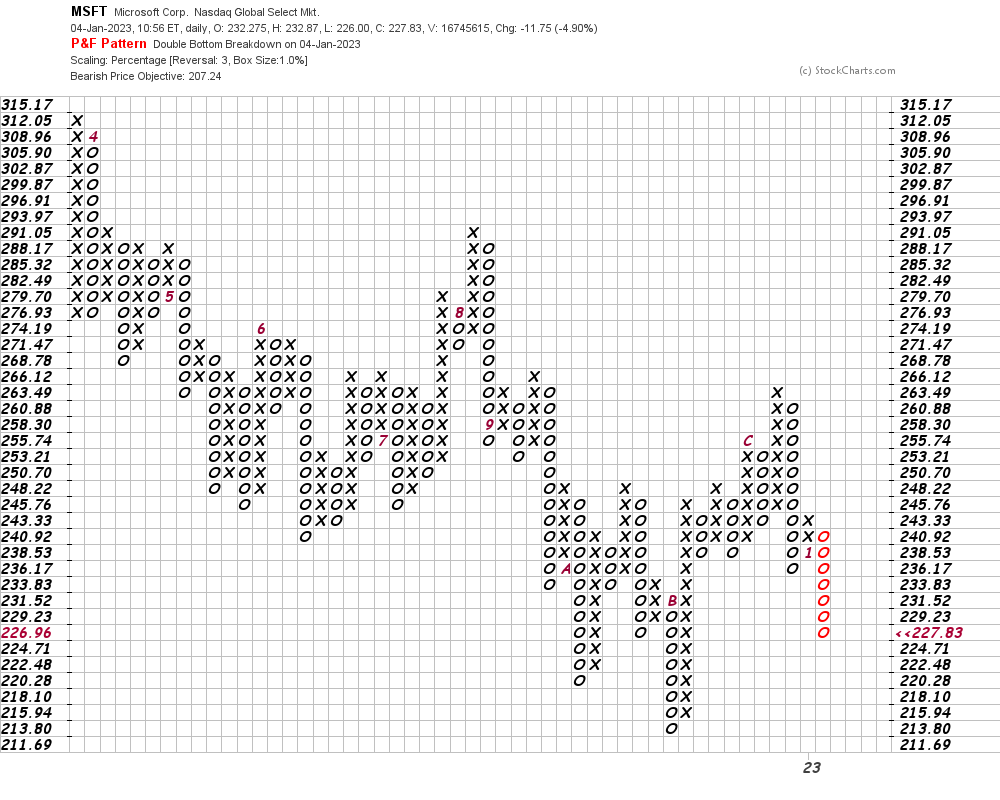 In this weekly Point and Figure chart of MSFT, below, a potential price target of $189 is now what is being projected. 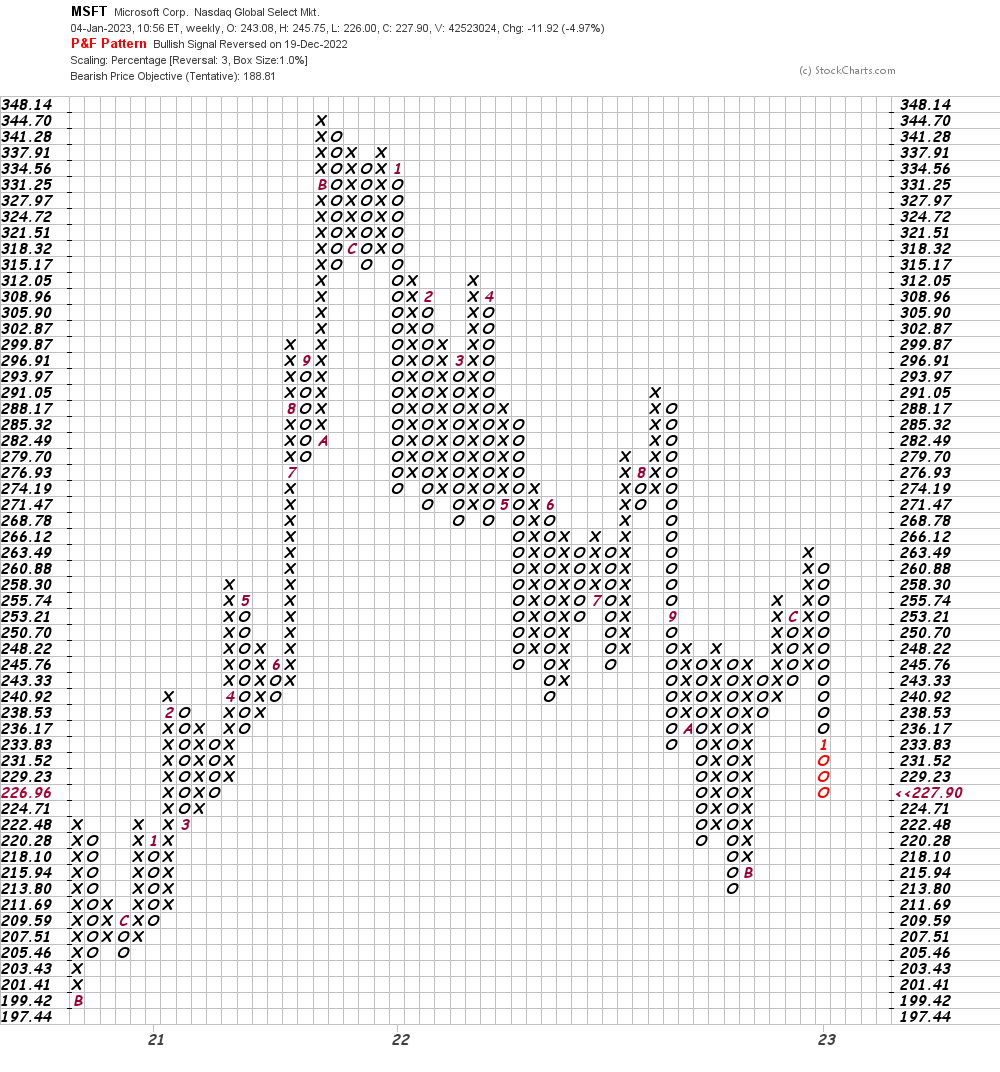 Bottom-line strategy: In my December 1 review of MSFT I had my doubts about whether prices had made a key bottom and now we have the answer. Avoid the long side of MSFT as further declines are possible. We may get a better entry in the late first quarter.
Get an email alert each time I write an article for Real Money. Click the "+Follow" next to my byline to this article.
TAGS: Stocks | Technical Analysis | Investing | Software & Services | Technology | Analyst Actions