Even in old age, Berkshire Hathaway (BRK.A) (BRK.B) chairman and CEO Warren Buffett is willing to learn from others.

The management system, pioneered by the late Harrison, focuses on minimizing railcar usage, while maximizing freight delivery. The idea is to lower the company's operating ratio, or the operating costs as a percentage of revenues. 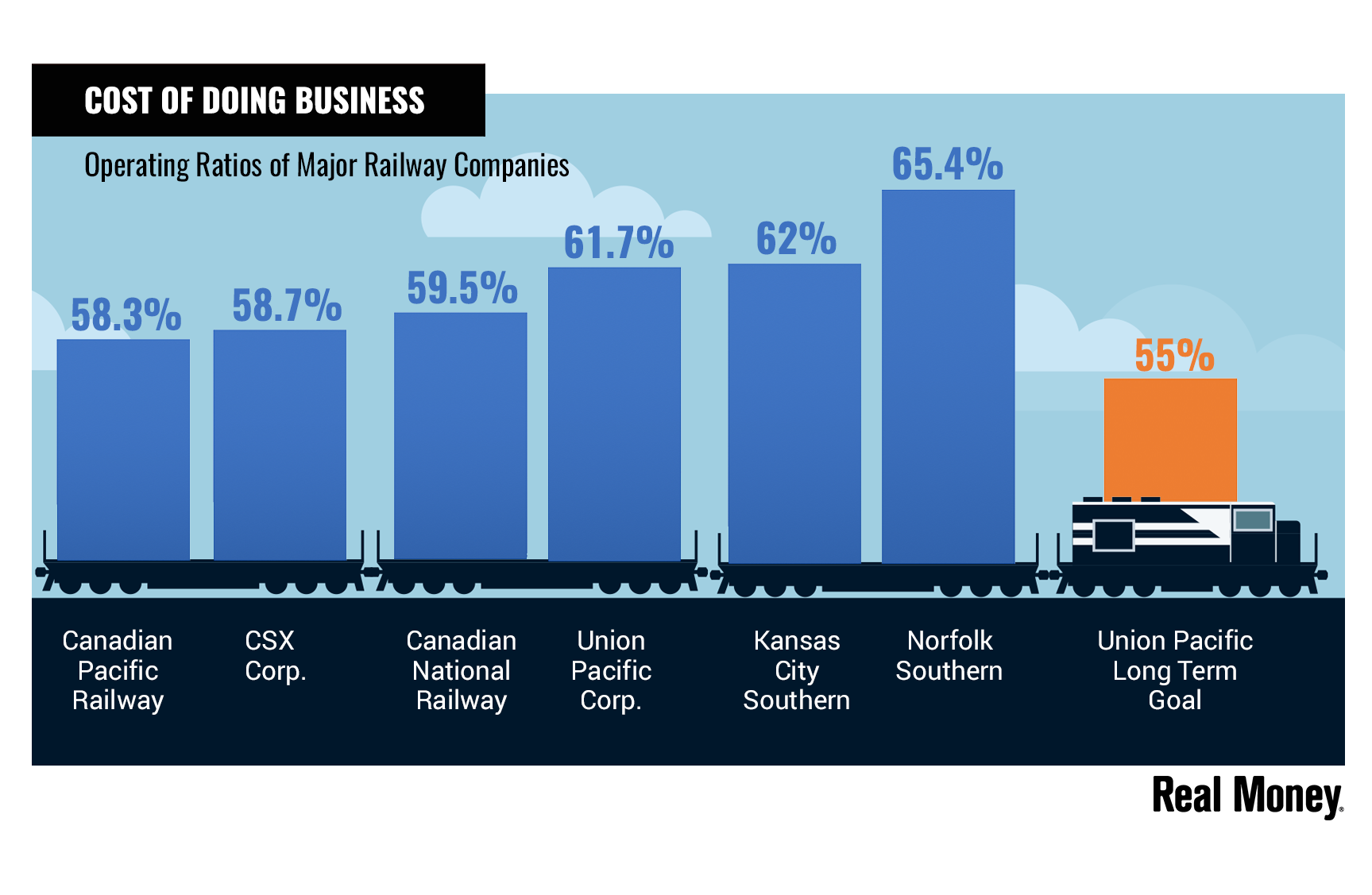 "The prevailing view in the rail industry is that more locomotives, more cars and more crews allow for the movement of more volume. Precision railroading challenges this view," a white paper on the system authored by Canadian Pacific Railway explains. "Because track and yard capacity is finite, adding more equipment creates congestion and slows down the system. While it may sound counterintuitive, reducing fleet size actually enables a railroad to move more volume, by running fewer and heavier trains, faster and on schedule, as assets can be utilized far more productively and can yield significant savings."

Buffett did not reject this outlook, and instead he praised the system's success at competing railway companies.

"We are not above copying anything that is successful, and there is a good deal that has been learned," Buffett told shareholders, expressing admiration for the business model.

"I doubt anyone is interested in unprecision in railroading," added vice chair Charlie Munger, to the laughter of the crowd.

The endorsement of the system is interesting as Buffett owns and operates the Burlington Northern Santa Fe railroad company, the second-largest railroad company in the United States.

Further, the railroad's executive chairman Matt Rose retired just last month, leaving the company currently without such a role. Carl Ice, the current CEO, will remain as the top executive sans such oversight. Without the longtime guiding hand, it will be interesting to see what changes are made.

The operating ratio at the Berkshire-owned property is currently quite high by industry standards, charting at 65.6% at the close of 2018. That is markedly higher than 58.3% noted by the Harrison-transformed Canadian Pacific Railway in recent filings and well above the 55% target set by Union Pacific (UNP) under Harrison disciple Jim Vena.

Both Buffett and Wall Street would likely prefer this ratio to fall more closely in line with the industry norm.

There are the issues of scale and service, however, which is likely the reason Buffett remained non-committal on a pursuit of a precision model.

"The board does not want to see any carrier implement so-called PSR the way CSX did," Ann Begeman, chairman of the Surface Transportation Board warned last year. "It had unacceptable impacts on so many of its shippers and, frankly, other carriers."

The governing body has authored numerous reports in the past year trying to balance the service needs of those receiving railcar shipments with the railroad companies focused on cutting costs.

Whether or not BNSF will sacrifice volume and service for the improved operating ratio will remain to be seen. But Buffett didn't get where he is now by ignoring good advice.

Get an email alert each time I write an article for Real Money. Click the "+Follow" next to my byline to this article.
TAGS: Earnings | Investing | Markets | Stocks | Transportation | Conglomerates | Industrials | U.S. Equity | Stock of the Day | Warren Buffett