Disney (DIS) stock is not shining on Wednesday, but that is no reason to faint like Snow White according to analysts on Wall Street.

The shares slid more than 5% after the open on Wednesday, setting up the Burbank-based company for its biggest earnings day-driven drop since 2015. However, this could set up an opportunity for those that missed the recent run if bullish analyst estimates hold water.

"We believe the focus and upcoming catalyst for shares remains the launch of Disney+ (and its announced bundle with ESPN+ and ad-supported Hulu at an attractively priced $12.99/month) and these results don't change our favorable outlook on the DTC products and expectations for rapid growth in subscribers," J.P. Morgan analyst Alexia Quadrani advised. "We see any pullback on the miss this quarter as a great buying opportunity for a powerful content play with an unmatched brand in front of an anticipated successful launch of Disney+ on November 12th."

With the Fox asset acquisition was the largest drag on results that has provoked the share reaction, that transaction remains top of mind for investors. Considering the over $70 billion price tag for the Fox assets, there is significant worry that, at the least, perhaps the company paid too much.

Yet, confidence in CEO Bob Iger's ability to make acquisitions work has remained steadfast for analysts following the stock.

"Acquiring Fox scaled Disney's content engine with an eye towards streaming," Morgan Stanley analyst Ben Swinburne wrote in a note to clients. "While Fox's F3Q earnings contribution came in below expectations, we remain confident in the long-term opportunity to improve operating performance and leverage its IP to drive Disney's DTC strategy."

He added that while it may take time to assess the price tag, there is room to remain positive on the progress that has been made and growth that remains available.

He retained a $160 price target for the shares, also advocating for the buying opportunity noted by J.P. Morgan.

Adding to the upside in the longer term, management reiterated its 2021 timeline to get the Fox deal accretive.

While that timeline may seem prolonged, Bob Iger's status as a star CEO is seen by analysts as a key factor stabilizing the shares through that finish line.

"Investors will give Disney much greater leeway than normal as management has built up credibility with prior M&A execution," Credit Suisse analyst Doug Mitchelson said. "Further, we expect that investors who are excited about the Company's transition to streaming and the upcoming Disney+ launch are unlikely to be shaken loose by even an estimate cut of this magnitude."

Between Now and November

Essentially, there is a question for investors who remain confident in the direct-to-consumer initiative as to when between now and Nov. 12 might be best to time a re-entry. 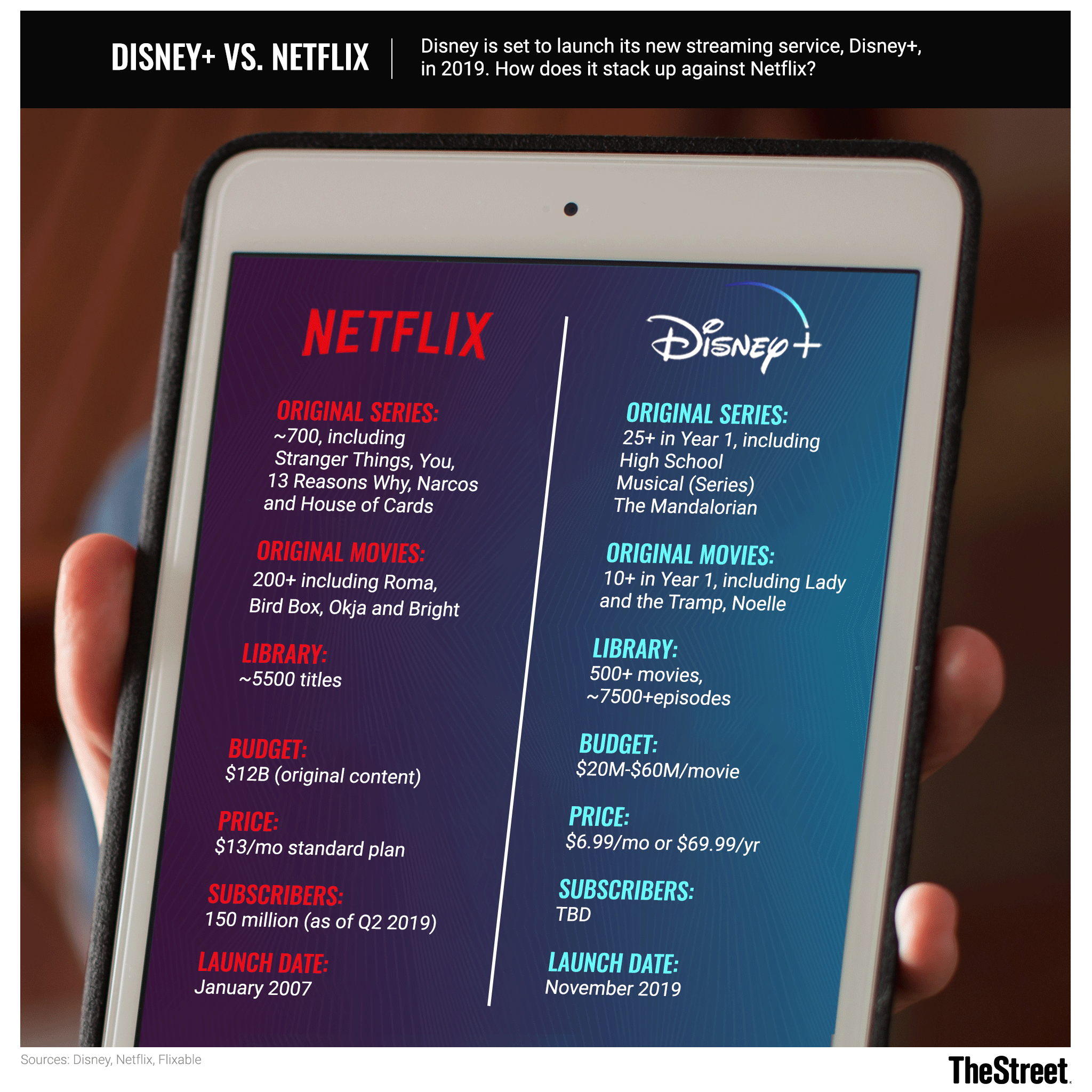 Barclays analyst Kannan Venkateshwar advised clients that while there may be some apprehension on the company's rapid run into earnings that might exacerbate some downside action, there remains a degree of safety in the range for the shares ahead of the Netflix (NFLX) competitor's foray into the consumer market.

"Overall, while the quarter wasn't great and earnings visibility in the story is likely to be limited in the upcoming quarters, the impact on Disney stock is likely to be limited going into the Disney+ product launch," he said. "Therefore, while we expect the stock to be range bound given the run up since investor day, we do expect it to outperform other names in media."

Still, there does remain the concern among skeptics, such as Real Money's Doug Kass, that such unanimous bullishness is a counter indicator for the course ahead.

For what the charts were telling investors into earnings click here. Follow Real Money's Bruce Kamich for more updates on the stock and where technically minded investors might examine opportunities.
Get an email alert each time I write an article for Real Money. Click the "+Follow" next to my byline to this article.
TAGS: Mergers and Acquisitions | Earnings | Investing | Markets | Stocks | Digital Entertainment | Resorts and Hotels | India | Analyst Actions | Stock of the Day