Let's check out the charts and indicators of WMware.

In this daily bar of VMW, below, we can see a choppy trading affair from last December until the end of October. From early November WMW gapped lower and continued to slide. Prices are now trading below the declining 50-day and 200-day moving average lines. We can see a bearish dead or death cross of these two averages in late September. The On-Balance-Volume (OBV) line drifted lower from June and then moved sharply lower from late October, telling us that sellers of VMW have been more aggressive than buyers. The 12-day price momentum study has been improving from early November, telling us that the pace of the decline is slowing.

In this weekly Japanese candlestick chart of VMW, below, we can see some lower shadows below $120, telling us that traders have begun to reject the lows. The slope of the 40-week moving average line is bearish. The weekly OBV line has been weak since the middle of 2019. The MACD oscillator is bearish and has yet to begin narrowing.

In this daily Point and Figure chart of VMW, below, we can see a potential downside price target in the $96 area. 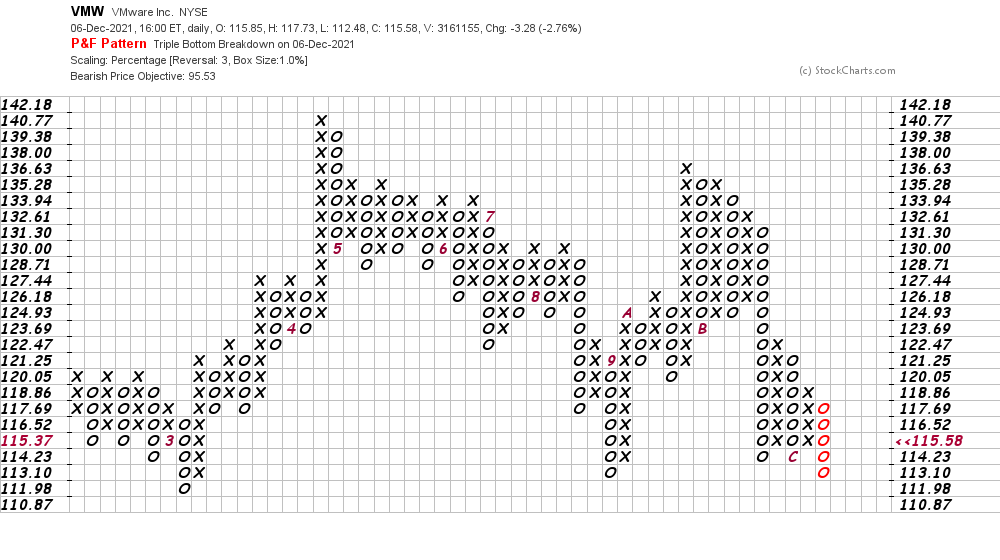 In this weekly Point and Figure chart of VMW, below, we used close-only price data and a traditional even-dollar scaling. Here the software suggests a potential bullish price target in the $179 area. 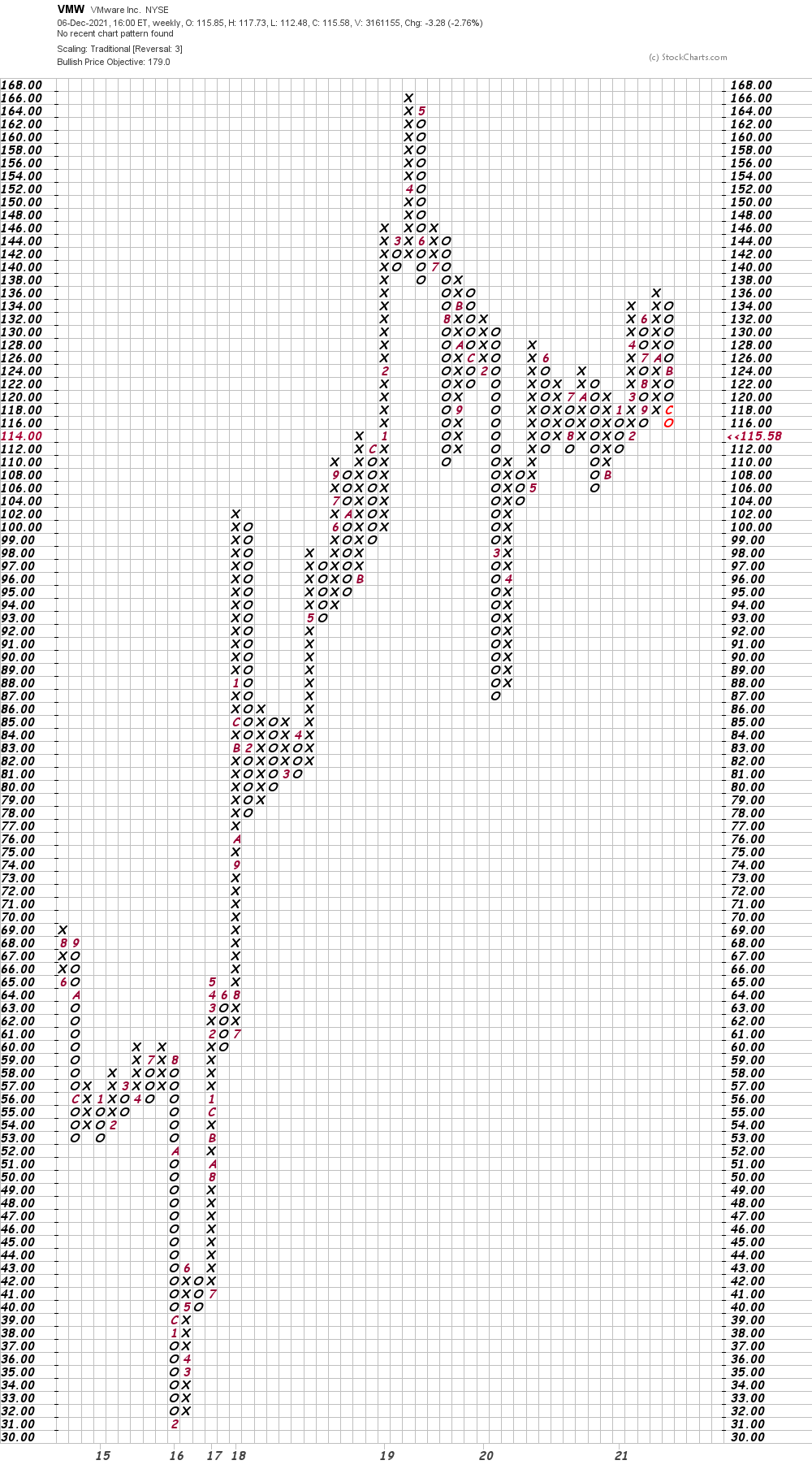 Bottom line strategy: The charts of VMW were not attractive in our Jan. 5 review,  but now we are seeing some light at the end of the tunnel. The lower shadows on the candle chart are a start, as is the improving momentum. I would wait for signs of aggressive buying, such as a rising OBV line, before committing money to the long side.
Get an email alert each time I write an article for Real Money. Click the "+Follow" next to my byline to this article.
TAGS: Investing | Stocks | Technical Analysis | Software & Services | Technology | Mad Money | Real Money