VMware Inc. (VMW) is expected to report its fiscal fourth-quarter results after the market close Thursday. I do not know how the numbers will be nor how investors are positioned for them but weakness in the broader market is overshadowing bullish news. In this kind of trading environment it does not pay to "fight the tape" as older market observers often say to younger participants.

Let's look at the charts.

The daily On-Balance-Volume (OBV) line has been weak since late November telling us that sellers of VMW have been more aggressive for a while now.

The Moving Average Convergence Divergence (MACD) oscillator is crossing below the zero line now for an outright sell signal.

In the weekly bar chart of VMW, below, we can see that the $130 level has acted as support several times since 2018. A  break of this level will put many investors "under water" and could well precipitate further declines. The slope of the 40-week moving average line is bearish/negative.
The weekly OBV line has been in a slow decline for months suggesting liquidation (selling). The MACD oscillator has been in bearish territory for a while now and is turning lower once again.

In this Point and Figure chart of VMW, below, a potential downside price target in the $111-$110 area is being projected. 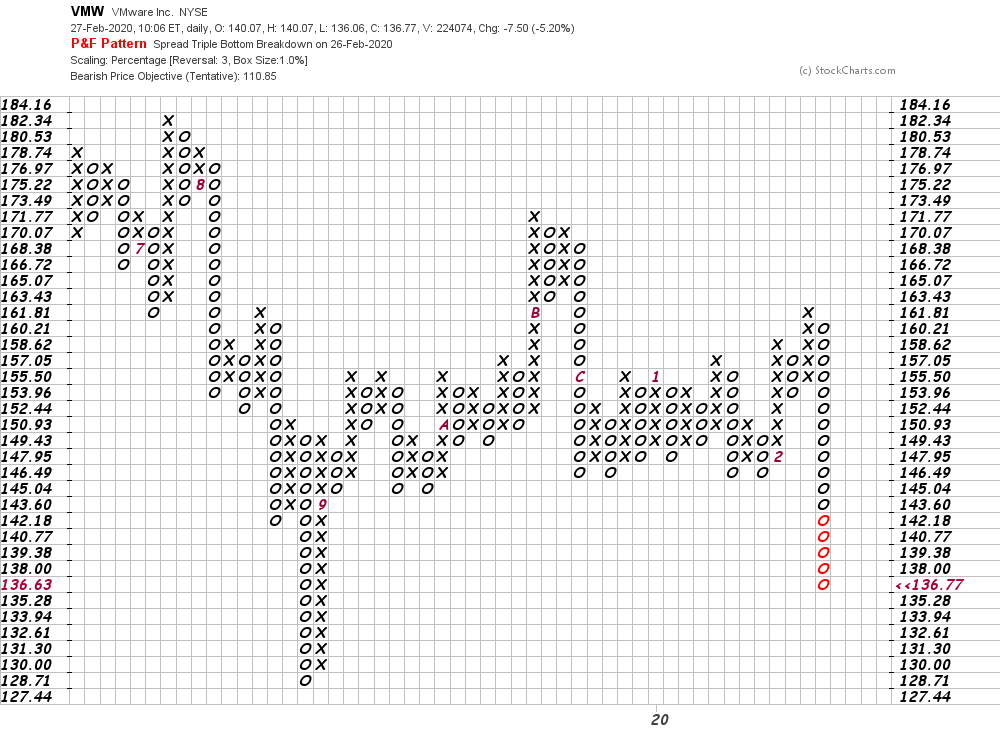 Bottom-line strategy: Will the $130 level hold? I kind of doubt it. Avoid the long side of VMW.
Get an email alert each time I write an article for Real Money. Click the "+Follow" next to my byline to this article.
TAGS: Investing | Stocks | Technical Analysis | Semiconductors & Semiconductor Equipment | Software & Services | Technology | Earnings Preview