Given the shift in the charts and data, we believe the weight of the evidence warrants a change in our near-term outlook for the major equity indices.

All of the major equity indices closed lower with broadly negative internals on the NYSE and Nasdaq as trading volumes rose on both exchanges. All closed at or near their intraday lows. 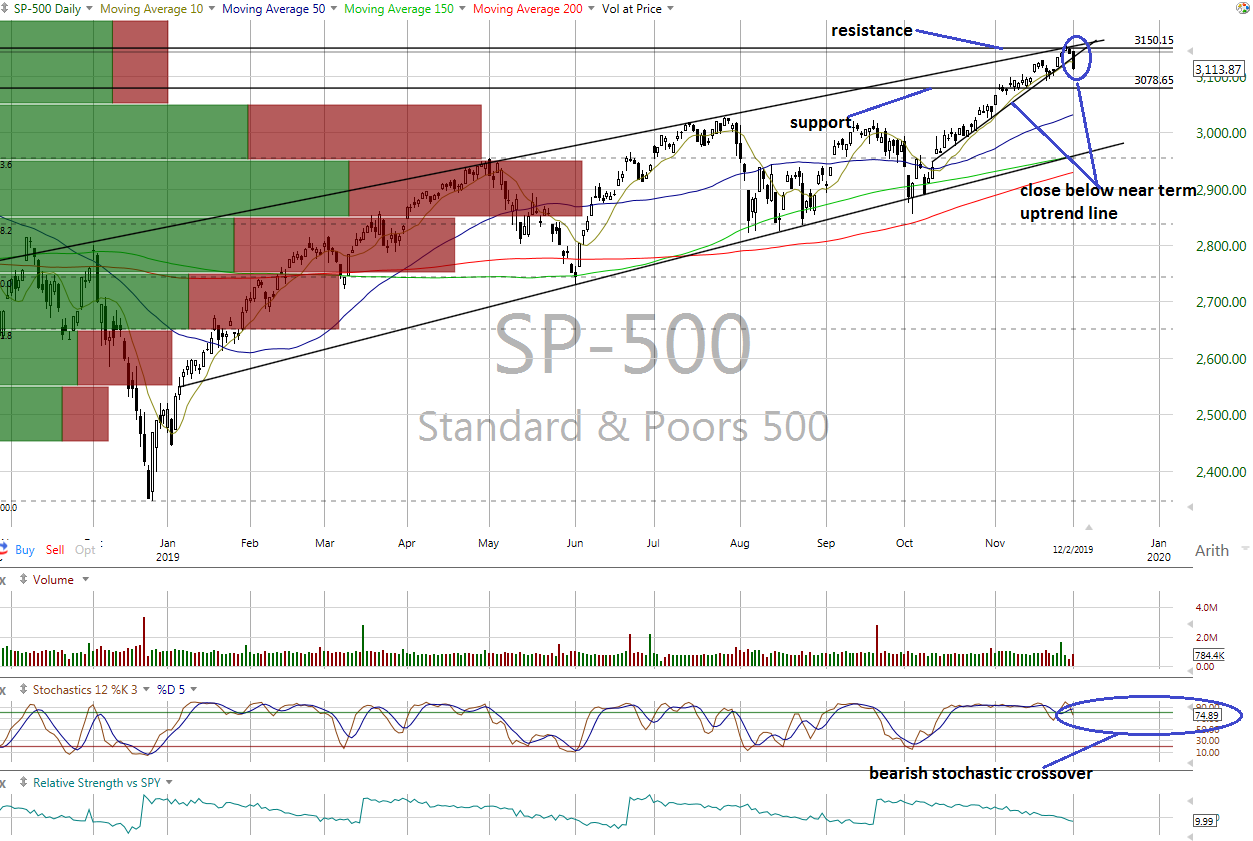 The charts saw weakness in the form of the S&P 500 (see above) and DJIA closing below their near-term uptrend lines, changing their trends to neutral from positive.

Of notable importance, in our opinion, was the breakout of the VIX (see below). As we have highlighted recently, the VIX was at low levels seen twice in the past 12 months prior to important market corrections. We would now add that in each of those cases, they were followed by three more days of volatility spikes, suggesting Monday's action may well not prove to be a one-day event. 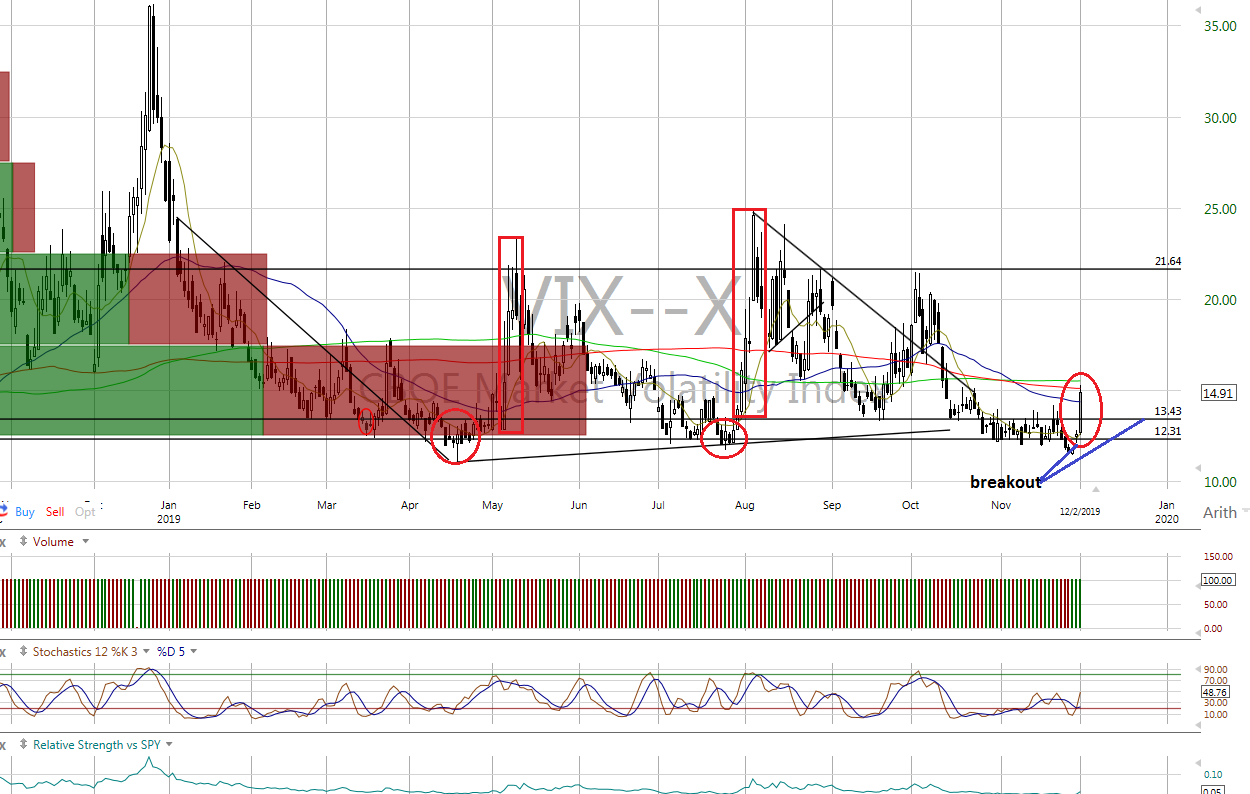 Meanwhile, the cumulative advance/decline lines for the All Exchange, NYSE and Nasdaq turned neutral from positive.

However, the Investor's Intelligence Bear/Bull Ratio (contrary indicator) is bearish at 17.3/58.1, suggesting an increase of excess bullish sentiment/complacency on the part of investment advisors.

In addition, the detrended Rydex Ratio (contrary indicator) remains bearish as well at +1.15 as the leveraged ETF traders have finally flipped to be their highest level of leveraged long over the past year. The psychology scales have now tilted negative.

The Open Insider Buy/Sell Ratio is neutral at 40.6.

Forward earnings estimates for the S&P 500 stand at $171.72 per share via Bloomberg, resulting in it now being fairly valued at an 18.1x forward P/E multiple vs. the "rule of twenty" fair value multiple at 18.2x.

The deterioration of the charts, market breadth, VIX readings, investor psychology and valuation warrant moving our near-term outlook to "negative" from "neutral/negative."