In his first Executive Decision segment of Tuesday's "Mad Money" program, Jim Cramer spoke with Hans Vestberg, chairman and CEO of Verizon Communications (VZ) , the telecom that on Tuesday posted a top- and bottom-line beat for the fourth quarter.

Vestberg said Verizon has invested over the past three years to get to where it is today. His company now has seven vectors of growth, including 5G wireless, which now covers more than 95 million people in the U.S.

When asked about the headlines concerning 5G interference with airline operations, Vestberg said Verizon is working with the Federal Aviation Administration and the airlines to resolve any potential interference issue.

When asked about the company's financial outlook, Vestberg noted that Verizon always has been financially disciplined and is growing revenue and earnings while still remaining committed to its dividend. Verizon has increased its dividend payout every year for the past 15 years, he said, all while still investing into its business and paying down debt.

In our last review of VZ back on June 25 we wrote, "VZ could continue to trade sideways but an upside breakout could get going around the middle of July. Stay tuned." Unfortunately, the share price of VZ continued to sink.

In this updated daily bar chart of VZ, below, we can see that VZ was only stable in July and did not muster an upside breakout. Prices continued lower into December and then bounced to cross above the 50-day moving average line and test the underside of the declining 200-day line. VZ currently trades between these two lagging indicators. The On-Balance-Volume (OBV) line shows a decline from May to early December followed by what may be some stability. The Moving Average Convergence Divergence (MACD) oscillator crossed above the zero line in December for a buy signal, but it has weakened recently.

In this weekly Japanese candlestick chart of VZ, below, we can see a longer-term decline, but the two most recent candles are long-legged doji and tell us there is a balance between bulls and bears. Prices are trading below the declining 40-week moving average line. The weekly OBV line has been weak for the past 18 months or so. The MACD oscillator has only signaled a cover shorts buy signal last month.

In this daily Point and Figure chart of VZ, below, we used a percentage movement scaling and we can see a potential upside price target of $65. 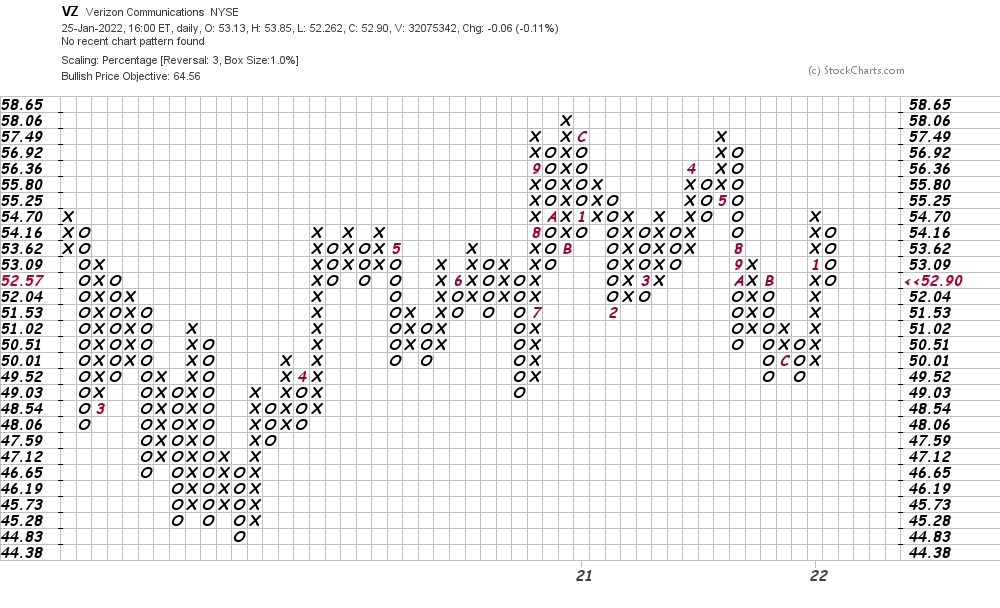 In this second Point and Figure chart of VZ, below, we used weekly price data and also a percentage scaling for a $65 target. 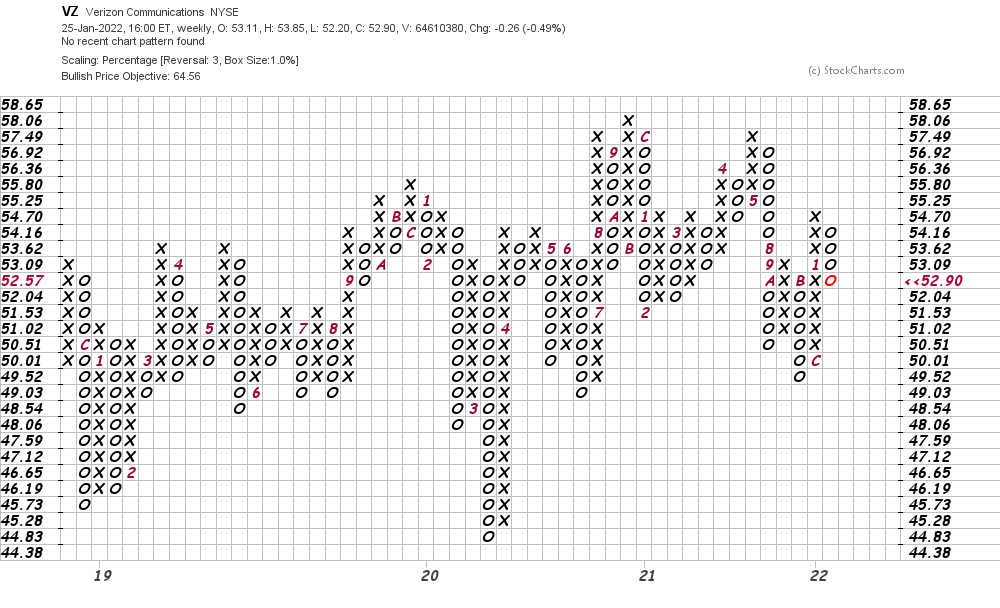 In this last weekly Point and Figure chart of VZ, below, we used a traditional even-dollar scaling and here the chart shows us a bearish target of $43. 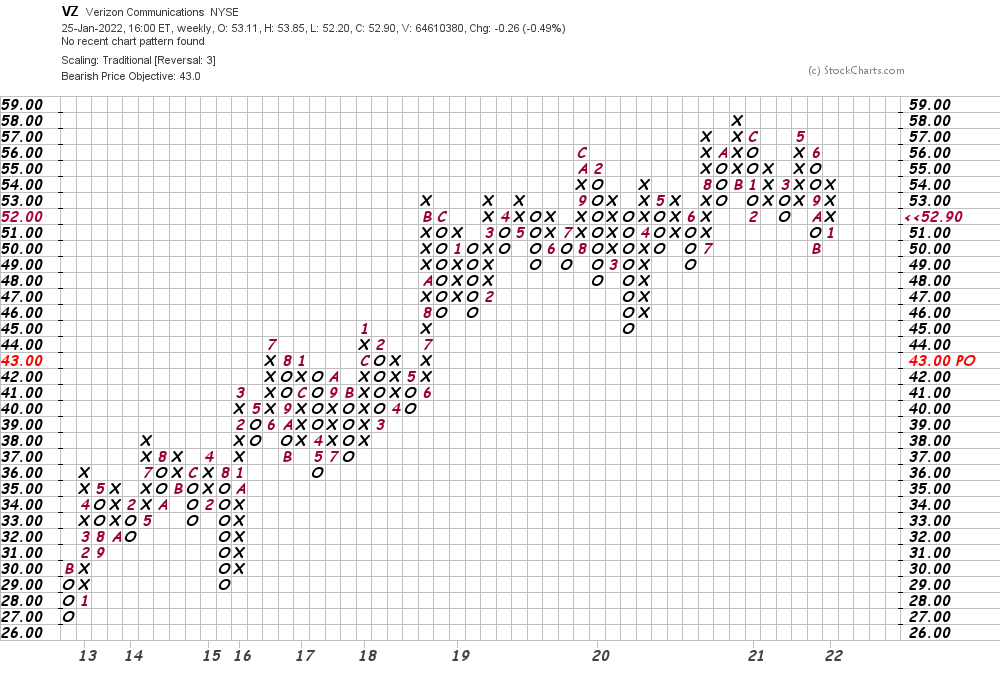 Bottom line strategy: It is interesting that the two most recent weekly candles are doji. Bulls and bears are in balance and we have one Point and Figure chart with an upside target and another chart with a downside target. I would stand aside for now and wait a bit for the dust to settle.

Get an email alert each time I write an article for Real Money. Click the "+Follow" next to my byline to this article.
TAGS: Investing | Stocks | Technical Analysis | Telecommunications | Mad Money | Executive Interview | Real Money | Telecom Services

I Challenge You: Tell Me Why I Should Like Boeing?

Here's why the case for buying BA looks a little like B.S.