The bulk of the major equity index charts remain in short-term uptrends while the data remains largely neutral. However, valuation is becoming less compelling as earnings season gets ready to kick off.

Where will this lead us? Let's take a close look.

Notable technical events were generated on the S&P 500 (see below) and DJIA as both closed at new all-time highs. Also, the Transports managed to close back above its 50-day moving average.

As such, we find all of the indices staying in short-term uptrends with the exception of the Transport's being neutral. 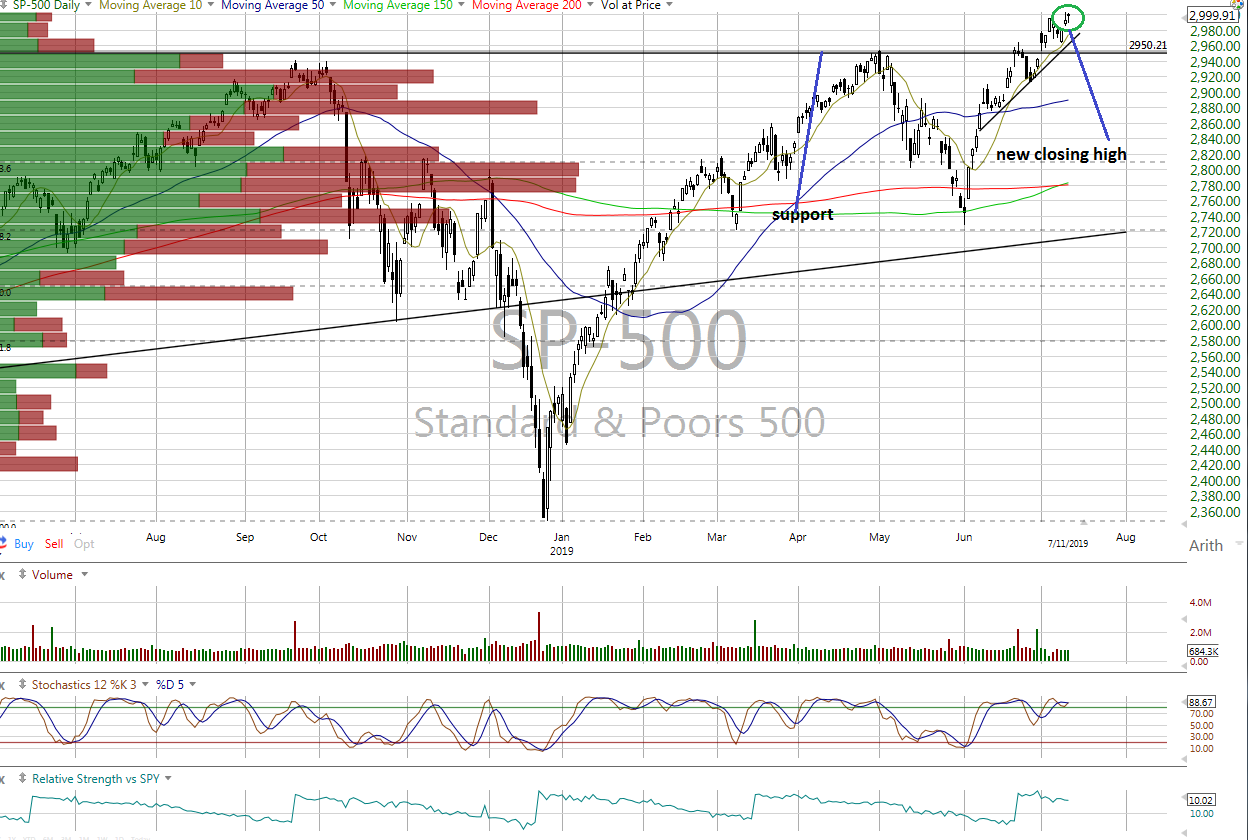 The cumulative advance/decline lines remain positive on the NYSE and All Exchange and neutral on for the Nasdaq.

High "volume at price" (VAP) levels remain supportive on the S&P, DJIA, Nasdaq Composite and S&P MidCap Index. They are resistant on the Transports and Value Line Arithmetic Index.

The one-day McClellan Overbought/Oversold Oscillators are all neutral (All Exchange:+9.43 NYSE:+12.5 Nasdaq:+7.67).

The detrended Rydex Ratio (contrary indicator) at +0.54 is neutral as is the Open Insider Buy/sell Ratio (72.2).

Tuesday's AAII Bear/Bull Ratio (contrary indicator), at 32.0/30.33, is neutral as well. We continue to view this lack of enthusiasm on the part of the crowd as a positive.

The 12-month forward consensus earnings estimate from Bloomberg for the S&P 500 dipped to $173.97 per share, leaving the forward P/E multiple at 17.2x, while the "rule of twenty" finds fair value at 17.9x. This narrows the S&P to being only slightly undervalued. As such, we find valuation is less compelling than previously viewed but not negative.

The earnings yield stands at 5.8%.

We are maintaining our near-term "neutral/positive" outlook for the major equity indices given the current state of the charts and data. However, as we approach fair value, further gains of note may be harder won before second-quarter earnings are announced.