Ishbia said UWM is using the latest technology to make the process of getting a mortgage faster, easier and cheaper than ever before, which according to Ishbia makes the company less sensitive to higher interest rates than other mortgage companies.

When asked why the company's share price is down 38% for the year, Ishbia said people just haven't heard the UWM story. He said UWM is a competitive company that's in it to win, and it isn't afraid to take on the market leader, Rocket Companies (RKT) .

In this daily bar chart of UWMC, below, we can see that prices rallied in December but then plunged in the new year. UWMC is below both the declining 50-day moving average line and the bearish 200-day moving average. Trading volume has increased since December and has not dried up into the recent low. The On-Balance Volume (OBV) line moved sharply lower this year and only made a bounce recently when volume temporarily spiked early this month. The trend-following Moving Average Convergence Divergence (MACD) oscillator is bearish.

In this weekly bar chart of UWMC, below, we see a bearish picture with prices trading below the declining 40-week moving average line. The MACD oscillator is clearly bearish.

In this Point and Figure chart of UWMC, below, we used daily price data and a traditional even-dollar scaling approach. There is no downside or upside price target at this time, but I would not consider the chart bullish and a trade at $7.00 will be bearish. 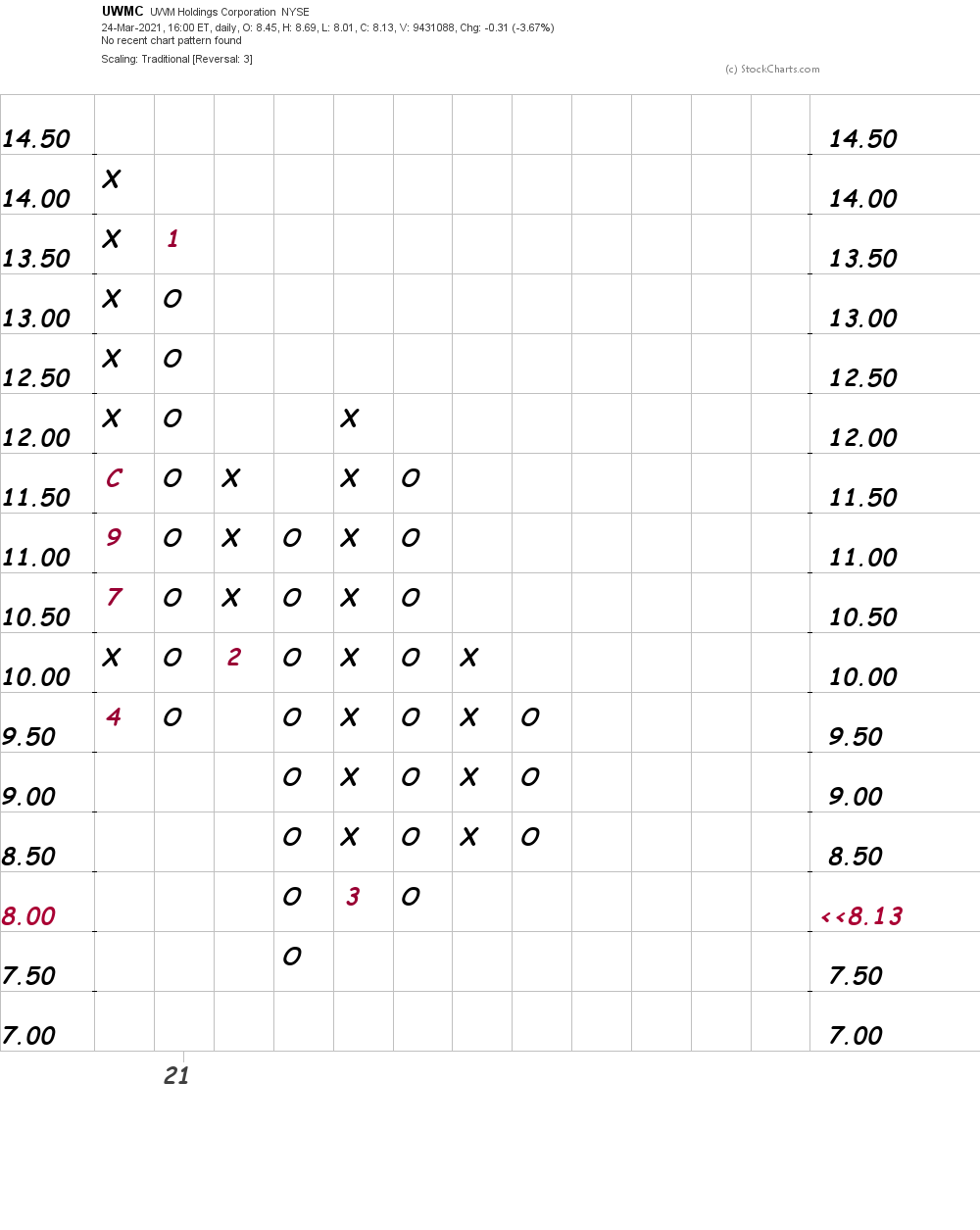 Bottom line strategy: I do not find the charts and indicators of UWMC attractive. Avoid the long side.

Get an email alert each time I write an article for Real Money. Click the "+Follow" next to my byline to this article.
TAGS: Interest Rates | Investing | Stocks | Technical Analysis | Financial Services | Fintech | Mad Money | Executive Interview | Real Money