We are short-term overbought. Not every metric I use to determine an overbought condition is that way, but most are.

My own Overbought/Oversold Oscillator is. That is based on breadth. It is the 10-day moving average of net breadth, and you can see that even though the market was up and breadth was positive on Friday, the Oscillator ticked down a bit. That's because breadth has been positive for eight of the last 10 trading days. Remember this is a momentum indicator so what it is telling us is that upside momentum is slowing.

If we use the McClellan Summation Index we discover that while this particular indicator is heading up (bullish) and now over the zero line (bullish) it now requires a net differential of net negative 5,000 issues (that's advancers minus decliners on the NYSE) to halt the rise. As you can see on the chart below, each time we have gotten this extreme we've seen a dip/pullback.

Even if you look at the left side of the chart, in the early days off the March 2020 low the market saw short-term pullbacks from similar overbought conditions. Here it is matched up against the Russell 2000. 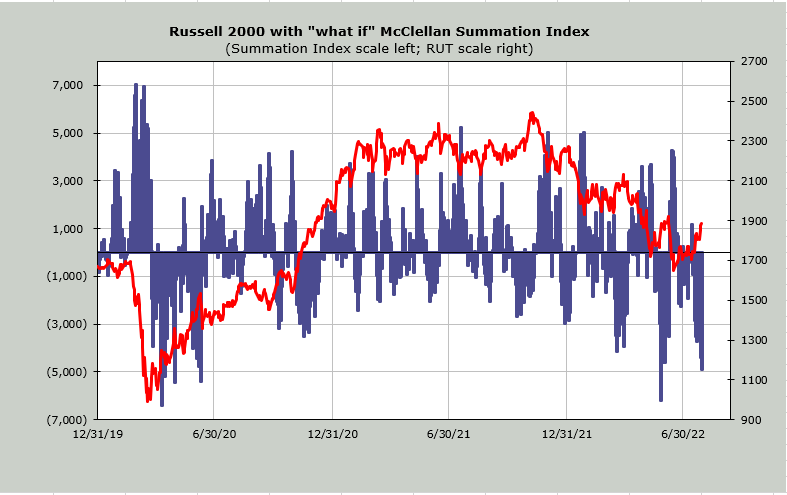 Then there is the chart of the S&P 500, which is just about at resistance (4,200), but more than that, as previously noted, the pattern in this rally has been stair-step since the mid June low. So a pullback sometime this week makes sense.

What doesn't make sense, at least to me, is that in all the other rallies this year folks have warmed up to the market in fairly quick order. That has not been the case this time. Oh sure, folks are more bullish than they have been, but consider that the put/call ratio has only been under 0.9 four times since the June low and not once since July 15. That's right, not once in the final two weeks of July.

I can almost understand the more slow moving surveys like the American Association of Individual Investors (AAII) or the National Association of Active Investment Managers (NAAIM) not showing an embracing of the rally in their readings last week. They ought to see a shift when released this week, but even if you look at the late May rally, the NAAIM folks increased their exposure from 20 to 50 and that rally lasted only two weeks. This one is six weeks in the making and they are still at 42 as of last Wednesday. 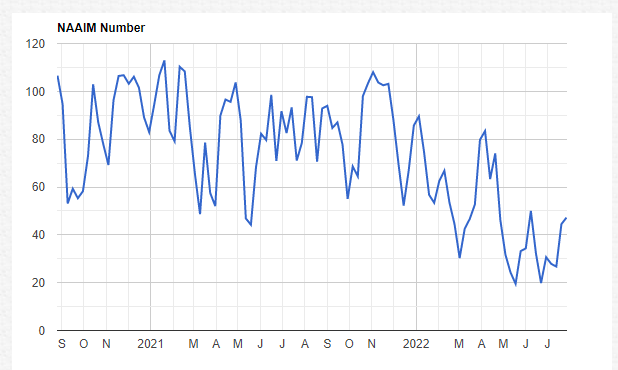 So while I expect some volatility and a pullback in early August, I think for now the stair step pattern should continue which means if we get that pullback we should then rally again.