Union Pacific Corp. (UNP) was mentioned by Jim Cramer in his Real Money column and during Tuesday night's Mad Money program. Let's put on our engineer's hat and take a look at the charts and indicators.

In the daily bar chart of UNP, below, we can see that prices have been testing the $180 area several times -- April, May, July, August and now in early November. So far profit-taking and/or selling resistance has capped the upside, but the overall pattern I see suggests that prices will soon break out to the upside.
UNP is trading above the both the rising 50-day moving average line and the 200-day moving average line. The 50-day line is moving up fast and could soon close above the 200-day line for a bullish golden cross.
The trading volume looks like it has increased from late September and that gives us another reason to like the long side here. The daily On-Balance-Volume (OBV) is a simple math-driven way of looking at volume and it is close to an upside breakout above all the highs since April.
The Moving Average Convergence Divergence (MACD) oscillator crossed above the zero line in October and is at its best level since February.

In the weekly bar chart of UNP, below, we can see a large consolidation pattern. Prices are close to an upside breakout. UNP is above the rising 40-week moving average line.
The weekly OBV line is strong and pointed higher and tells us that investors have been more aggressive buyers. The MACD oscillator on this time frame is turning up to a new outright go long signal.

In this first Point and Figure chart of UNP, below, we can see that a trade at $180.53 will be a new high and breakout on this chart. A $195 price target is being projected. 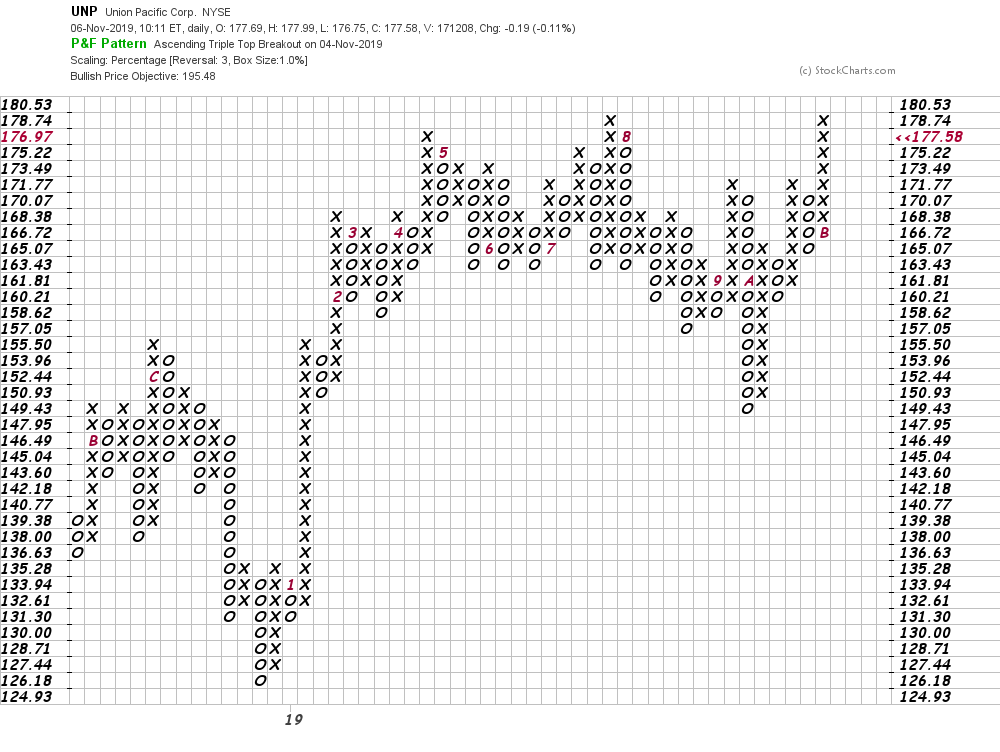 In this second Point and Figure chart of UNP, below, we used weekly close-only data. Here the chart shows a longer-term price target of $217. 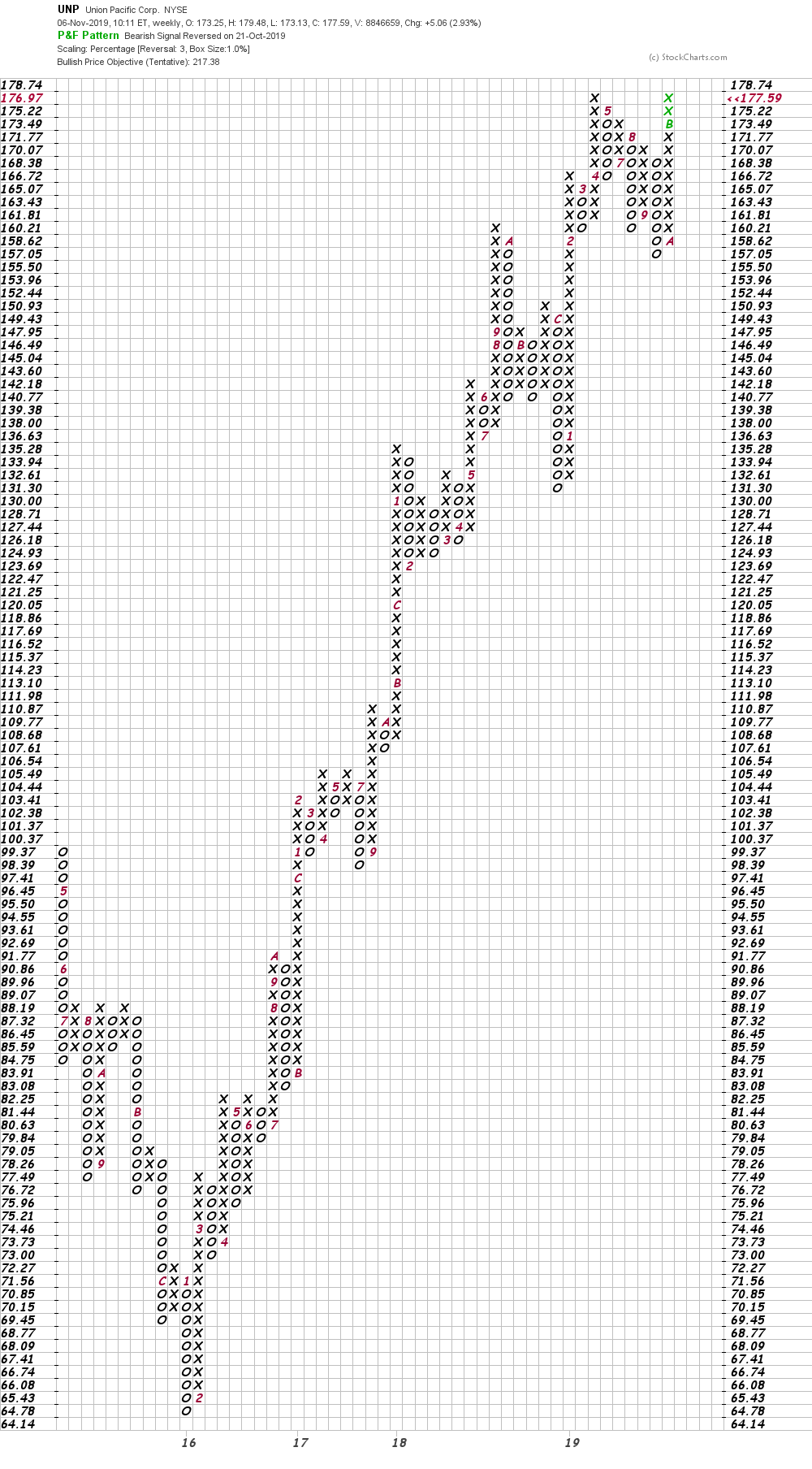 Bottom-line strategy: The four charts of UNP, above, tell a bullish story. Traders could go long UNP here and on strength above $180.53. Our price targets for now are $195 and then the $220 area. Risk a close below $170 for now.
Get an email alert each time I write an article for Real Money. Click the "+Follow" next to my byline to this article.
TAGS: Investing | Stocks | Technical Analysis | Transportation | Mad Money

These well-known names are displaying both technical and quantitative deterioration.

Buying a Stock Is Easy - Selling It Is the Hard Part

Selling requires you to be honest with yourself, which may be the biggest challenge in trading and investing.

Is Investing in Stocks Just a Form of Gambling?

Market participants like to believe they aren't gamblers but there's no denying that luck plays a major role in the investment process.

'Sell the News' Sellers Are Sold Out by Apple Buyers

This market simply has no fear of staying with the big-cap tech names that have been leaders for so long.