Despite broad market weakness, Under Armour, Inc. (UAA) looks poised for an upside breakout in the near future. Let's try on a few charts and indicators to see if a year-end rally fits.

In the daily bar chart of UAA, below, we can see three or four attempts to break above the $24-$25 area. There is an upside probe in early June and another attempt at the end of the month. In early November there is another probe and more at the tail end of November and early December. Prices are currently positioned above the rising 50-day moving average line and the bullish 200-day line.

The daily On-Balance-Volume (OBV) line shows a rise from early February and during the price decline from June to October. The OBV line is just a fraction away from a new high to confirm the price gains.

In the bottom panel is the Moving Average Convergence Divergence (MACD) oscillator, which is above the zero line in a bullish alignment.

In the weekly chart of UAA, below, we can see a bottom formation with a horizontal neckline at $25. Prices are above the rising 40-week moving average line. The weekly OBV line shows a peak in early June and a stable line the past three months. This is not the most robust OBV line but it isn't the worst.

In this Point and Figure chart of UAA, below, we can see that a trade at $25 would be a triple top breakout and open the way for a rally to the $36 area initially. 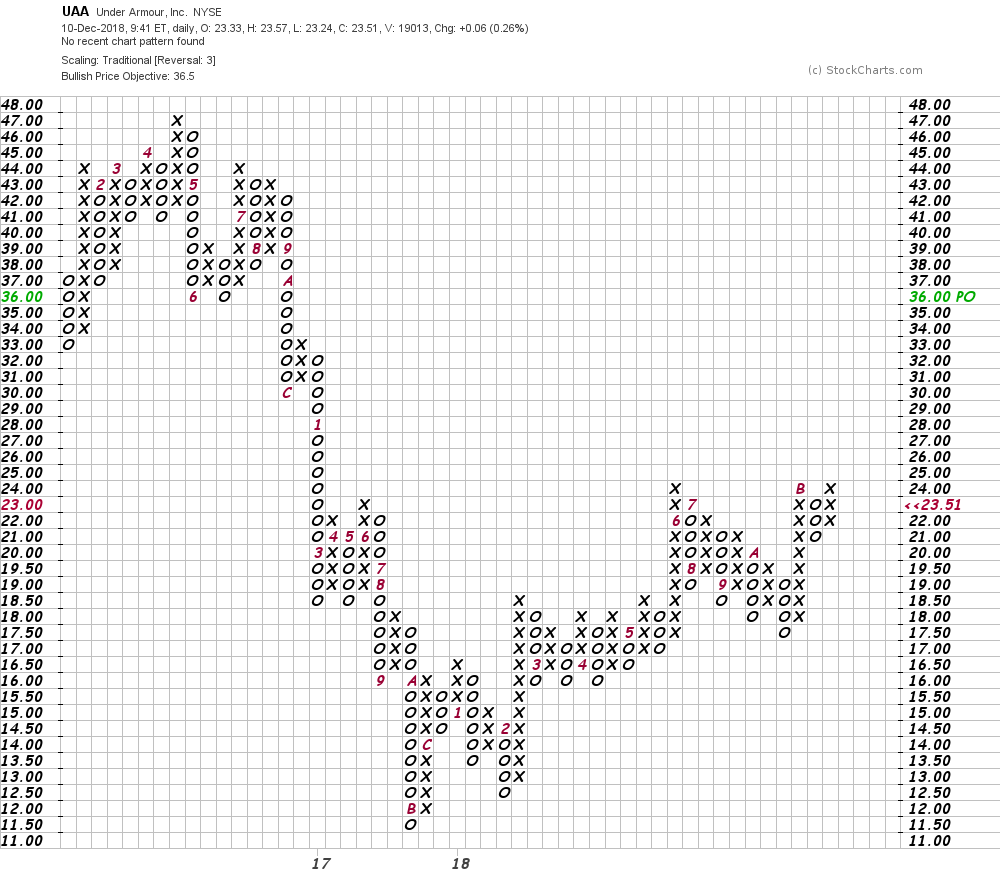 Bottom-line strategy: UAA looks poised for a breakout over $25 and a possible rally to the mid-to upper $30s. Risk a close below $21.

Get an email alert each time I write an article for Real Money. Click the "+Follow" next to my byline to this article.
TAGS: Investing | Stocks | Technical Analysis | Apparel | Consumer Discretionary