Uber Technologies (UBER) is making some noise on Tuesday morning as the end of its quiet period post-IPO has Wall Street analysts buzzing.

Shares of the San Francisco-based ridesharing leader bounced nearly 2% in early trading moving toward its initial IPO pricing on May 10. The recovery comes up from a precipitous post-IPO move that led to a low of about $36 per share in its second day of trading.

The positive stock implication comes as a slew of "Buy" ratings flow in from Wall Street analysts no longer beholden to the quiet period required after their firms underwrote the massive IPO.

After a steep slide after the IPO, the majority of analysts publishing research on Tuesday concurred, noting significant upside potential for the shares that remain below the initial offering price.

"We see Uber as the most attractive Internet IPO since Facebook (FB) and believe that concerns related to Uber's profitability outlook pose less risk than Facebook's transition to mobile at that time," Deutsche Bank analyst Lloyd Walmsley told clients.

After a spate of such positive analyst notes, the FactSet consensus has risen sharply to $53.75 with a consensus "Buy" rating.

Still, the headline risk of massive losses remains a lingering issue for many investors cautious on the cash-burning giant. The company reported a loss of $1 billion for the first quarter at the end of May which, while actually less than was anticipated, encourages some skepticism of a path to profitability.

Analysts appear to be keying in on comments from CEO Dara Khosrowshahi that noted an improving competitive landscape against key domestic rival Lyft (LYFT) .

"The competition is going to be more healthy, based on brand and product and technology, which is the right way to compete versus throwing money at the problem," he said during the company's recent earnings call.

The key criticism that each company has faced is in terms of racing to the bottom on prices and increasing spending on drivers to dominate the market. The comments from Khosrowshahi appear to have encouraged the view that this risk could eventually roll off, allowing margins and profitability to improve. 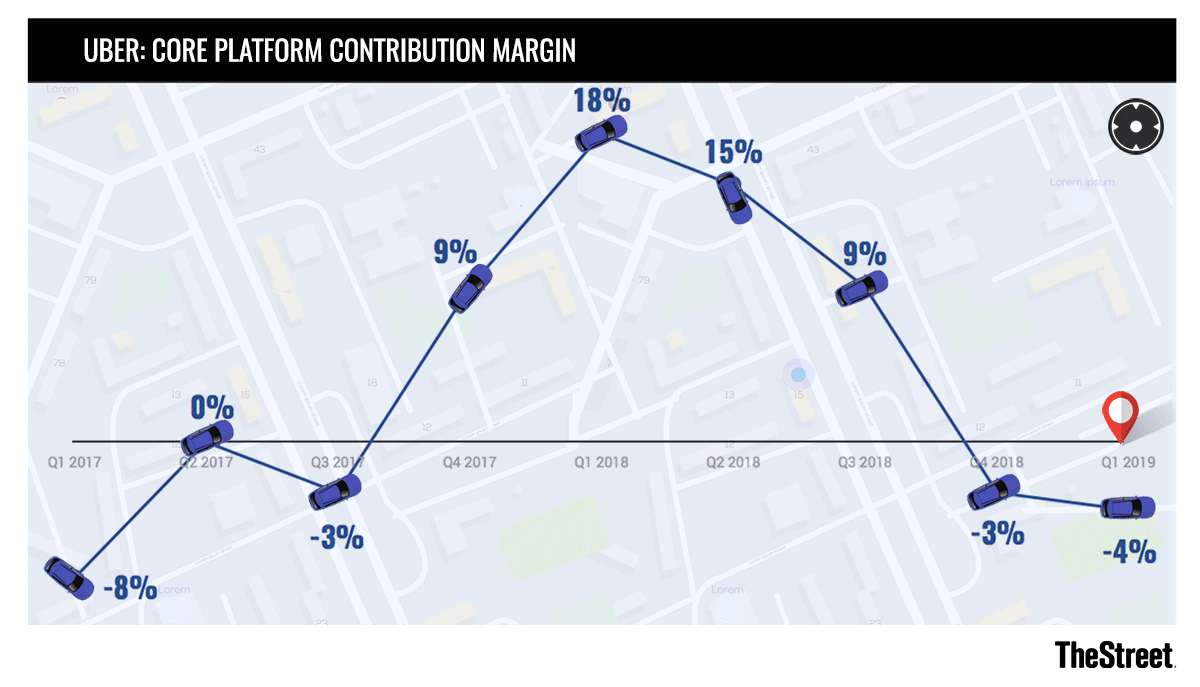 "We think investors and the press are far too negative on the long-term profit potential at Uber, given intense competition in the US market that has led to significant losses," Walmsley said. "Both Uber and Lyft have cited an improving competitive landscape, and we think challenging IPOs for Uber and Lyft may hasten more rationality from private global rideshare companies operating in new markets, though admittedly this could take time. On valuation, investors are not giving Uber the benefit of the doubt."

With price targets reaching as high as $80 per share it would appear that Wall Street believes the stock has been weakened too much to ignore at this point.

Get an email alert each time I write an article for Real Money. Click the "+Follow" next to my byline to this article.
TAGS: IPOs | Earnings | Investing | Markets | Stocks | Automotive | Software & Services | Technology | Analyst Actions | Stock of the Day