During Friday's Mad Money program host Jim Cramer looks at some of the companies that are set to release earnings in the upcoming week. He pointed out Tyson Foods Inc. (TSN) for Monday.

Action Alerts PLUS holding Tyson had been in the sweet spot, according to Cramer, but is now suffering from plant closures. The company reported their numbers this Monday morning, saying lower levels of productivity and higher costs of production it has experienced recently are likely to continue in the short term until the effects of Covid-19 diminish.

The daily On-Balance-Volume (OBV) line has hardly improved from March suggesting that buyers of TSN are not all that aggressive in buying more shares. The Moving Average Convergence Divergence (MACD) oscillator has climbed back to the zero line but price weakness Monday is likely to cut short a bullish signal.

In the weekly bar chart of TSN, below, we can see that prices were more than cut in half this year and broke the lows of 2018. The 40-week moving average line has a negative slope and the weekly OBV line has been in a decline from last May.

The weekly MACD oscillator is below the zero line and probably several weeks away from a cover shorts signal if prices can rally.

In this daily Point and Figure chart of TSN, below, shows an upside price target of $72 but a trade at $58.65 will be a new low for the move down and turn the chart bearish. 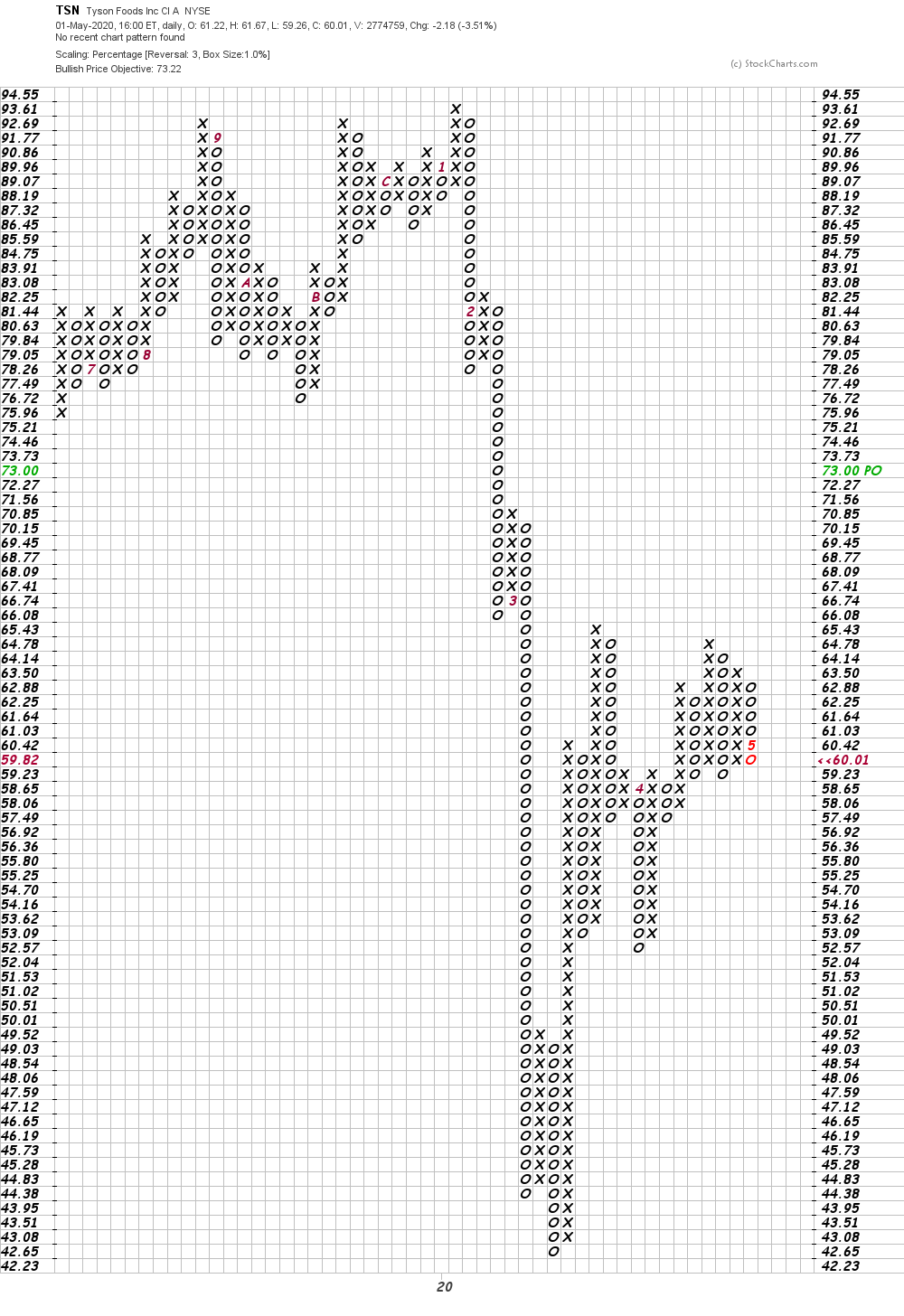 Bottom-line strategy: Shares of TSN could retest the $55-$50 area in the days ahead. Trade accordingly.
(Tyson Foods is a holding in Jim Cramer's Action Alerts PLUS member club. Want to be alerted before Jim Cramer buys or sells TSN? Learn more now.)
Get an email alert each time I write an article for Real Money. Click the "+Follow" next to my byline to this article.
TAGS: Earnings | Investing | Stocks | Technical Analysis | Food & Staples Retail | Mad Money

Should You Buy Micron Technology Ahead of Earnings?

The chipmaker reports its latest quarterly results this week.