Shares of Twitter, Inc. (TWTR) jumped Monday as the Wall Street Journal reported that Elliott Management has purchased a $1 billion position in the social media company and nominated four directors to Twitter's board. The activist investor has been in talks with the company about finding a full-time CEO. For now, goes the story, Elliott is working with the company, rather than waging a public campaign. Elliott Management, founded by Paul Singer, is one of the oldest fund managers of its kind.

Let's check out the charts of TWTR.

The On-Balance-Volume (OBV) line started to strengthen in early November and tells us that buyers (such as Elliott Management) have been more aggressive. The Moving Average Convergence Divergence (MACD) oscillator has turned down for a take profits sell signal recently.

In the weekly bar chart of TWTR, below, we can see that prices have been in a $26 to $46 trading range for around two years. This wide and long consolidation pattern could support a big rise should we see an upside breakout. The stock price is just below the declining 40-week moving average line.
The weekly OBV line has been neutral since last April. The MACD oscillator crossed to the upside early this year for a cover shorts buy signal.

In this first Point and Figure chart of TWTR, below, daily price data project a downside price target of $25. 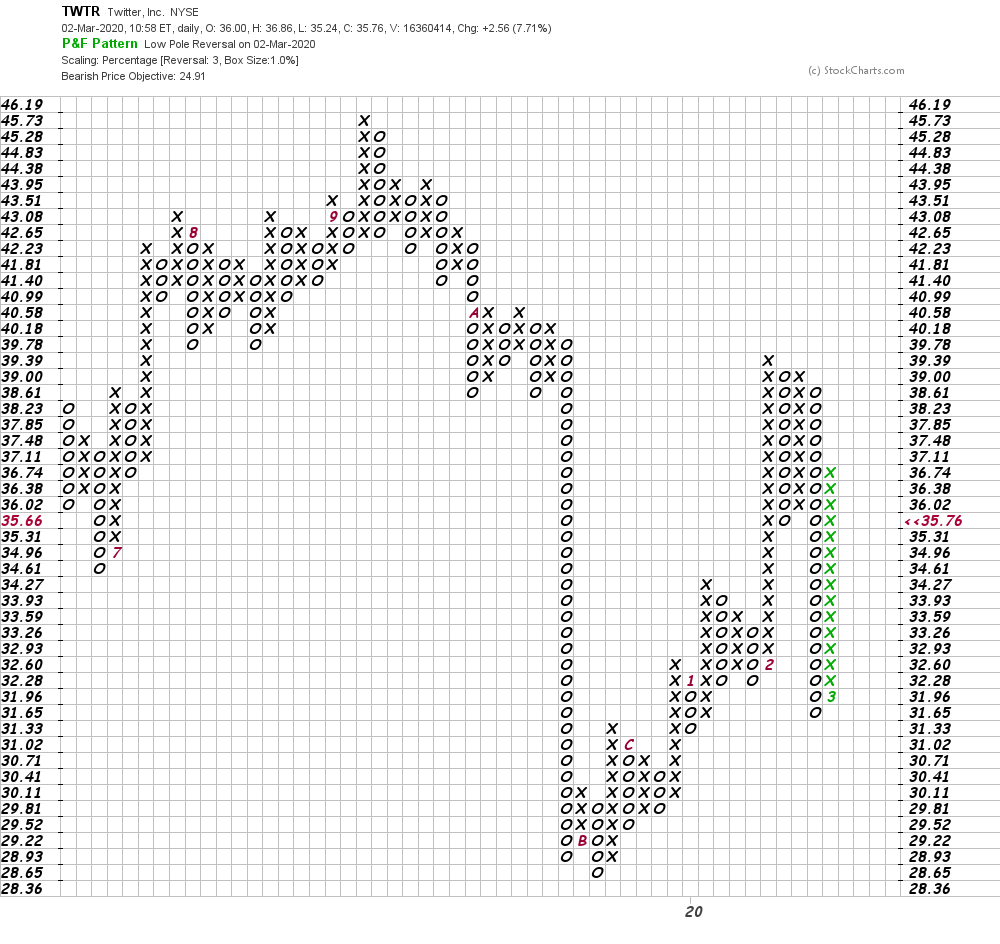 In this second Point and Figure chart of TWTR, below, we used weekly close-only price target to construct the chart. Here a possible upside price target of $49 is being suggested.

Bottom-line strategy: I would sooner trade with Elliott Management than against it but risking a close below $31.
Get an email alert each time I write an article for Real Money. Click the "+Follow" next to my byline to this article.
TAGS: Activist investing | Investing | Stocks | Technical Analysis | Asset Manager | Media