Some index charts are weakening, along with market breadth, adding to our other concerns.

Technical damage was registered Friday as there were violations of support and 50-day moving averages with some trends turning negative. 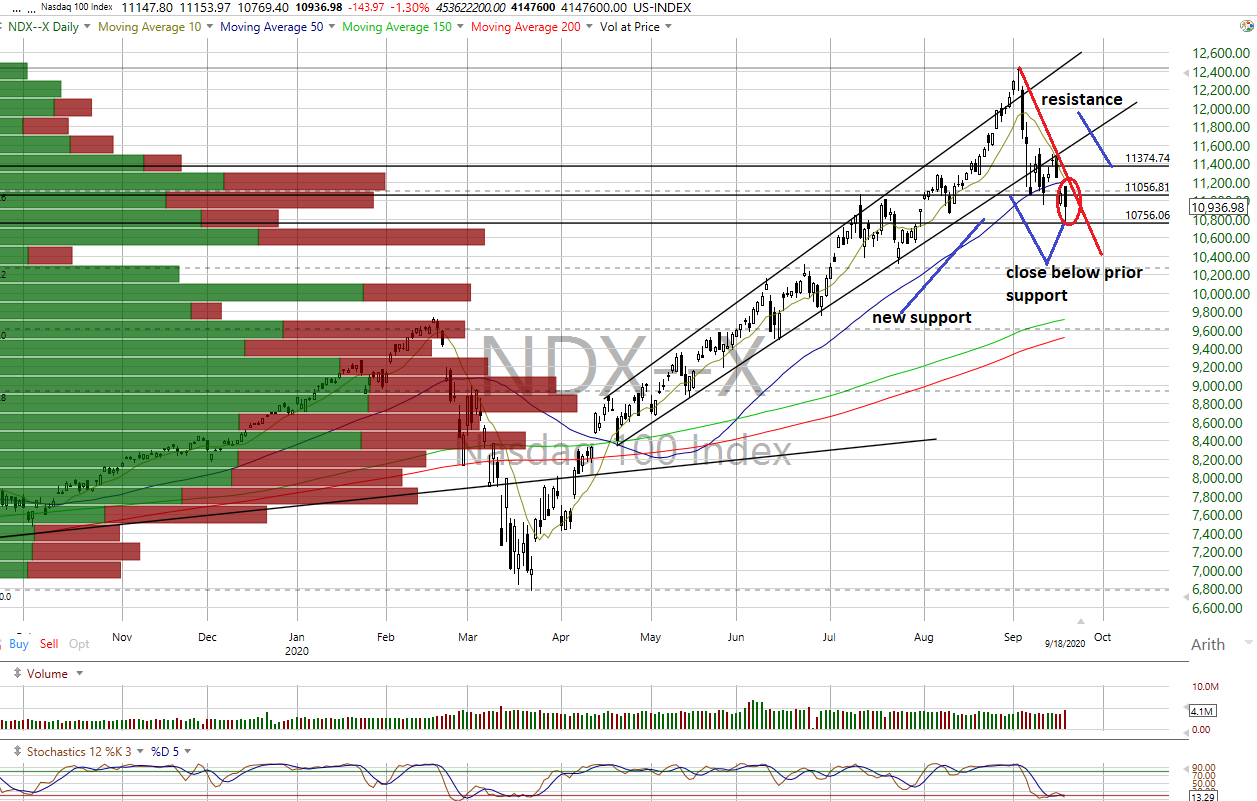 The charts suffered some damage with the S&P 500 and Nasdaq 100 (see above) closing below support, turning their near-term trends negative. They have registered a lower high and lower low post their early September peaks.

So, we now find the S&P 500 and Nasdaq 100 in negative trends while the Transports is positive and the rest neutral. Breadth deteriorated, with the All Exchange, NYSE and Nasdaq cumulative advance/decline lines now neutral versus their prior positive slopes. Only the NYSE's is above its 50 DMA.

In short, the technical picture deteriorated.

The Open Insider Buy/Sell Ratio is also neutral, dipping again to 43.4 while the detrended Rydex Ratio (contrary indicator) remains neutral at 0.25 with the leveraged ETF traders somewhat evenly balanced in their long/short exposure.

Last week's Investors Intelligence Bear/Bull Ratio (contrary indicator) remained bearish at 16.2/59.0 after hitting a two-year high last week at 61. We reiterate the lopsided bullish sentiment on the part of investment advisors implies a potential shift in their outlooks that could be meaningful for the markets should such a move be generated.

The counterintuitive percentage of S&P 500 issues trading above their 50-day moving average is neutral, dropping to 50.9%.

The valuation gap remains extended, in our opinion, with the S&P 500 trading at a P/E multiple of 22.7x consensus forward 12-month earnings estimates from Bloomberg of $146.42 per share, while the "rule of 20" finds fair value at 19.3x.

The charts have become a bit more in concert with our valuation and advisor sentiment concerns. Thus, we are maintaining our near-term "negative" outlook for the equity markets.