Do you see the trading range? I mean, at this point even non-chart folks must see it.

Just before I left a week ago I would have liked to have seen a break under 2820 to give us some real positive divergences -- to give us a round of real panic in the market. Take a step back, and you can see what I mean: A break under 2820 would have found support around 2775 or so, but would have meant a lower low than early August, thus taking us out of the trading range and into a good oversold territory and probably positive divergences. But that's not what we got.

So what did we get? We got a week where breadth has been good, so good that the Cumulative advance/decline line made a higher high.

That has not translated into the McClellan Summation Index doing well. The best we can say here is that it stopped going down. 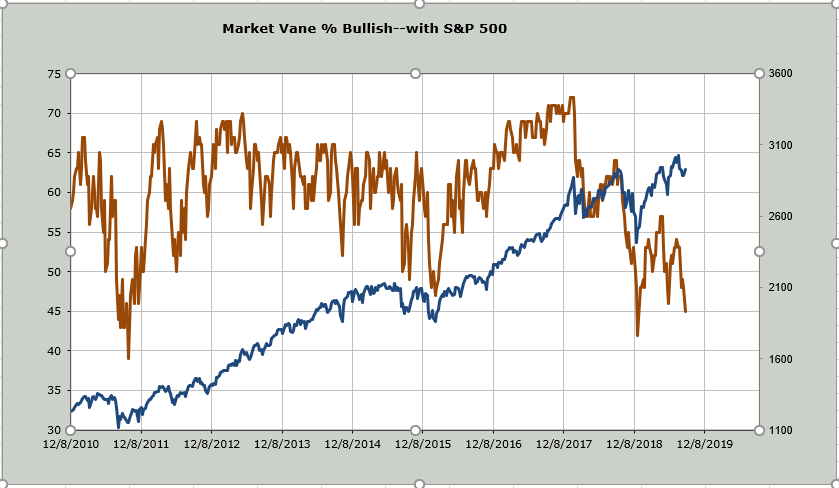 Prior to my vacation, we looked at the 10-day moving average of the American Association of Individual Investors' bears on a four week moving average. Based on the math, I expected it to rise one more week, and so it has. This coming week it drops a reading of 48%, so unless the market collapses, I expect this to peak this coming week.

The Index put/call ratio was 183% on Friday, which was the highest reading for this category, since September 2017. That means there was not even that much put buying in indexes in the fourth quarter of last year. The 10-day moving average of the total put/call ratio is still elevated.

Finally, the Citi Panic/Euphoria Model is now back to the area it was at the May lows. 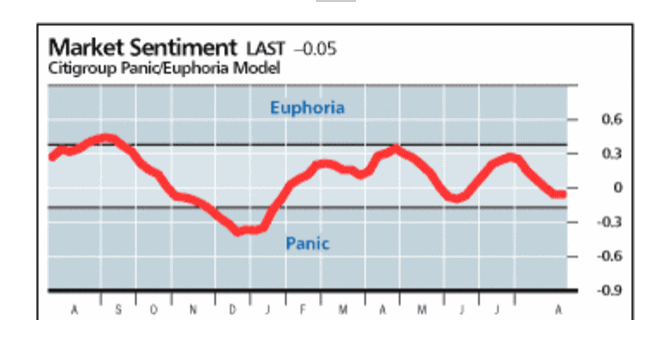 I think the trading range is too obvious, and we should breakout to the upside now, just to test the waters and see what's up there. If I'm wrong? We go back down instead, I think it won't take much to push those sentiment indicators into extreme territory in a hurry. Likely even with positive divergences.

Get an email alert each time I write an article for Real Money. Click the "+Follow" next to my byline to this article.
TAGS: Investing | Stocks | Bearish Bet |