You might have noticed that I used to talk about high volume selloffs in the Invesco QQQ (QQQ) as bullish, but I no longer say that. Why? Because take a look at a chart of the QQQs and you will notice there is a definite change since the calendar turned to 2022. We went from average volume on the QQQs barely scraping at 50 million shares a day to 50 million being a low bar for volume. It's like someone flipped a switch in 2022. 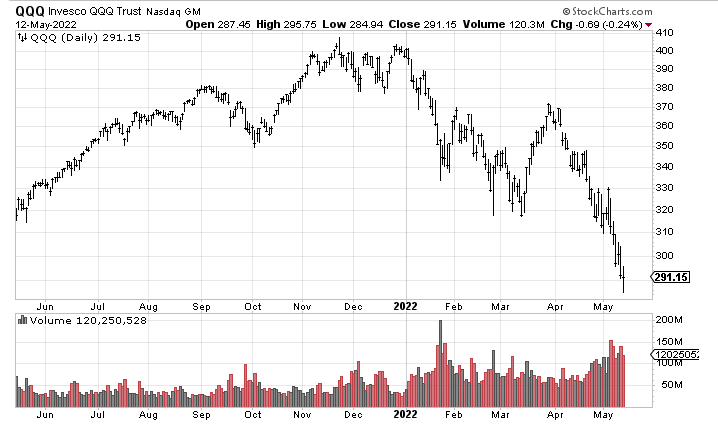 Capitulation is a crescendo, some call it panic selling. If you don't think what we have seen in the last three weeks in this market is panic selling, then I would love to know what you think it is. Average volume for the QQQs has been over 100 million shares. Each and every day. Look at the second half of last year: There was one day that barely got to 100 million shares and it was in late September, so it likely had to do with the end of the quarter.

And if you go to individual stocks you'll see it even more. Apple (AAPL) , which saw its stock plummet nearly 10% in two trading days traded 182 million shares on Thursday. That is twice the average volume for the last 90 days. And only the third time in the last year volume has been this high.

What exactly are these folks looking for? The selling has been relentless, day in and day out and still they think folks have not sold. Maybe they haven't. Maybe there is plenty more selling to go. But my experience is that we rarely go down (or up) in a straight line and at some point there is a relief rally.

I have said I think we're lining up for a bear market rally. Maybe I should just call it a rally. Why label it? But the indicators are lining up.

We have the Hi-Lo Indicator for Nasdaq at .04. The New York Stock Exchange is at .05. It can't get under zero, so I'm not sure how much more folks think they will get from there. It is oversold.

We have the Volume Indicator (shown here in Thursday's column) now at 42%. In bear markets it gets oversold between 38% to 42%, so it's now at the top of an oversold condition.

We have the put/call ratio so high for so many days that the 10-day moving average doesn't even go up anymore, but rather churns, because if you replace 1.2 with 1.2 you gain nothing more. We have the Volatility Index put/call ratio with readings over 1.0 for so many straight days that the 21-day moving average is now surging. As a reminder, we want to go with, not against, the VIX options players since they tend to be smart money. 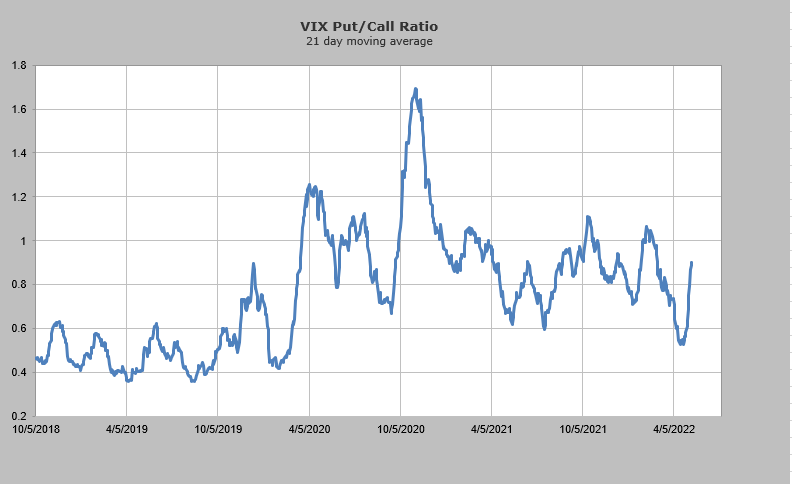 We had the Daily Sentiment Indicator (DSI) for Nasdaq and the S&P at 9 on Thursday morning. Now they sit at 11. Also extreme. 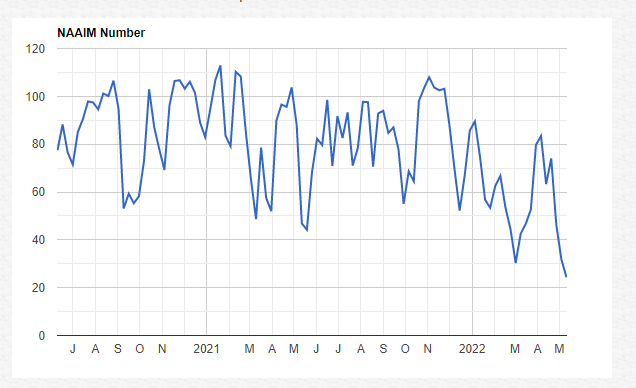 A few more down days would help the set up for a rally, but to look for capitulation seems like you have ignored all the selling we've seen. The indicators don't get oversold if there has been no selling.