Tilray (TLRY) is expanding its horizons as it expects the Canadian cannabis market to diminish in the future.

Shares of Tilray opened Tuesday's trading on a positive note but receded shortly afterward to a loss in a move indicative of the stock's historic volatility.

Part of the uncertainty on the share price is prompted by the company's call that it's home Canadian cannabis market could see prices collapse.

"Over the next 18 months, we believe there will be oversupply, just as we've seen in certain U.S. states as operators and newly legal markets race and government regulators catch up to find an equilibrium between supply and demand," CEO Brendan Kennedy told analysts on Monday evening. "We will not purchase or invest in what we believe to be overpriced supply assets in Canada, which we believe will erode in value in the medium to long term, as the market normalizes."

Given the precedent of states like Washington, which saw wholesale cannabis prices fall 53% in 2018, Oregon, which observed a drop of 65%, and Colorado, which recorded a 27% price drop, the implications are certainly not positive.

As such, the company has called attention to its international expansion plans.

"To capitalize on global growth opportunities in both medical and adult-use cannabis, Tilray will deploy capital in most promising markets where we see the greatest potential to pursue multiple paths to growth," Kennedy explained. "The United States and European markets are orders of magnitude larger than Canada. So, while Canada will continue to be an important market for us, we expect to focus the majority of future investments on the U.S. and Europe."

Statistics support Kennedy's view, as the U.S. market alone is expected to reach nearly $150 billion in just over five years. As more states begin to liberalize marijuana laws, the prospect of national legalization appears closer than ever, leaving a large reward for the Canadian company best positioned to pounce on the prized market. 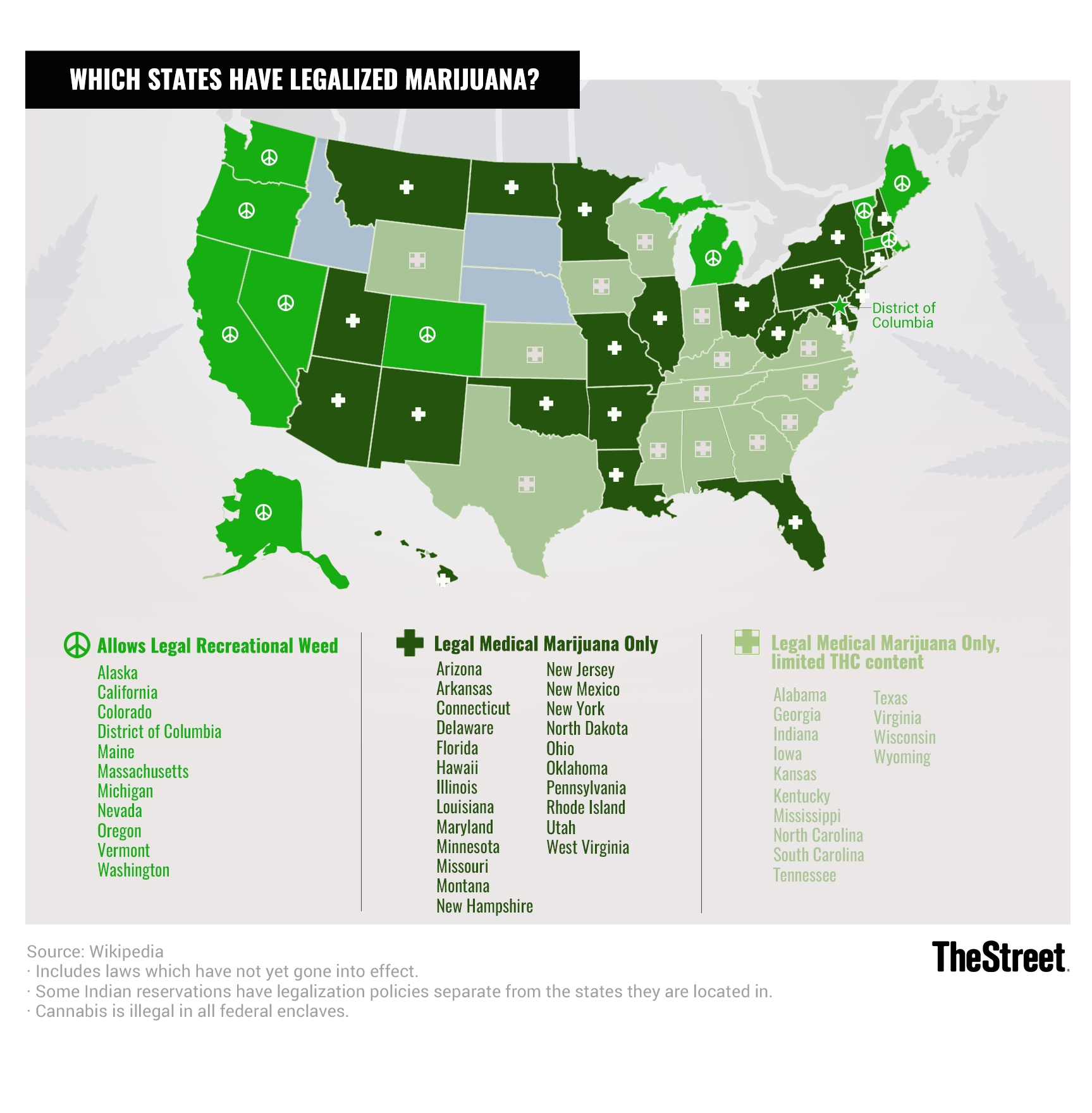 "Tilray is focusing growth investments in the U.S and EU, which we consider to be a more attractive near and long-term opportunity," Piper Jaffray analyst Michael Lavery said. "We consider the focus on growth opportunities outside Canada to be strategically sound and to be a better way to build brand equity with consumers."

A key aspect of the international expansion is the company's recent acquisition of hemp-food producer Manitoba Harvest in February for about $315 million.

"We believe this is an attractive acquisition due to the existing sales of MH along with added relationships with hemp producers for additional CBD uses in a fast growing market," Northland Capital Markets analyst Mike Grondahl wrote in a note on Wednesday. "Our revenue estimates are increased to account for the Manitoba Harvest acquisition, but we lower adjusted EBITDA for 2019 as 3rd party supply, especially early in the year, along with continued investments will pressure gross margins."

Kennedy added that the Manitoba deal is supplemented by a revenue sharing agreement with Authentic Brands Group, a New York City-based entertainment and lifestyle brand company.

"The partnership will initially focus on CBD products in the United States and THC and CBD products in Canada and we will expand globally as regulations permit," he explained. "The branding opportunities in the U.S. and Europe around the retail and OTC consumer products are far more interesting than the branding opportunity today in Canada due to packaging and branding restrictions. Additionally, when we look at net new consumers of CBD and THC, distributors and retailers want relationships with brands that they already know and trust, which is why we're so excited to partner with ABG."

The issue that arises from reliance on these markets is the lack of visibility or certainty as to the opening of these markets.

"Based on our view for Tilray to gradually ramp recreational sales over the near term and pending more visibility on the timing and regulatory framework to introduce hemp-derived CBD products in the U.S., we consider the company's valuation to be elevated vs. some of the other large LPs," BMO Capital Markets analyst Tamy Chen said.

Chen assigned an "Underperform" rating to the stock and a $65 price target based on the lack of visibility into the opportunity.

The risks of the strategy are exacerbated by the opportunity foregone by the company on its home turf in order to invest in as of yet indefinite end markets.

Furthermore, it does not allow the company any chance to display operational capabilities that will be key to expansion into a massive market like the United States.

"We think this is a risky strategy near term given its multiple, especially as investors will be increasingly looking to Canada as evidence of a company's ability to execute, and international is yet to contribute in any material way to sales and yet costs are weighing," Jefferies analyst Owen Bennett said. "We also think Tilray could be overestimating the size of the US hemp CBD market which they quote as a $22 billion opportunity (it was estimated at only $390 million in 2018)."

In that context, the consistent criticism that Tilray is overvalued is called for.

With the lack of clarity present, the only sure bet might be persistent volatility for the pot stock.

Get an email alert each time I write an article for Real Money. Click the "+Follow" next to my byline to this article.
TAGS: Corporate Governance | Investing | Stocks | Healthcare | United States | Canada | Consumer Products | Cannabis | Stock of the Day