Market internals were nothing to write home about. Breadth was negative and the number of new lows expanded slightly, but are still fewer than the August low.

But Wednesday was, at least for me, about sentiment. I have been harping about the Investors Intelligence bulls for weeks now, begging them to fall to the low 40s. This week my wish came true, as they chimed in at 40%. That is something, because they haven't been this low since April 2020.

Now, some will surely say that prior extremes have seen the bulls in the 30% area and they would be correct, but I am focused on the fact that in mid-July, as the majority of stocks were just starting to head lower, the Investors Intelligence bulls were just a smidgen over 60%. As stocks deteriorated this summer, the bulls inched down. They did not collapse down, but simply inched lower.

Even late August didn't yank the bulls from their perch. September did not do it, either. But somehow the last week was a bridge too far and as you can see on the chart, the bulls are low now. 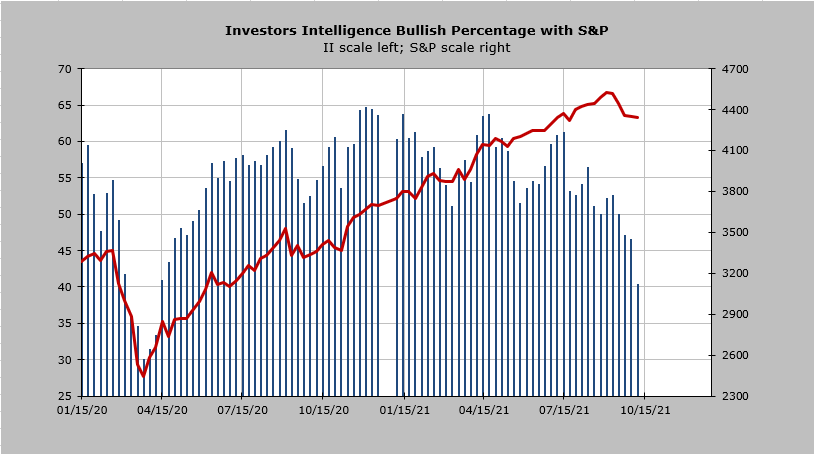 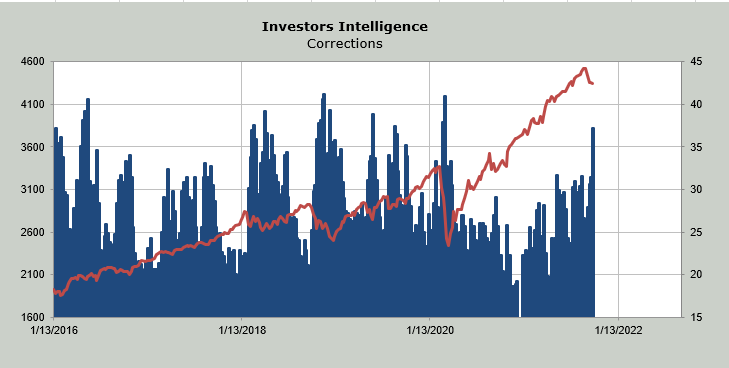 The folks at Investors Intelligence classify them as correction-minded folks, because they are still bullish, but have sidled over to the correction camp, as opposed to the American Association of Individual Investors survey, where they opt for neutral, so we don't really know which side they favor. In any event, I tend to add the correction-minded folks with the bears. Why? Because I view that group as "not bullish." They currently are at 60%. An extreme here is 65% or more. 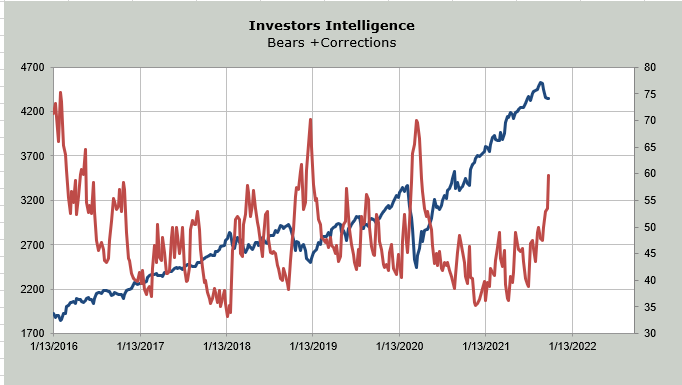 I focus on this, because it is the first sentiment indicator that has truly shifted to close to an extreme and that is important. When so few are bullish, it's a good sign for the market.

Even on a day where the market reversed and ended higher, the put/call ratio stayed at 1.0 on Wednesday, so the hesitancy remains for the time being. Overall, I consider this a positive for the market on an intermediate-term basis.

There is one more intermediate-term indicator I want to show you, and it is the Hi-Lo Indicator for Nasdaq, because it is now at 35%. Should this scoot down under 20%, that would be an intermediate-term oversold condition. 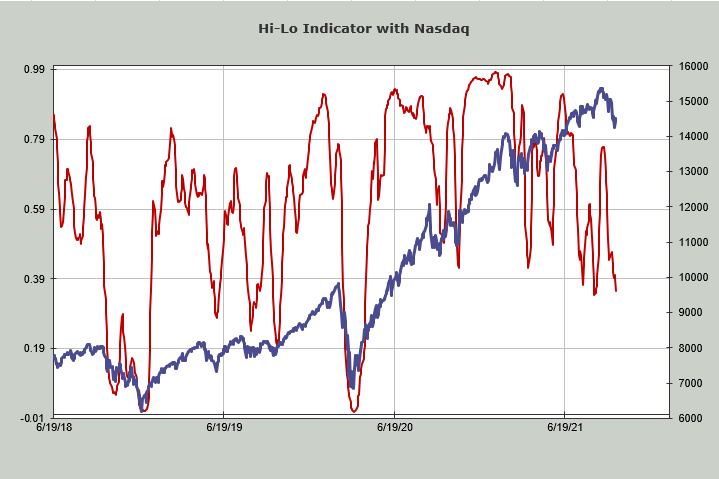 I know everyone will focus on the mega-cap tech stocks, because they are what rallied to move the indexes, but I want to report the transports had a very nice day and are knocking on that 14600 resistance door, where those prior small peaks and the downtrend line come in. I believe they will cross this line, and that would be a change in trend.

In late August, I had said I thought the utes had had enough.

They have since tumbled and had a terrific day on Wednesday, despite the fact that interest rates were stagnant. I think there will be some backing and filling in the Utes but their correction looks done to me.