Two years ago, we did not get photographic proof of the white bear our daughter and I encountered on a trail in the Elkhorn Mountains in Western Montana.

That encounter had a built-in investment lesson. So did this past week's sighting on a highway about 10 miles outside the eastern entrance of Glacier National Park.

This time, however, our other daughter and I took photos; not hard to do when you are safely inside a vehicle, with bear spray as a backup.

This time it was a black bear, feasting on the carcass of a dead cow. That cow was one of dozens that found itself outside a perimeter fence, close to the road, and was not one of the lucky ones. To us, that poor cow was of no use. To the bear, it meant a feast, in anticipation of hibernation. 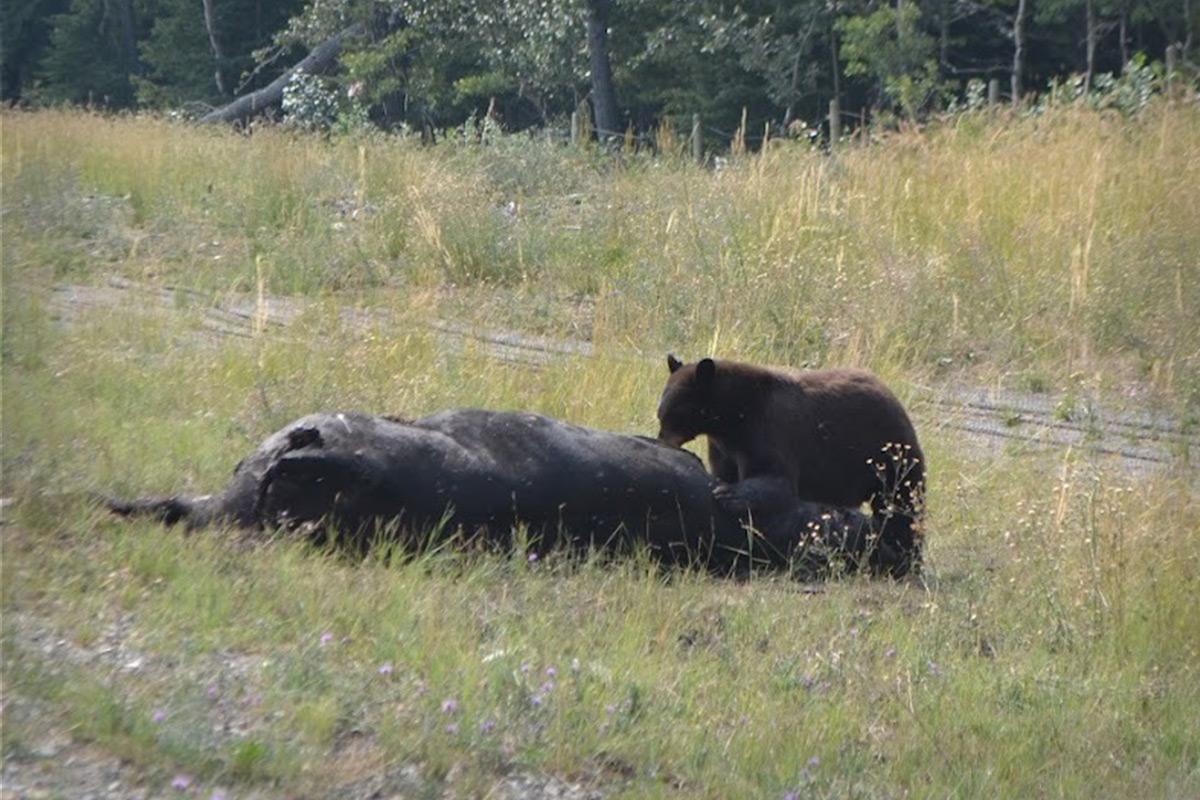 With markets once again acting exhibiting volatility -- the day of our bear sighting, the S&P 500 had its second -4% day of 2022, and the Russell 2000 was off 3.9% -- we may be seeing more "dead cows." By that I mean companies that the markets decimate and that most investors will turn their noses up at, but that some of us (the bears) will see as having some value.

In down markets, we typically see smaller, more challenged names taking the heat, with drops that may be far more significant than warranted. They may be dogs with fleas -- situations that are not ideal, but there may be some meat on the bone (pun intended).

Here's an example. Wine name Vintage Wine Estates (VWE) was absolutely hammered on Wednesday, falling 40% after reporting fourth-quarter earnings. The company actually beat estimates of the top (revenue of $75.5 million versus $74.2 million) and bottom line (non-GAAP earnings per share of 17 cents, 3 cents ahead of consensus estimates), but a couple of issues got in the way. For one, the company took a $19.1 million inventory "adjustment."

For another, net debt rose about $110 million over the past year due mainly to acquisitions. However, VWE also bought back $26 million worth of stock and warrants during the year.

While I am typically a fan of stock buybacks when done correctly, VWE's stock repurchases of 2.872 million shares in the past year were done at an average cost of $9.04/share, which looks like a tremendous waste of capital relative to Thursday's $3.25 closing price. The company also bought back 181.5K warrants at an average cost of $1.46; they closed at $0.51.

If anything, the inventory issue raised major concerns among investors, however, I am not sure a 40% drubbing was warranted. That was enough for me to take a position in VWE near Wednesday's session lows. That is in addition to the warrants (VWEWW) (now in the red) I purchased two weeks ago.

Despite some challenges, and the increase in net debt, the company owns some compelling assets, including ownership or control of 1,100 planted vineyard acres (10 owned and three leased wineries). Much of the investment world may see VWE as a dead cow; at 3 bucks a share, I see at as food for the winter.

(Please note that due to factors including low market capitalization and/or insufficient public float, we consider VWE to be a micro-cap stock. You should be aware that such stocks are subject to more risk than stocks of larger companies, including greater volatility, lower liquidity and less publicly available information, and that postings such as this one can have an effect on their stock prices.)

Get an email alert each time I write an article for Real Money. Click the "+Follow" next to my byline to this article.
TAGS: Fundamental Analysis | Investing | Micro cap stocks | Small Cap | Stocks | Trading | Value Investing | Beverages