The large-cap equity indices continue to post new closing highs. However, we believe that the markets are in a position that, should some unwelcome news hit the tape, they may be subject to a sudden and relatively sharp correction.

All of the indices closed higher Friday with positive internals on the NYSE and Nasdaq. As has been the case of late, the S&P 500, DJIA (see below), Nasdaq Composite and Nasdaq 100 posted new closing highs while the Dow Jones Transports, S&P MidCap 400, Russell 2000 and Value Line Arithmetic Index were unable to violate their resistance levels, leaving them in neutral/sideways patterns.

So, the trends remain evenly split. 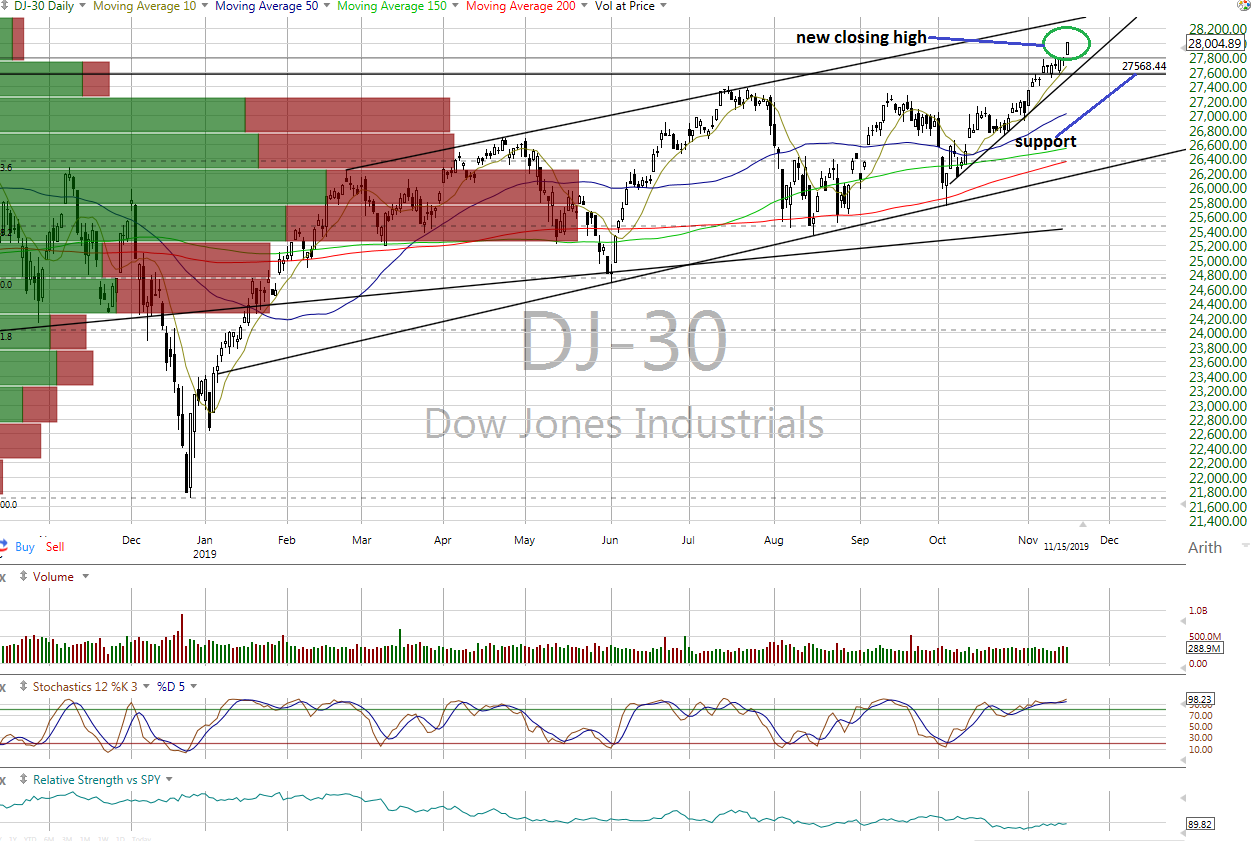 The greatest concern for us on the charts is the status of the VIX, which is at its lowest levels seen over the past 12 months (see below). Memories may be short, but the chart reminds us that when these levels were in place in late April and late July of this year, they were followed fairly quickly by large spikes in volatility and notable price corrections for the indexes.

In our view, The VIX suggests any unexpected "bump in the road" may have a much greater impact than might otherwise be the case. 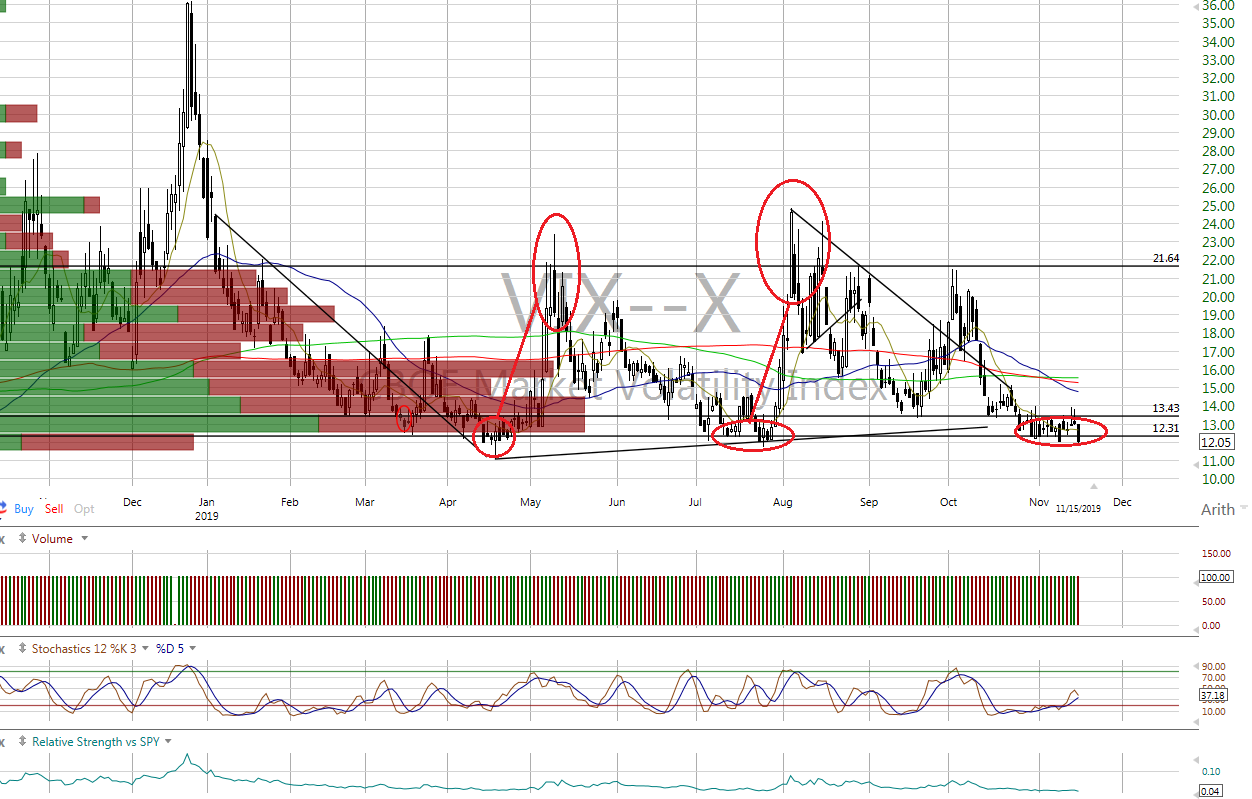 The data remains generally neutral, including all of the one-day McClellan Overbought/Oversold Oscillators (All Exchange:-4.41 NYSE:-6.75 Nasdaq:-1.34).

The Investor's Intelligence Bear/Bull Ratio (contrary indicator), however, continued to be bearish at 17.8/54.2, suggesting an excess of bullish sentiment/complacency on the part of investment advisors.

The percentage of S&P 500 stocks trading above their 50-day moving averages is a neutral 70.3% as is the Open Insider Buy/Sell Ratio at 40.7.

Valuation is now at fair value, with forward 12-month earnings estimates for the S&P 500 at $172.15 per share via Bloomberg, leaving the forward P/E multiple at 18.1x while the "rule of twenty" finds fair value at 18.2.x

While the large-cap indices continue to make new highs as the crowd cheers them on, the split nature of the trends, advisor complacency, prior undervalued conditions having been erased and the VIX suggest we stay on alert. We are maintaining our near-term "neutral" outlook for the major equity indices.

Get an email alert each time I write an article for Real Money. Click the "+Follow" next to my byline to this article.
TAGS: Indexes | Investing | Markets | Stocks | VIX

Warning Signs Are Developing in a Two-Tiered Market

The market is displaying extreme inconsistency, which is giving fits to market timers.

Are You Going to Just Sit There and Stare?

Or are you going to play some of these stocks at great prices?