Some new closing highs were achieved, but the mixed action supports our perspective that the market is more selective than the more popular averages are implying. Nevertheless, all the charts remain in near-term uptrends. Meanwhile, the data has taken on a more neutral tone as discussed below. Thus, our interpretation of the charts and data suggest we maintain our near-term macro outlook for equites at "neutral," largely due to the selective nature of participants.

As noted, the major equity indices closed mixed Thursday. NYSE internals were negative on both counts while the Nasdaq had negative breadth but positive up/down volume as NYSE volumes rose and Nasdaq volumes declined from the previous session.

The S&P 500, Nasdaq Composite (below) and Nasdaq 100 closed near their intraday highs with gains, posting new closing highs. 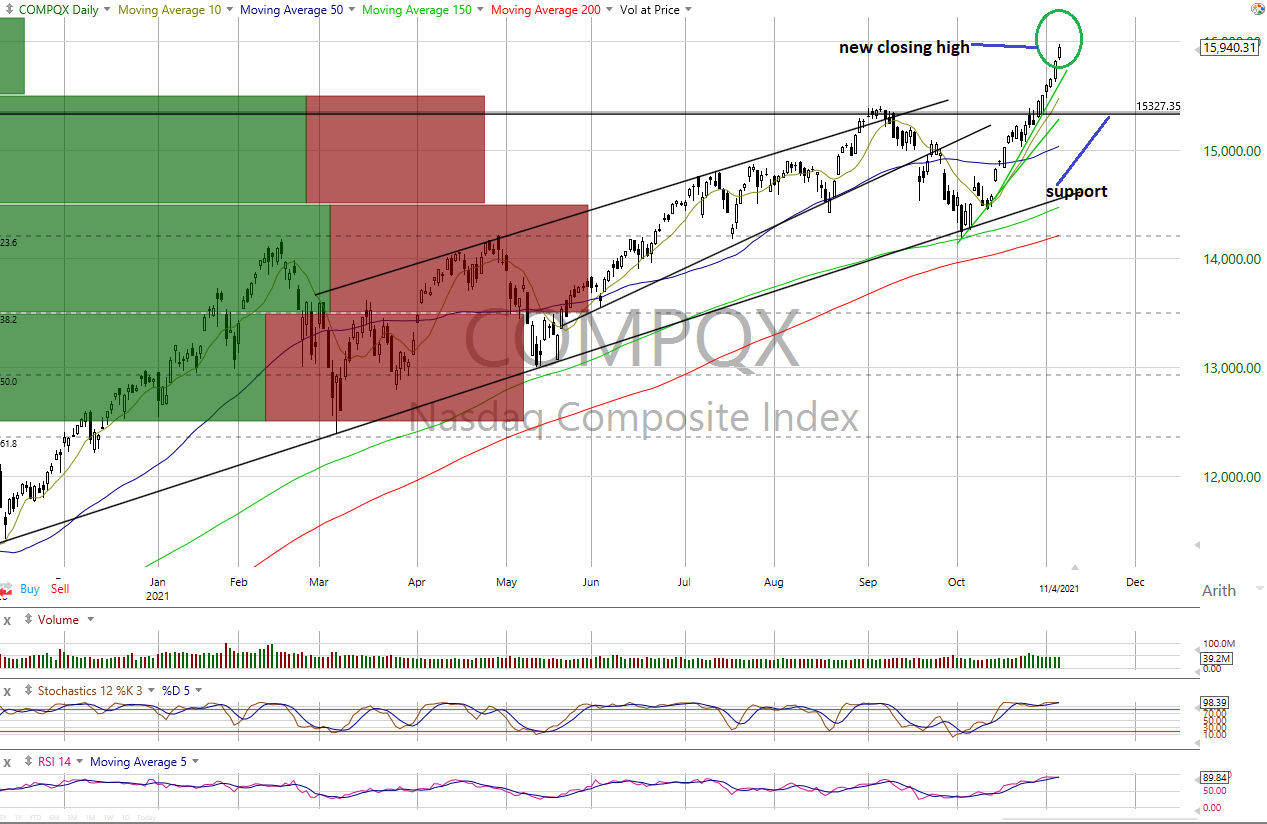 The rest closed lower and near their intraday lows.

Yet, there were no violations of trend.

Cumulative market breadth remains positive on the All Exchange, NYSE and Nasdaq despite Thursday's weakness.

The detrended Rydex Ratio (contrarian indicator) measuring the action of the leveraged ETF traders was unchanged as 1.24 and remains in bearish territory as they continue their leveraged long exposure.

The Open Insider Buy/Sell Ratio lifted to 38.0 as insiders did a bit of buying and remains neutral.

We remain "neutral" in our near-term macro-outlook for equities despite the positive index trends as we observe what we see as increasing selectivity in market participants, as was the case in Thursday's trading.

Get an email alert each time I write an article for Real Money. Click the "+Follow" next to my byline to this article.
TAGS: Fixed income | Indexes | Investing | Stocks | Technical Analysis | Treasury Bonds | Real Money