Even though the consumer price index is rising at an 8.5% annual rate, there's an argument to be made that inflation has peaked.

The producer price index actually fell 0.5% in July, the first drop for that index in two years. Producer prices tend to lead consumer prices, so the decrease is a welcome sign.

Still, these are just two data points adrift in a sea of information.

Every picture tells a story, and the chart of the Invesco DB Agriculture Fund (DBC)  is no different. This exchange-traded fund provides a mix of energy, metals, and agricultural commodities.

DBA has lost 16.5% since reaching a 10-year high in June (arrow). Since early July, the commodity ETF has been consolidating its losses within a rectangle pattern (shaded yellow). That pattern suggests a further drop to the $22 area, which would mark a six-month low. 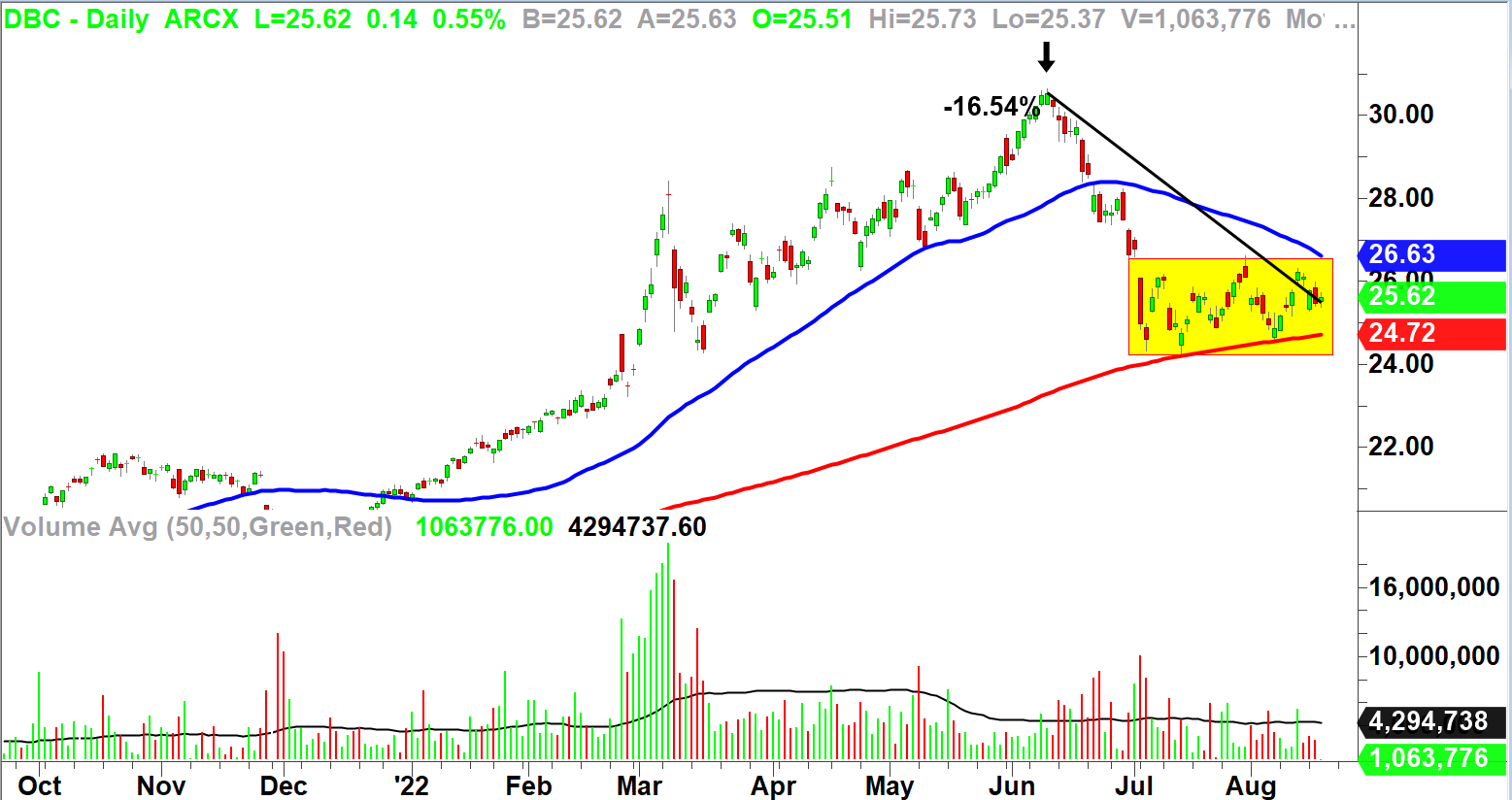 While lower prices would be welcomed by consumers, there is one commodity that continues to move stubbornly higher. Natural gas traded at a multi-year high on Wednesday, and according to its chart, the price could move higher still.

Over the past six weeks, the chart of the NYMEX October 2022 natural gas contract (Henry Hub Natural Gas) has formed a cup-and-handle pattern. This bullish formation supports our earlier price target of $10.50, as described here, and suggests natural gas prices could rise into the low teens. 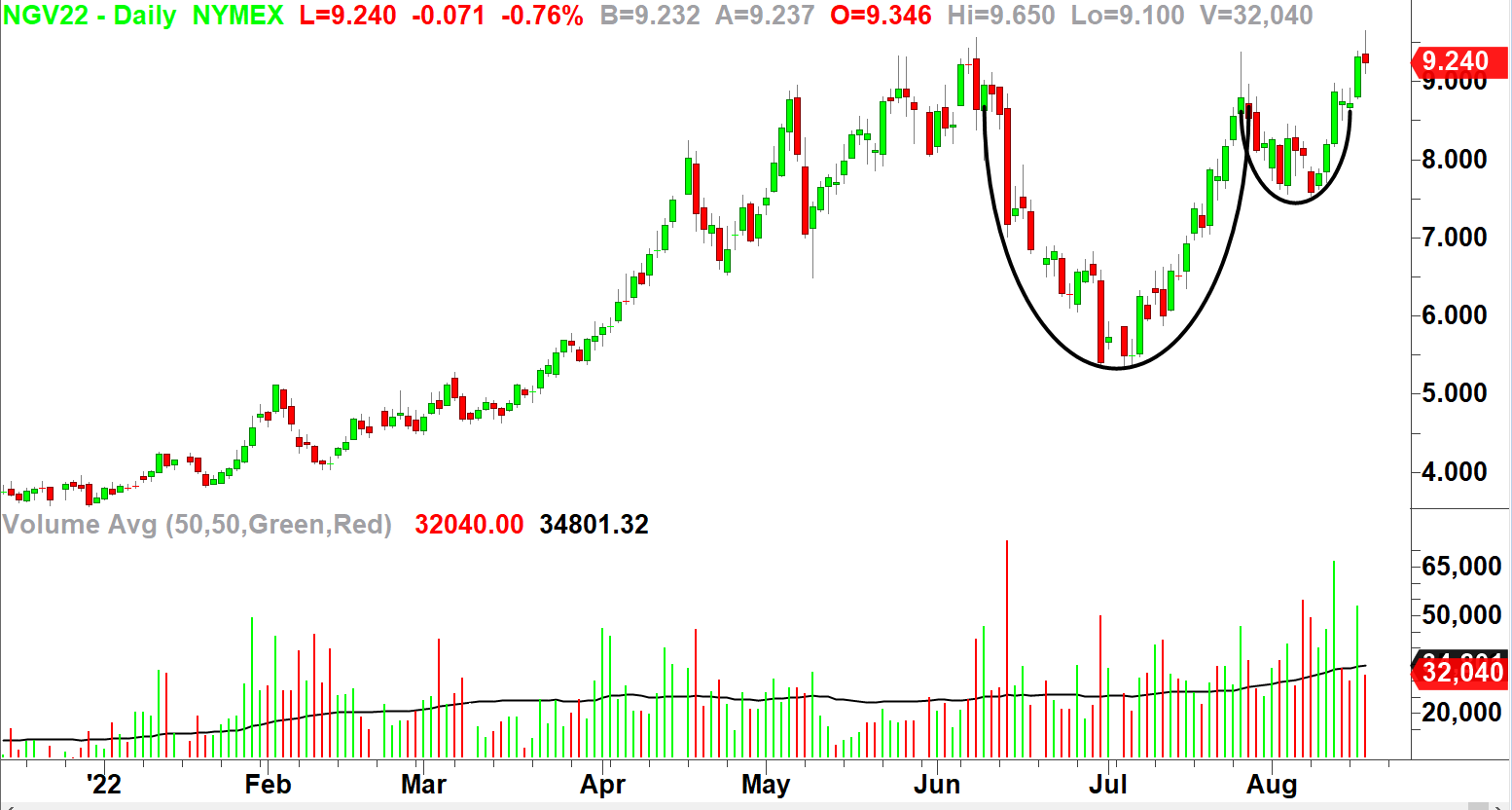 How should investors play a potential breakout in natural gas? The same bullish formation that appears above can also be seen on EQT Corporation's (EQT) daily chart. 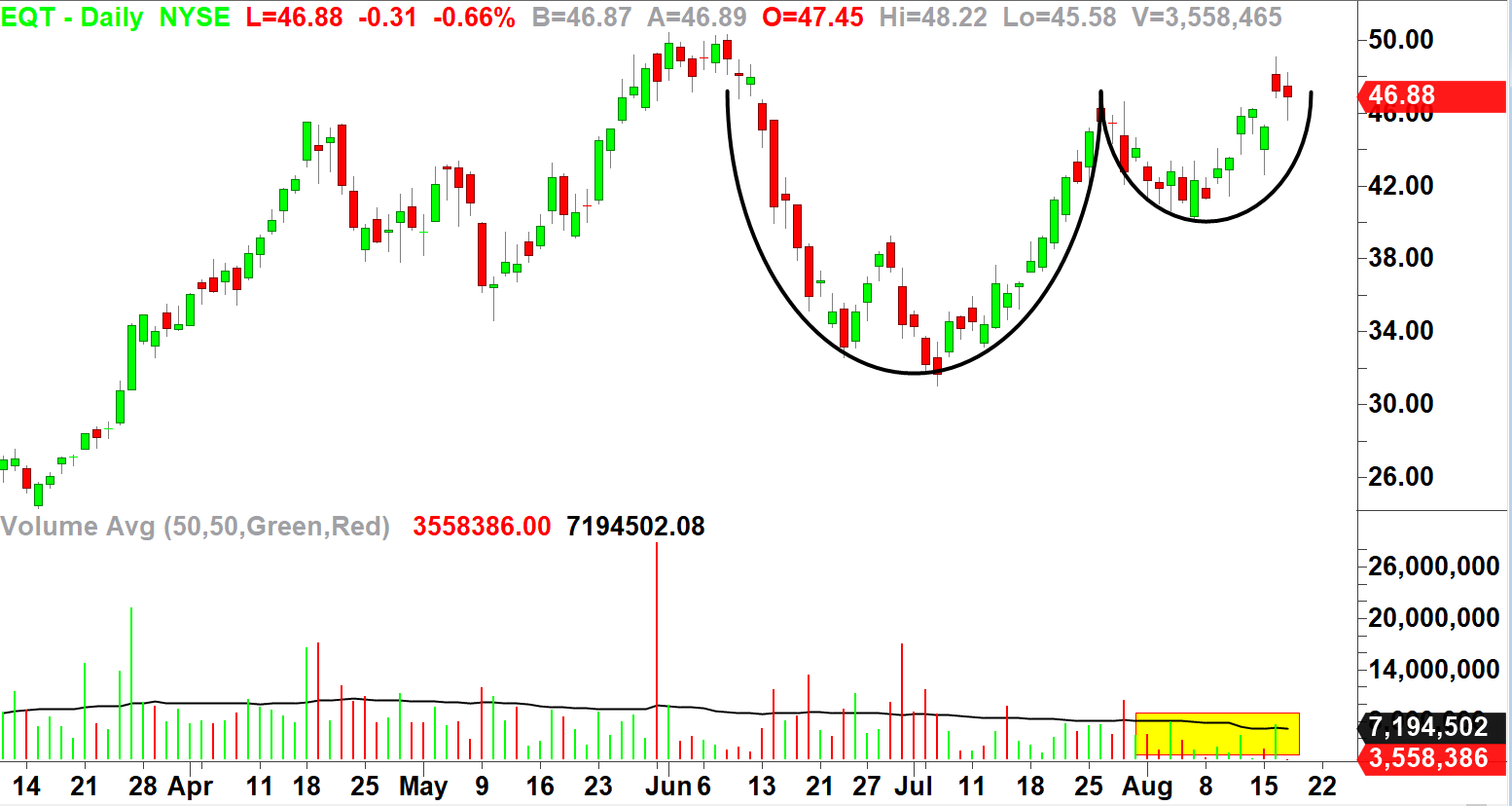 EQT has formed a cup-and-handle pattern over a similar timeframe as natural gas. The company is currently the largest independent natural gas producer in the U.S., with operations in Pennsylvania, West Virginia, and Ohio.

EQT has experienced low volume since the start of the month (shaded yellow), but that's normal behavior during a consolidation.

I'm looking for a breakout on high volume to add to my current long position. In a year in which all major indexes are year-to-date negative, EQT has gained over 35% since I first recommended it in April.

Other stocks in this sector include Chesapeake Energy Corp. (CHK) and Antero Resources (AR) . Of the three, EQT has the best chart, followed by Chesapeake and then Antero.

Get an email alert each time I write an article for Real Money. Click the "+Follow" next to my byline to this article.
TAGS: Investing | Options | Stocks | Energy | Natural Gas