While all the major equity indices are in near-term uptrends and some of the data are neutral, the market psychology and S&P valuation legs of the proverbial four-legged stool are weak.

This leads us to the belief that near-term risk is starting to outweigh near-term reward. 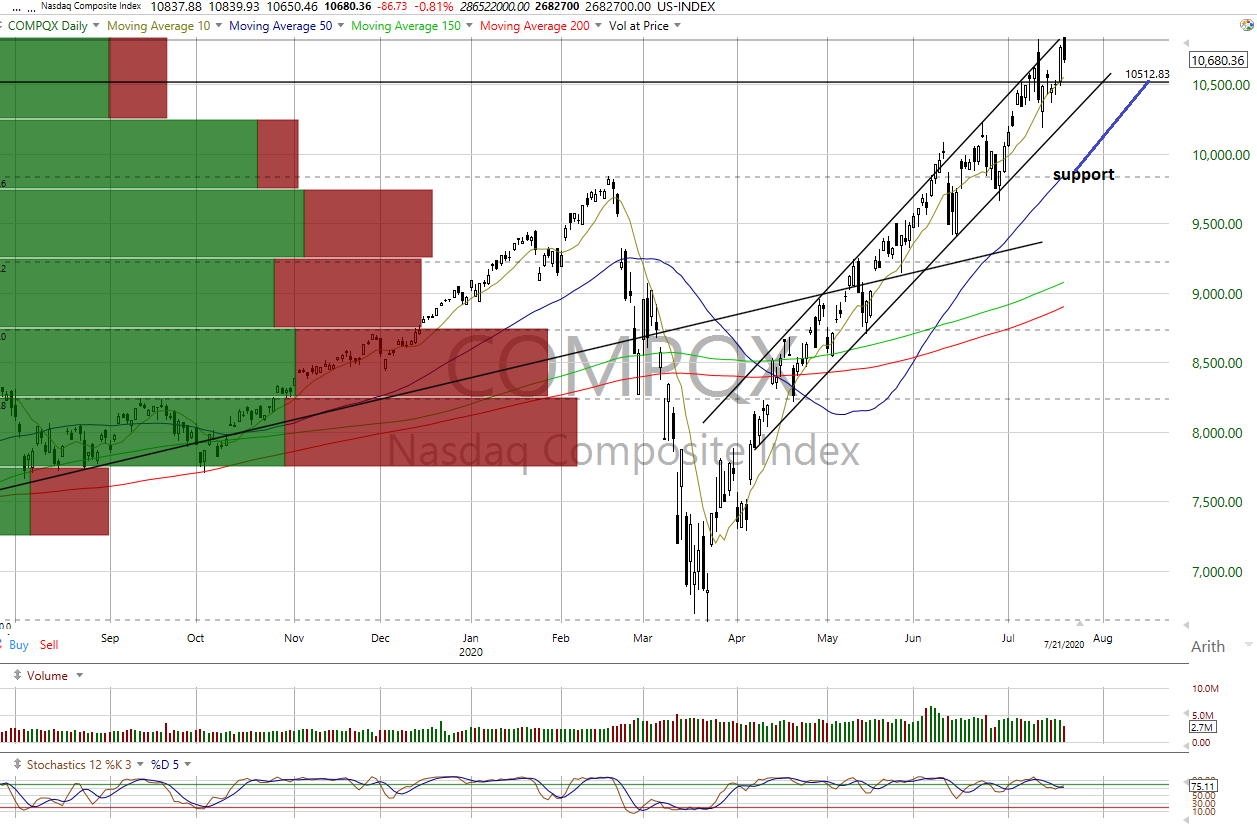 Most of the equity indices closed higher Tuesday except for the Nasdaq Composite and Nasdaq 100 posting declines.

Internals were positive on the NYSE and Nasdaq that moved the cumulative advance/decline lines for the All Exchange and NYSE back to positive from neutral with the Nasdaq's staying positive.

No violations of support/resistance or trend were noted, leaving all in their near-term uptrends.

We have yet to see "sell signals" generated on the charts, suggesting these trends should continue to be respected until proven otherwise.

Data at Odds With the Charts?

However, the data is creating a debate with the charts as it continues to send a mix of neutral and cautionary signals.

The Open Insider Buy/Sell Ratio is neutral as well at 35.7 as insiders have been slightly increasing their selling activity over the past several sessions.

The detrended Rydex Ratio (contrary indicator) remains in cautionary territory at 0.88. While this is not excessive long exposure on their part, the fact that they have become more bullish after a significant market rally is typical of their behavior. At the market's March lows, they were heavily leveraged short and have only recently expanded their long exposure. 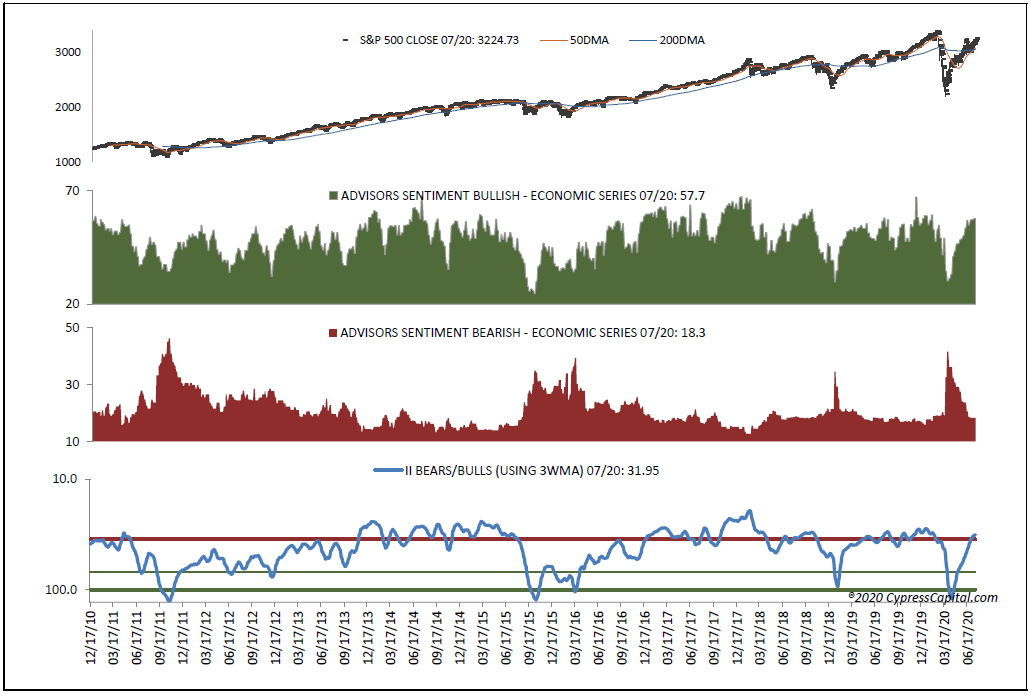 The counterintuitive percentage of S&P issues trading above their 50-day moving averages is neutral at 77.0.

Valuation continues to be of real concern as the S&P 500 is trading at a P/E of 22.9x consensus forward 12-month earnings estimates from Bloomberg of $142.52 per share while the "rule of 20" finds fair value at a multiple of 19.4x. This valuation gap suggests the S&P is quite expensive at current levels.

While the charts continue to march upward, the psychology and valuation data suggest to us this is not the time to be complacent and that risk is starting to outweigh reward.