That may very well be true, but it sure wasn't true two weeks ago.

We even looked at the Bank Index at the depths when I noted the hate for the banks were sky high and no matter what you thought of them, they deserved a bounce.

What strikes me on the chart of some of the individual stocks is the volume did not start until the last two trading days. Look at that volume on JPMorgan Chase  (JPM) . With the exception of the March and April trading period, it's hard to find two volume days like that. 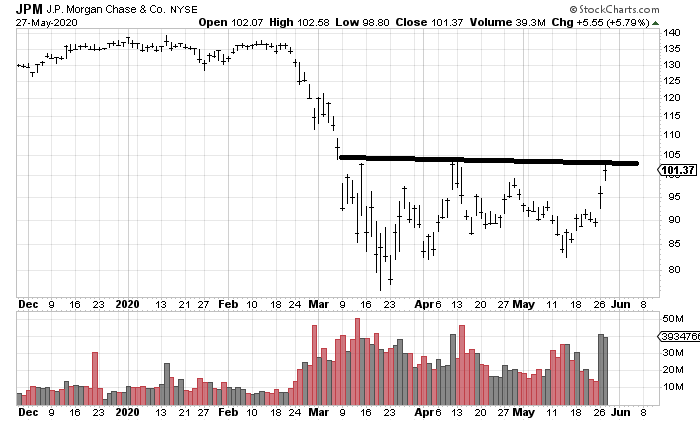 Bank Of America (BAC)  is similar, if not more pronounced. 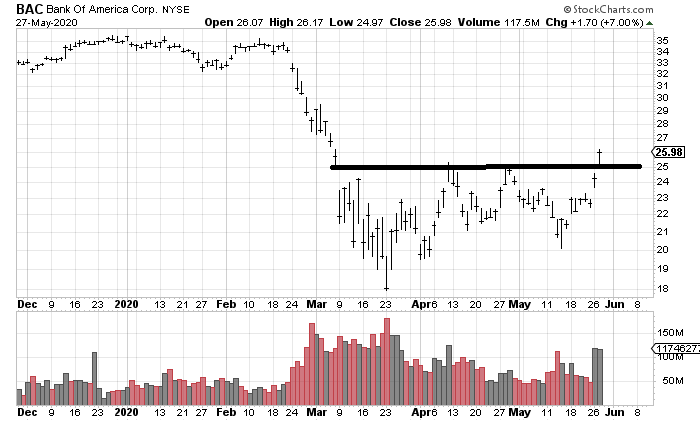 I admit I am not sure if it is real buying or short covering, but that volume makes this rally very different than any of the others. JPM is now at resistance and while BAC has gotten through, it will encounter some near that gap at $26.50-$27.

Now let's talk about the upcoming overbought reading, because it probably pertains to these stocks that have been in the spotlight this week.

The McClellan Summation Index is still rising, which is positive for the market. But it will now take a net differential of negative 4,100 advancers minus decliners to halt the rise, which means it is overbought. When this indicator reaches a point where it needs negative 2,000 to change the direction, it has stepped a toe into overbought territory; at negative 4,000 or greater it is solidly there.

When Friday comes around, we will be looking at dropping exactly one red day going forward. That makes the market overbought as we head into the weekend.

The table below shows the numbers to be dropped beginning Monday. 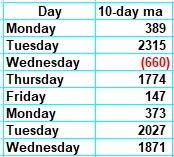 So maybe this is the great rotation everyone thinks it is. But the market as a whole is coming up on an overbought condition that I think makes next week likely to be more difficult than this week. Probably with another bout of volatility.

(JPMorgan Chase is a holding in Jim Cramer's Action Alerts PLUS member club. Want to be alerted before Jim Cramer buys or sells this stock? Learn more now.)

Get an email alert each time I write an article for Real Money. Click the "+Follow" next to my byline to this article.
TAGS: ETFs | Investing | Stocks | Technical Analysis | VIX |

Which Door Did the Market Choose on Monday?

Let's look at the reversal and see which path we're on now.