BioMarin Pharmaceuticals Inc. (BMRN) has suffered a long decline the past year-and-a-half but that condition is looking like it is old history and the new story for BMRN is about a possible rally in the months ahead. Let's review the charts.

In the daily bar chart of BMRN, below, we can see a significant percentage decline from February to October. Prices are above the bottoming 50-day moving average line but below the declining 200-day moving average line. The level of volume has been higher since the middle of September and that could mean we have seen a reversal or change in ownership.

The daily On-Balance-Volume (OBV) line shows a decline from April to early October, which is followed by a rise. A rising OBV line is part of the new story of strong prices supported by more aggressive buying.

The Moving Average Convergence Divergence (MACD) oscillator crossed above the zero line at the end of October for an outright go long signal.

In the weekly bar chart of BMRN, below, we can see some technical improvement in the picture. Prices are below the declining 40-week moving average line but moving up toward the underside of the line.
The weekly OBV line shows a sharp improvement from early October and the MACD oscillator has crossed to the upside for a cover shorts buy signal.

In this Point and Figure chart of BMRN, below, we can see a potential upside price target of $95. 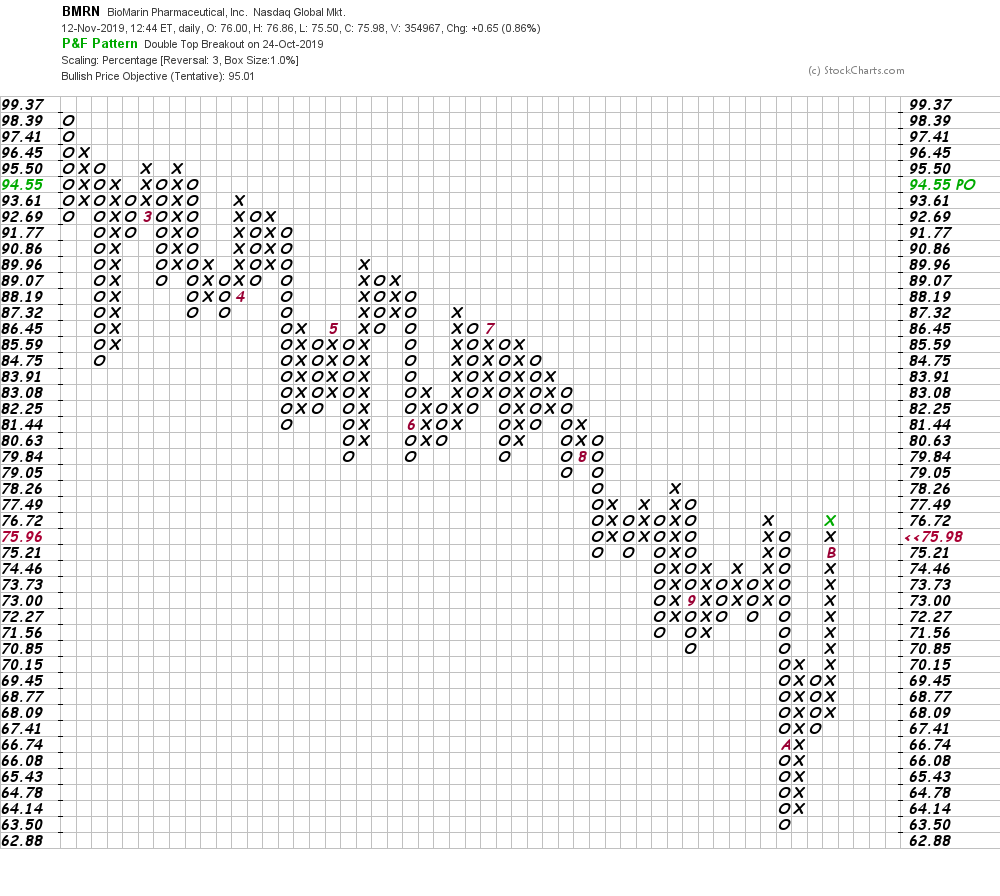 Bottom-line strategy: BMRN has been going straight up since early October and I think the odds favor further gains with a Point and Figure target of $95.
Get an email alert each time I write an article for Real Money. Click the "+Follow" next to my byline to this article.
TAGS: Investing | Stocks | Technical Analysis | Biotechnology | Pharmaceuticals | Technology