So many will hail the fact that the S&P 500 is going to be up somewhere along the lines of 10% for April. There will be all sorts of statistics thrown around about how great that is for markets going forward or how it was the best April since whenever.

So why is my inbox filled with complaints?

I'll tell you why. Because the month has been a boon for the S&P, but the Nasdaq has spent the last two weeks in a chop-fest. The Russell looks as though it will be up around 3% on the month and that is if you didn't get shaken out on the 4% whack two weeks ago.

Remember, a few weeks ago, when everyone was complaining about the low volume? No one complains about the low volume anymore, but here's a statistic for you: Nasdaq had its highest volume day of the month on Thursday. That was 4.5 billion shares. The volume in the month of March wasn't below 5 billion for one day. And in February, the lowest volume day was still over 5 billion shares.

As long-time readers know, I think low volume on rallies is not problematic until it gets extreme. I do not yet see it as extreme. However, I do find that when Nasdaq gains 31 points on the day and upside volume is a mere 36% of the volume, it's problematic.

I don't think the action on Thursday resolved anything for the market. None of the indicators changed. Breadth was crummy, but not crummy enough to turn the McClellan Summation Index down. Not yet at least. That will take a net differential of negative 500 (advancers minus decliners on the New York Stock Exchange). That's the same number we required on Monday. So, you can see what a slog this week has been. No upside progress and no downside progress.

And yet the American Association of Individual Investors finally had enough, as we saw bulls down by 10 points. That's what the chop-fest did for them. And as you might recall the Investors Intelligence bulls also fell nearly 5 points. Folks don't like getting whipped around. 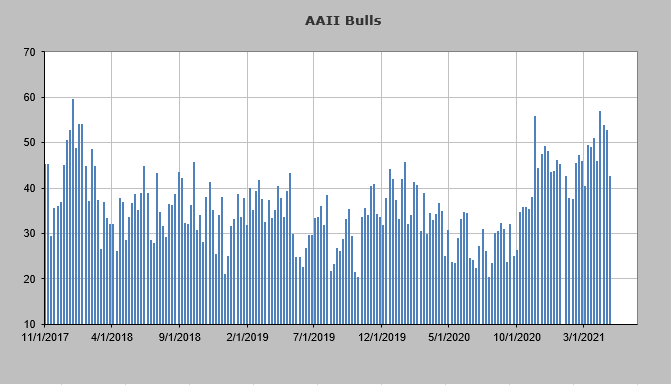 Yet the National Association of Active Investment Managers, whose survey is taken on Wednesday, so it is fresh as can be, decided to up their exposure to 103.7, the highest reading since February, and the first time they are back over 100.

About the only good news I can offer you from this metric is that in December their exposure was over 100 for weeks and it didn't matter. But since the calendar turned to 2021 over 100 has been a reason to fade them.

In the meantime the S&P is up nearly 10% and stock pickers are getting slashed by a thousand knives. 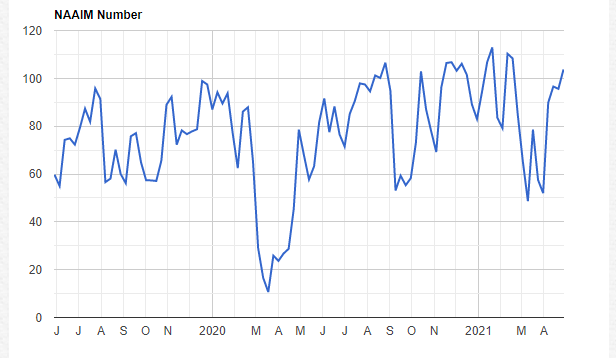 Oil and energy lead to the upside, while big-cap technology and growth names struggle.

Excuses Abound to Sell and Buy, but the Truth Lies From Within

We are all looking for the secret sauce that will help us guide our way to prosperity, but here's where the best tools for investing are.

This Could Be the Next Biogen

Ginkgo Bioworks has great potential for science and investors.