The S&P (see below) did manage to close above near-term resistance, turning its near-term trend positive. However, that achievement, as well as the other gains, came on negative breadth and increased negative up/down volume. As such, said gains are bit suspect as they imply a narrowing of participants.

On the other hand, the Dow Jones Transports closed back below its short-term uptrend line, turning that trend to neutral.

So, all of the near-term chart trends are neutral with the exception on the S&P being positive. 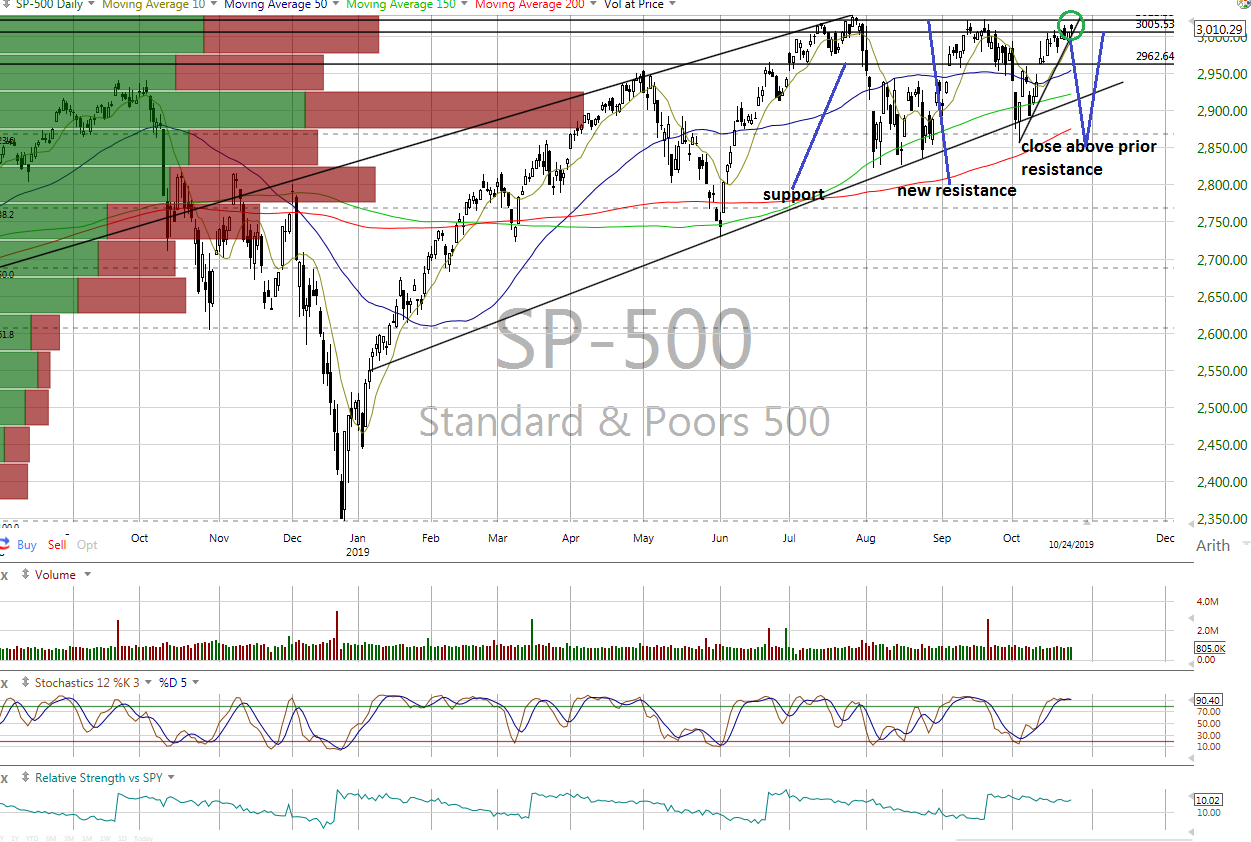 Some concern remains regarding the stochastic levels as all are overbought with the exception of the DJIA that recently gave a bearish signal. The stochastics tend to regularly move to oversold from overbought. Therefore, their current levels suggest potential for retracement.

We would also note the VIX is back near its lowest levels over the past year that have been followed by periods of increased volatility.

The data remains mostly neutral including all of the one-day McClellan Overbought/Oversold Oscillators (All Exchange:+32.37 NYSE:+35.1 Nasdaq:+30.9).

The percentage of S&P 500 stocks trading above their 50-day moving averages is a neutral 66.5% as is the Open Insider Buy/Sell Ratio at 42.6.

Valuation is appealing, but continues to compress, with 12-month earnings estimates for the S&P 500 slipping yet again to $172.96 per share, via Bloomberg, leaving the forward P/E multiple at 17.4x while the "rule of twenty" finds fair value at 18.2x. S&P 500 estimates have been shrinking daily over the past several sessions.

While we are maintaining our near-term "neutral" outlook for the major equity indices, weakening market breadth, stochastic/VIX levels and declining forward S&P 500 estimates are starting to raise a few yellow flags.