Flir Systems Inc. (FLIR) soared Monday on a weekend Reuters report "that Amazon (AMZN) is using thermal cameras in its warehouses and Whole Foods locations to accelerate screening for employees who may have contracted coronavirus." While it isn't yet clear that the equipment was made by Flir Systems the stock is up sharply because the company makes "thermal imaging, visible-light imaging, video analytics, measurement and diagnostic, and advanced threat detection systems."

Wall Street loves a good story but let's check out the charts and indicators.

The On-Balance-Volume (OBV) line is up from its March low but is lagging when compared to the price action. The Moving Average Convergence Divergence (MACD) oscillator is pointed up toward the zero line but has a ways to go till it can cross the line.

In the weekly bar chart of FLIR, below, we went back five years to show the extent of the damage on the chart. Prices are below the declining 40-week moving average line.
The weekly OBV line has been in a decline since last June and not just from February. The MACD oscillator is well below the zero line and is in negative territory.

In this daily Point and Figure chart of FLIR, below, we can see a potential upside price target in the $51 area but I don't get the sense that prices are that strong. 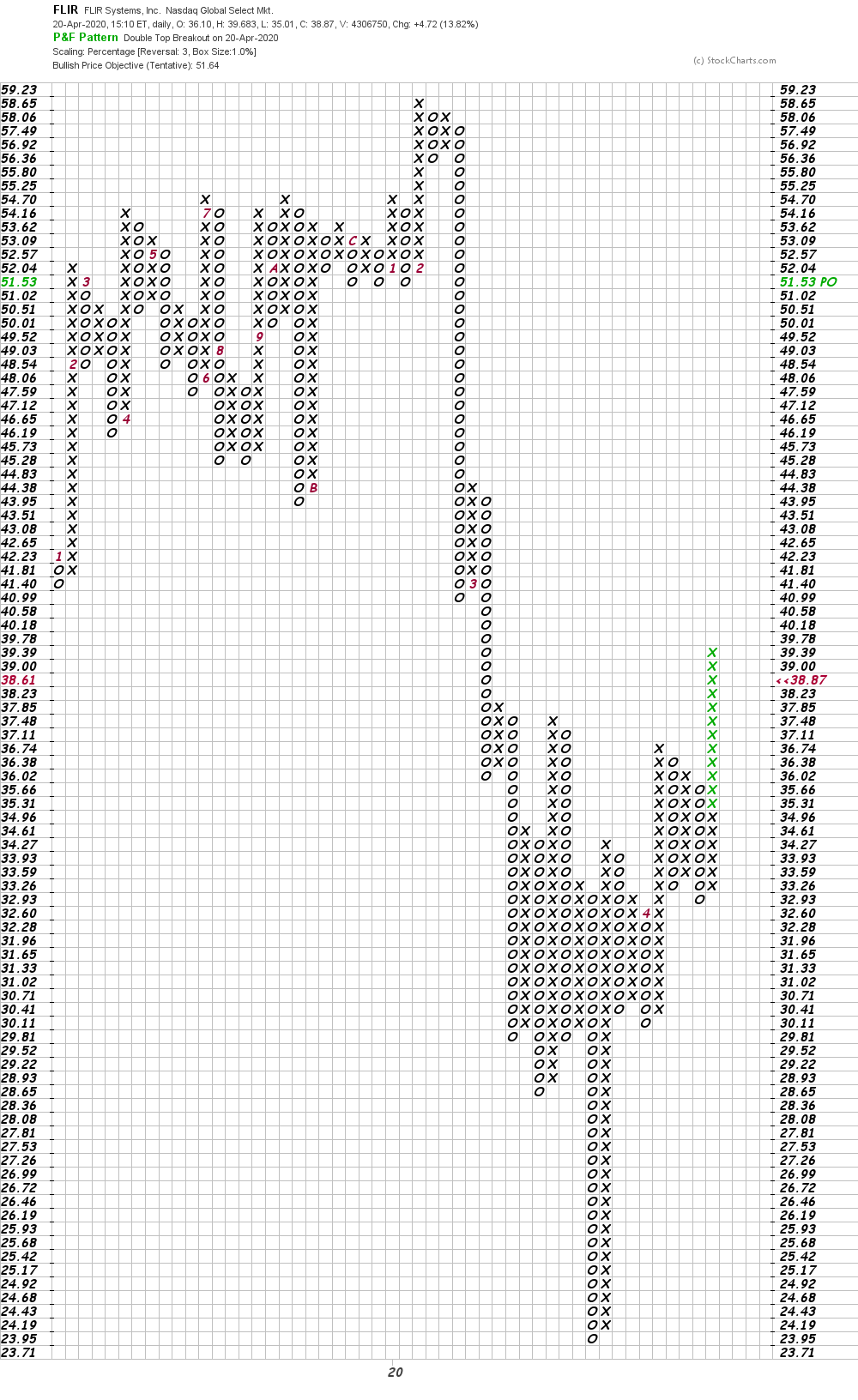 Bottom-line strategy: Sometimes a story can start a dramatic push of money into a stock and sometimes that push can continue. Other times an upside pop is just that and the next story can be disappointing. I like to see a well-developed base pattern before recommending a long position. I just don't see it on FLIR at this point in time.
Get an email alert each time I write an article for Real Money. Click the "+Follow" next to my byline to this article.
TAGS: Investing | Stocks | Technical Analysis | Technology Hardware & Equipment | Coronavirus

If you were a recent buyer of the stock this could be a painful correction.