During Wednesday's Mad Money program Jim Cramer dove into the topic of digital advertising. Back in the old days, if you wanted to advertise nationally, you had three choices, Cramer told viewers. There was ABC, NBC and CBS. Today we once again only have three choices, but now they're Alphabet Inc. (GOOGL) , Facebook Inc. (FB) and Amazon (AMZN) .

Digital advertising on the web is now controlled by just these three players, Cramer explained. That was made clear by the stunning drop in ad spending practically everywhere else. The New York Times (NYT) , however, was only buoyed by strong digital subscription sales.

Let's check out the charts of the old gray lady.

The On-Balance-Volume (OBV) line is resuming its advance from early October and the Moving Average Convergence Divergence (MACD) oscillator is crossing the zero line now for an outright go long signal.

In the weekly bar chart of NYT, below, we can see that prices have maintained an uptrend over the past three years. I guess this newspaper is not dead. Prices are above the bottoming 40-week moving average line.

The weekly MACD oscillator has been narrowing in recent weeks and could soon generate a fresh buy signal.

In this first Point and Figure chart of NYT, below, we used daily price data and can see the recent upside breakout and a potential $41 price target. 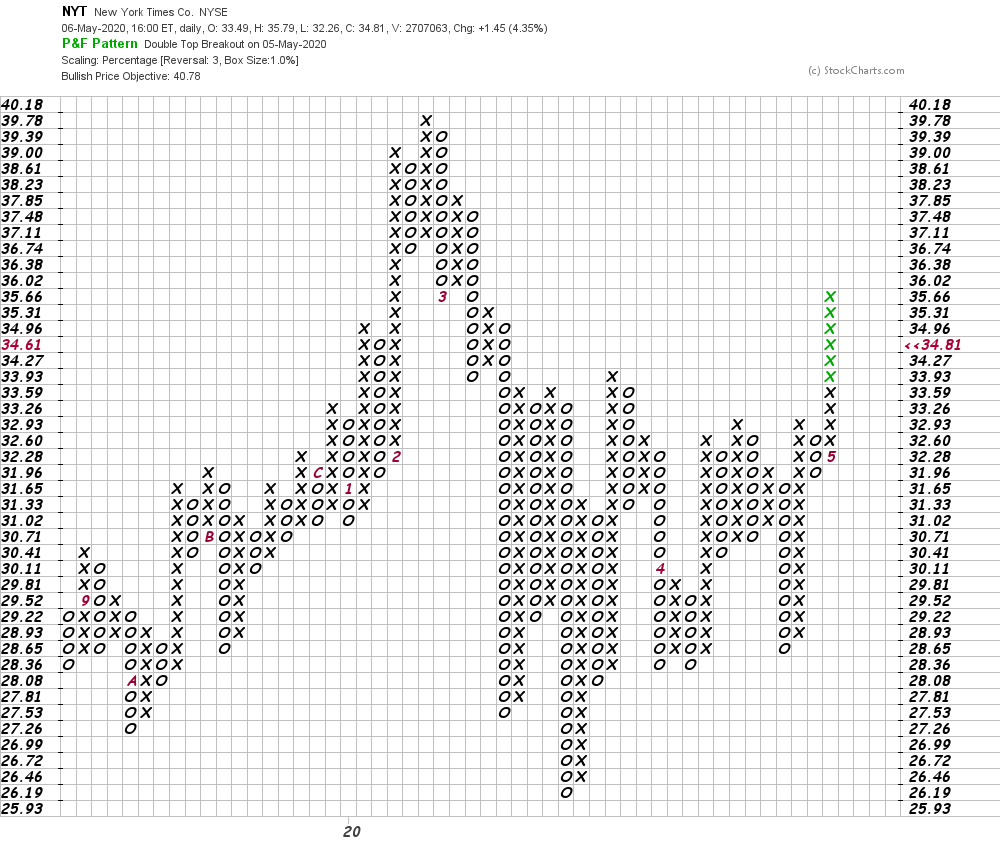 In this second Point and Figure chart of NYT, below, we used weekly data, which is projecting a longer-term price target in the $49 area. 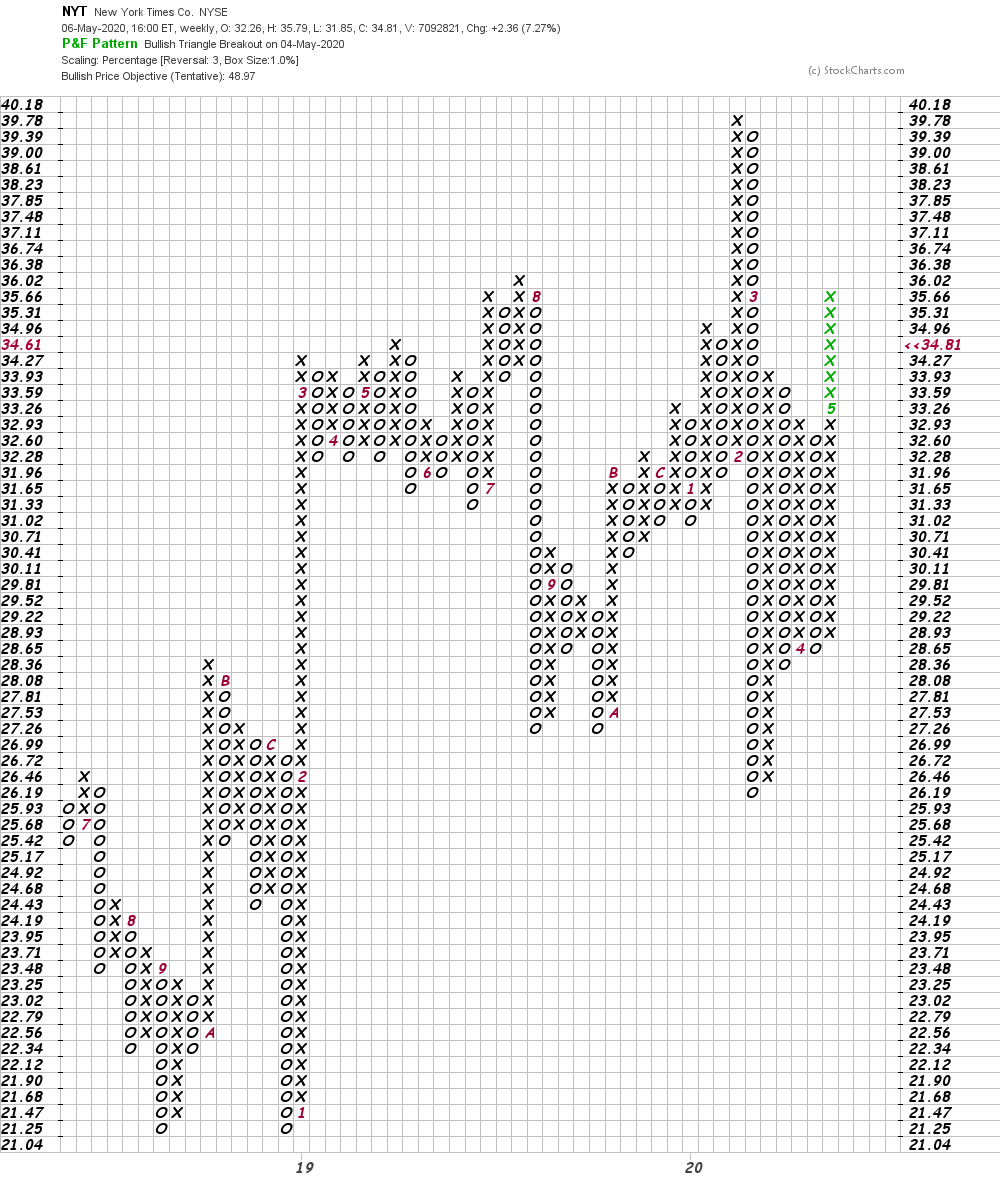 Bottom-line strategy: While so many other newspapers have folded, the New York Times continues to succeed and its stock continues to climb. Traders could go long NYT in the $35-$34 area risking to $31. Our price targets are $41 and $49.

(Amazon, Facebook and Alphabet are holdings in Jim Cramer's Action Alerts PLUS member club. Want to be alerted before Jim Cramer buys or sells these stocks? Learn more now.)

Get an email alert each time I write an article for Real Money. Click the "+Follow" next to my byline to this article.
TAGS: Earnings | Investing | Stocks | Technical Analysis | Newspapers | Mad Money