The bulk of the major equity indices closed lower Friday with the exception of the Dow Jones Transports posting a gain, while NYSE internals were modestly positive and those of the Nasdaq were negative.

The one event of note was the Nasdaq Composite (see below) closing below its near-term uptrend line, turning said trend to neutral from positive. As such, we now find the bulk of the near-term trends for the major equity indices in neutral with only the S&P 500 and Nasdaq 100 positive. 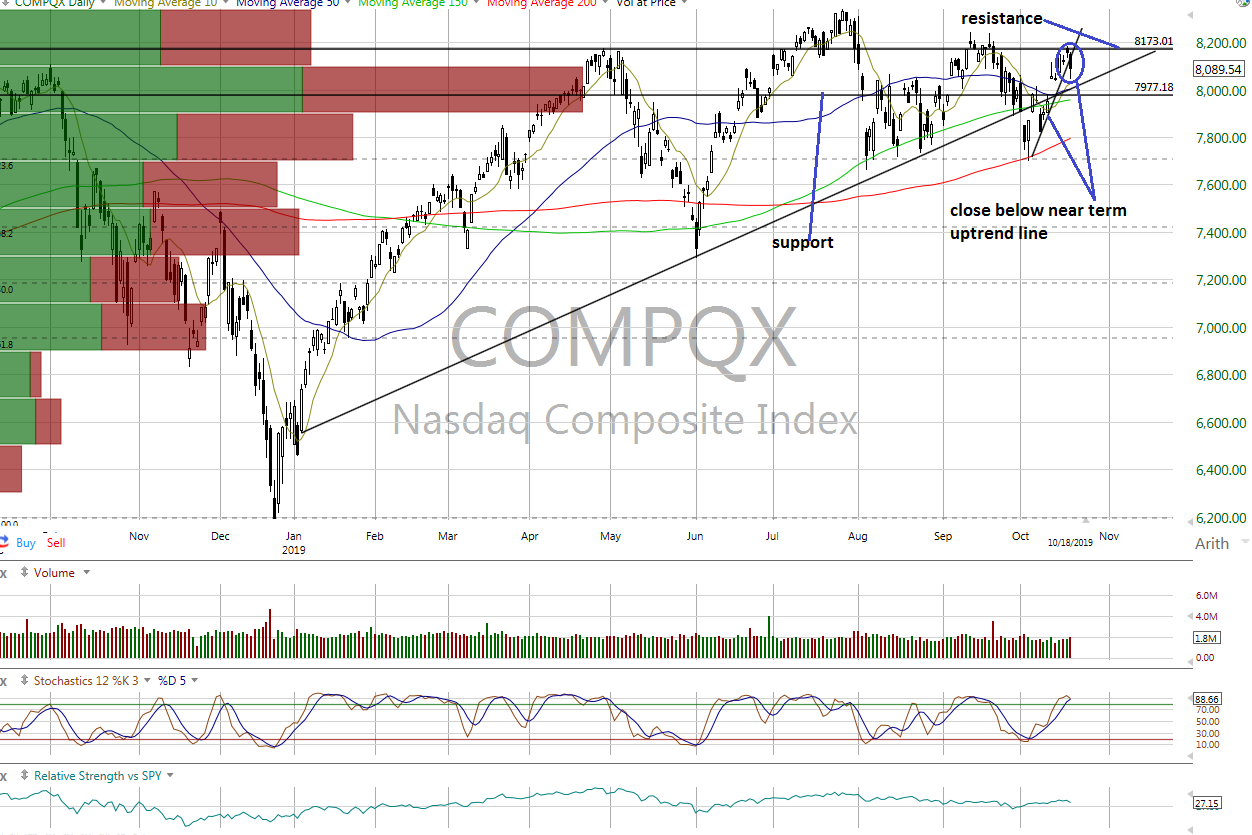 This current state of the near-term trends is similar to our concerns noted last week regarding the cumulative advance/decline line for the Nasdaq making a notably lower high during the recent rally, both of which suggest a weakening technical foundation, in our opinion.

The stochastic levels are overbought on all of the indices but have not yet yielded "bearish crossover" signals.

The cumulative advance/decline lines are positive on the All Exchange NYSE and Nasdaq while high "volume at price" (VAP) levels are generally supportive.

The data remains mostly neutral including all of the one-day McClellan Overbought/Oversold Oscillators (All Exchange:+28.54 NYSE:+24.56 Nasdaq:+33.73).

Valuation seems appealing, but a bit less so, with 12-month earnings estimates for the S&P 500 slipping again to $173.27 per share, via Bloomberg, leaving the forward P/E multiple at 17.2x while the "rule of twenty" finds fair value at 18.3x. S&P estimates have been shrinking daily over the past several sessions.

We have yet to see enough of a shift on the charts and data to alter our near term "neutral" outlook for the major equity indices.

Get an email alert each time I write an article for Real Money. Click the "+Follow" next to my byline to this article.
TAGS: Indexes | Investing | Stocks | Technical Analysis | Trading

Here's what the charts say.