And, yes, we are starting to see the inklings of folks warming up. And if they are not warming up, then they are telling us now, days after the fact, that, why yes, we were oversold coming into the week -- so, of course we should have expected a rally.

Gosh, we heard none of that chatter on Monday ....

But aside from chatter we saw the first inkling of change with the International Securities Exchange Call/Put ratio chiming in with a reading over 1.0, which was the first such reading in nine days. The CBOE's put/call ratio had its first reading under 1.0 in nine days, as well. So it's an inkling of change or perhaps more like an acceptance that we're oversold enough to rally.

Are we still oversold? I think yes. I use the 10-day moving average of net breadth as my guide for the Overbought/Oversold Oscillator and beginning Monday we have seven-straight days of negative breadth to drop. That doesn't mean we will be up every day (unlikely) but it ought to keep some momentum heading upward for the time being.

Getting back to sentiment, the 10-day moving average of the equity put/call ratio is now kissing the May and June peaks. It hasn't turned down yet; I expect it to do so next week. 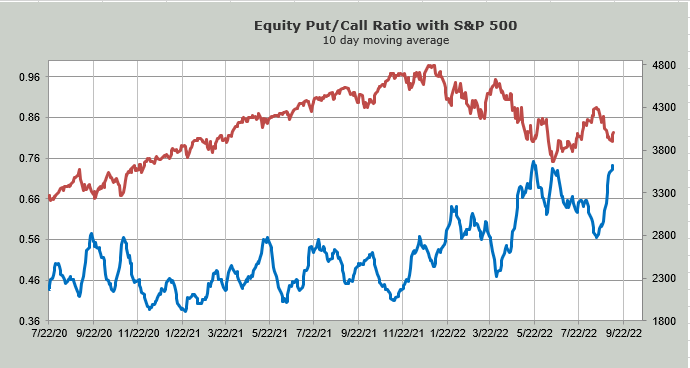 The American Association of Individual Investors (AAII) did not disappoint in that they turned solidly bearish this week with bulls back in the teens and bears in the 50s. 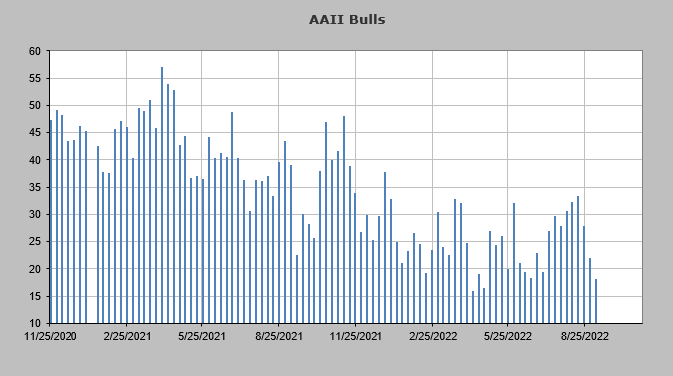 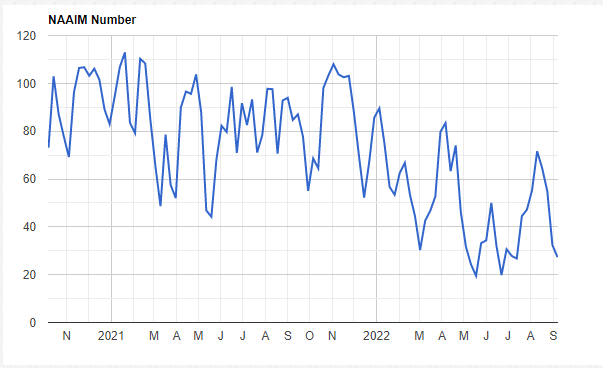 Then there is the buck. It tried to rally on Thursday, but gave it up. That's two days we've seen such action. That is reflected in the Daily Sentiment Index (DSI), which three days ago was at 93 and is now at 81. The buck may rally again, but from what I've seen the upside is getting harder to come by, so I'd lean toward a lower dollar in the next month or so.

If you want to be upset over the rally, then I can report that breadth was terrible on Thursday with net breadth at positive 300. I still think that if we have a day or two of downside we'll see the market rally again.

We need to relieve the oversold condition and the pessimism that has built up.