Lynch said Papa John's has delivered 10 consecutive quarters of out-performance and he's pleased with its quarterly results. He said while food prices continue to rise, Papa John's has been able to offset those increases with productivity and efficiency. Staffing is also starting to improve as people are slowly returning to the workforce, Lynch said.

In China, Papa John's currently has 250 locations, with many areas still underdeveloped, he said.

Papa John's continues to take market share thanks to food innovations, Lynch added. New items such as pepperoni stuffed crusts are proving to be a big hit with customers.

Let's check out the charts and toppings of Papa John's.

In this daily bar chart of PZZA, below, we can see that prices stalled in November/December and turned lower in January. Prices are now in a downtrend and trade below both the bearish 50-day moving average line and the declining 200-day moving average line. The trading volume has increased since the decline started in January, wihch tells me that traders recognize the trend has turned lower and they are voting with their feet. The On-Balance-Volume (OBV) line topped out back in November and its decline tells us that sellers of PZZA are more aggressive. The Moving Average Convergence Divergence (MACD) oscillator is bearish and in a decline below the zero line.

In this weekly Japanese candlestick chart of PZZA, below, we see a bearish picture. Prices are in an intermediate-term downtrend and trade below the negatively sloped 40-week moving average line. The recent candles are red and bearish with the close below the opening. No lower shadows are showing, so we know that traders are not yet rejecting the lows. The weekly OBV line is bearish and so is the MACD oscillator.

In this daily Point and Figure chart of PZZA, below, we can see a potential downside price objective in the $69 area. 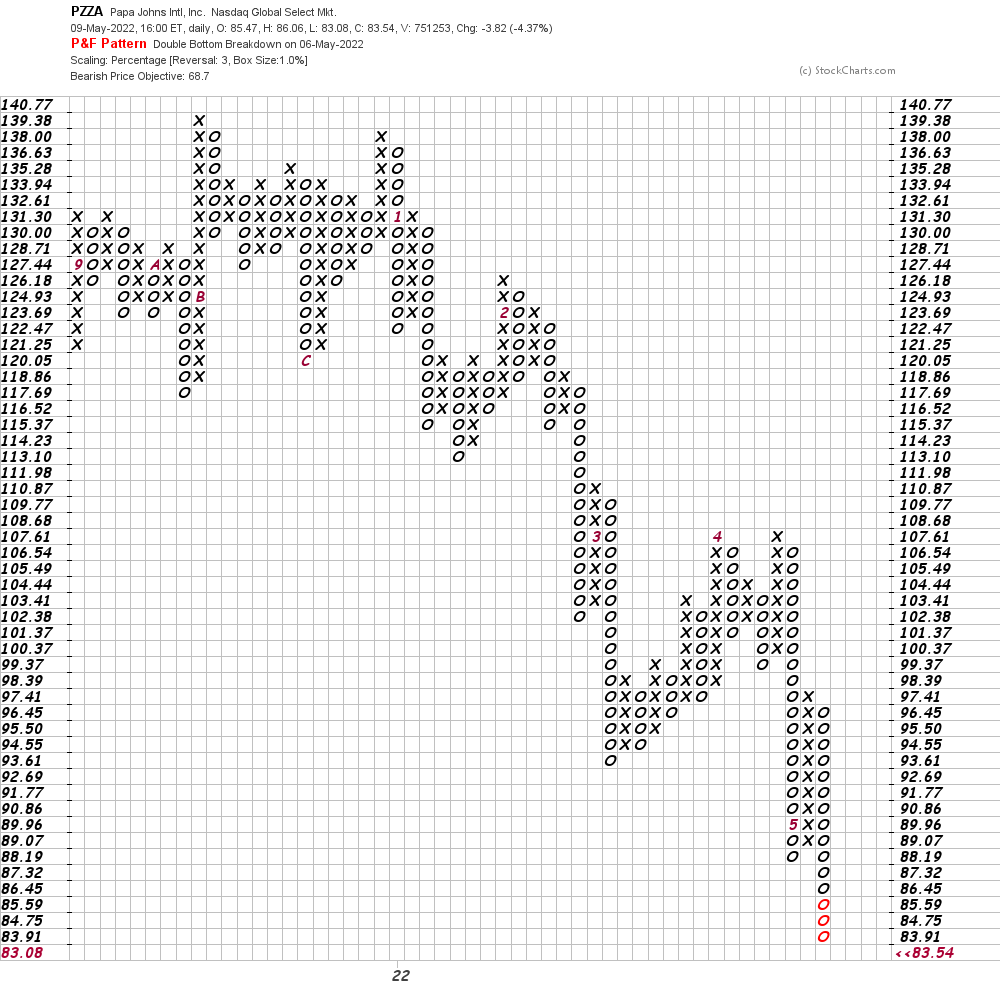 In this weekly Point and Figure chart of PZZA, a lower price target of $60 is projected. 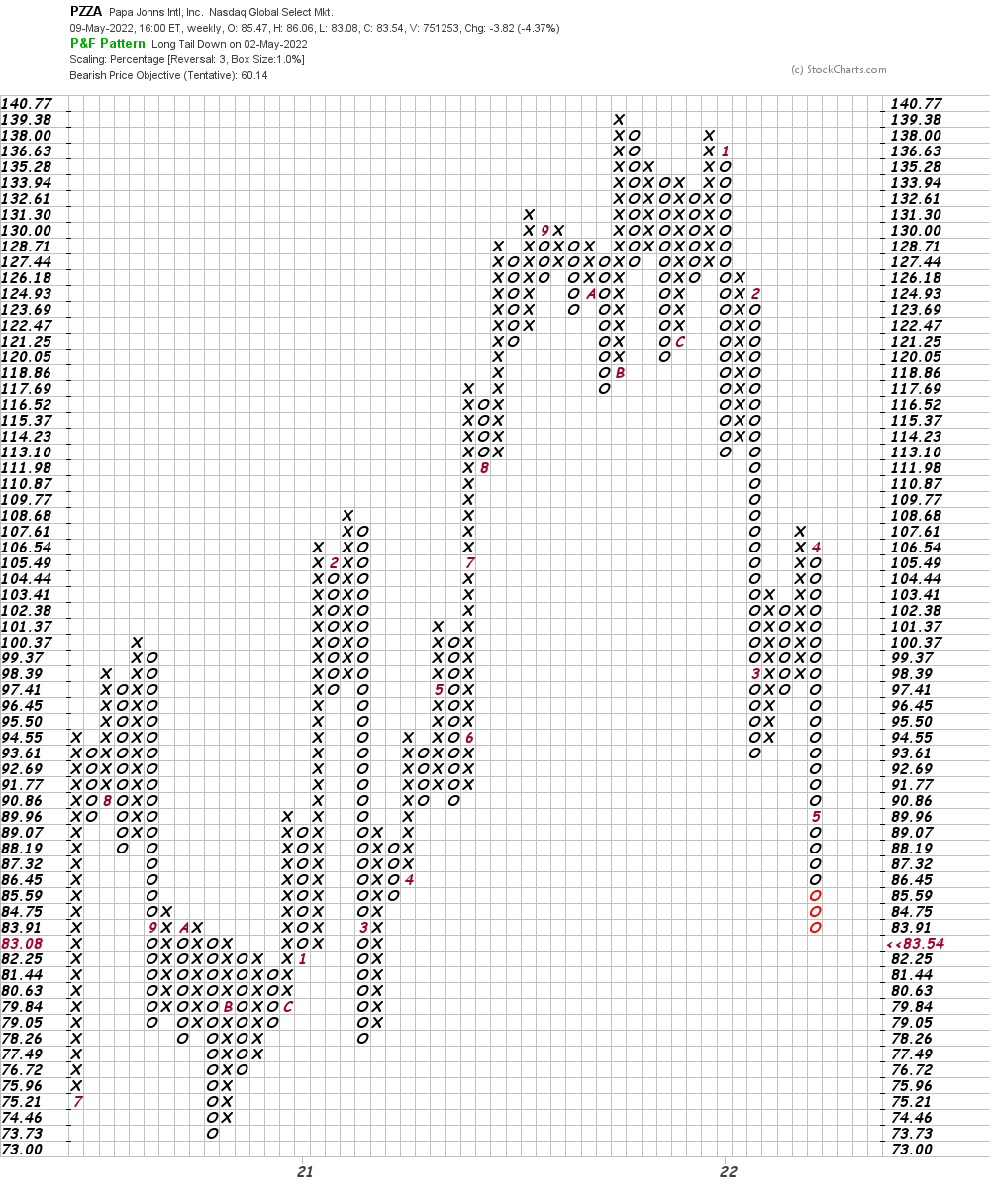 Bottom line strategy: Pizza may be an affordable dinner option for many, but the charts and indicators are telling a different story. Order extra toppings but avoid the long side of the stock.

Get an email alert each time I write an article for Real Money. Click the "+Follow" next to my byline to this article.
TAGS: Investing | Stocks | Technical Analysis | Food & Drink | Restaurants | Mad Money | Executive Interview | Real Money