In our last review of Plug Power (PLUG) on Feb. 25 we recommended, "In hindsight I recommended getting out a few days too early. I can live with leaving some money on the table cause it feels good to have no position when prices are sinking rapidly. Continue to stand aside."

The shares have just made a new low for the move down so let's check the charts again.

The On-Balance-Volume (OBV) line has weakened since topping out in January/February. A declining OBV line tells us that sellers of PLUG have been more aggressive with heavier trading volume on days when the stock has closed lower.

The trend-following Moving Average Convergence Divergence (MACD) oscillator moved to an outright sell signal in late February and is still below the zero line.

In the weekly Japanese candlestick chart of PLUG, below, we can see a bearish picture. Most of the candles have been red or bearish the past three months. The cresting 40-week moving average line is not far below the market.
The OBV line has weakened since early January. The MACD oscillator crossed to the downside for a take profits sell signal.

In this daily Point and Figure chart of PLUG, below, we can see a nearby price target of $29. This would be a new low for the move down and refresh the downtrend.

In this weekly close-only Point and Figure chart of PLUG, below, we can see the $13 area as a price objective. 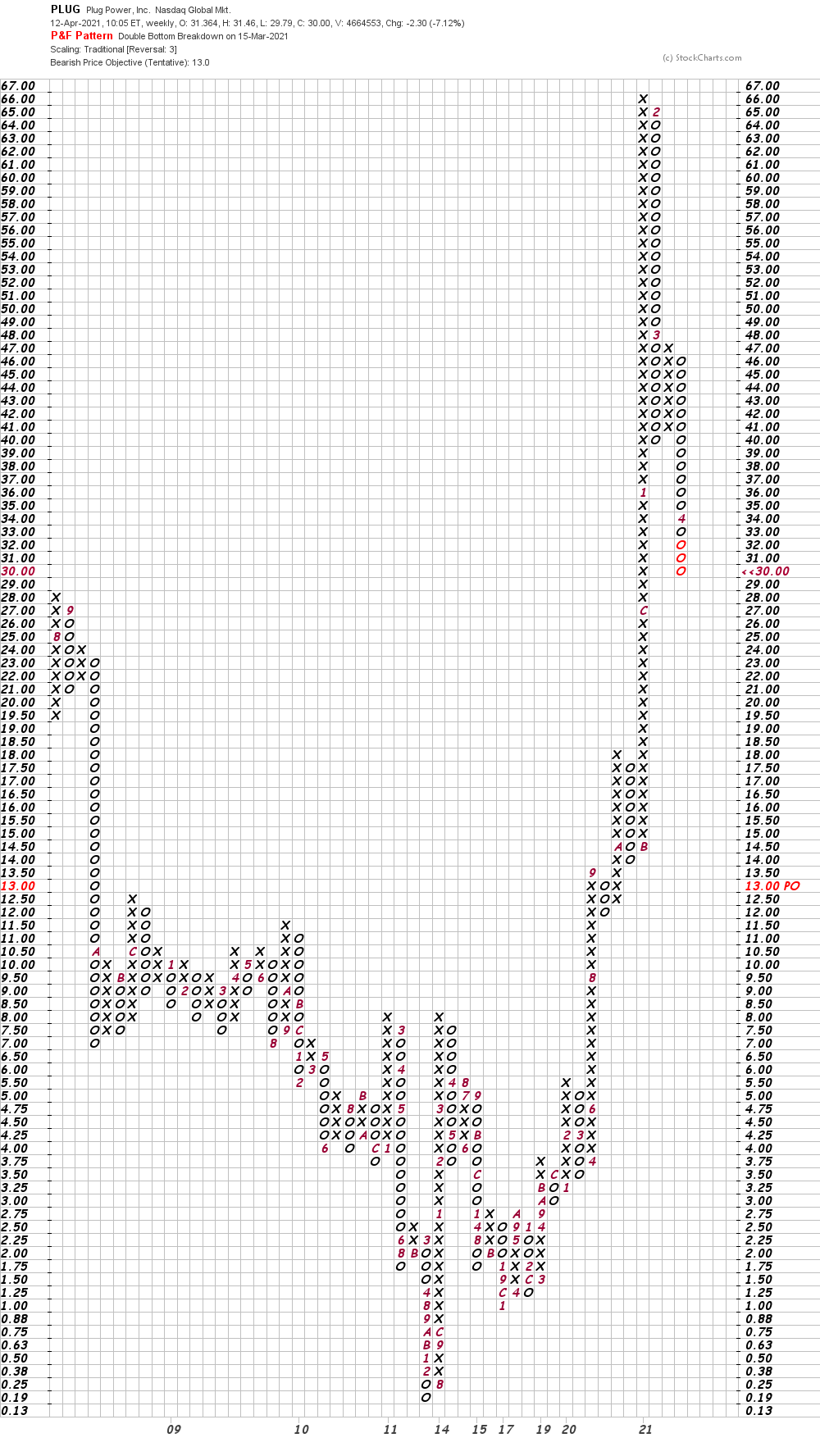 Bottom-line strategy: The charts of PLUG are still bearish and pointed lower. A test and break of the 200-day moving average line is likely in the near-term. Continue to avoid the long side.
Get an email alert each time I write an article for Real Money. Click the "+Follow" next to my byline to this article.
TAGS: Investing | Stocks | Technical Analysis | Energy | Transportation

The Challenge of Sustained Momentum in an Illiquid Market

It would be a mistake to assume that the market recovery this time will be swift and easy.

Get the Facts, Not the Hype, Then Trade

Rather than waste time trying to predict when, or if, a recession is on the way, why not simply buy shares that appear quite undervalued? Here are two to start with.

Is it more rallying to suck more people in? Or is it a rollover that will spit out those 'Sentiment Tourists'? Let's take a look.