Greenstein said that while anyone can make a mask, it's the filtration media inside that protects frontline workers.

While many investors may not have heard of this 150-year old company, Greenstein said Lydall tripled their capacity in the fight against Covid-19.

As the pandemic began, the world suddenly realized that most face masks were made in China, Greenstein said, but now there's been a wakeup call and countries around the globe are looking for reliable, regional suppliers like Lydall.

Let's check out the charts of LDL.

The daily bar chart of LDL, below, shows the stock have made a five-fold increase from its March nadir. Prices made corrections in June and August-September before rallying into December. LDL is above the rising 50-day moving average line and the now rising 200-day moving average line. There is a bullish golden cross back in early August when the 50-day line crossed above the 200-day line.

The On-Balance-Volume (OBV) line bottomed in April and now shows a rolling over pattern the past few weeks. The Moving Average Convergence Divergence (MACD) oscillator is above the zero line but crossing to the downside for a take profits sell signal.

In the weekly bar chart of LDL, below, we can see that the shares broke a longer-term downtrend and now trade above the rising 40-week moving average line.

The weekly OBV line is bullish and so is the MACD oscillator.

In this daily Point and Figure chart of LDL, below, we can see that the shares have only a nearby price target around $33. This would be twice the level of the 200-day moving average line and considered extended or overbought. 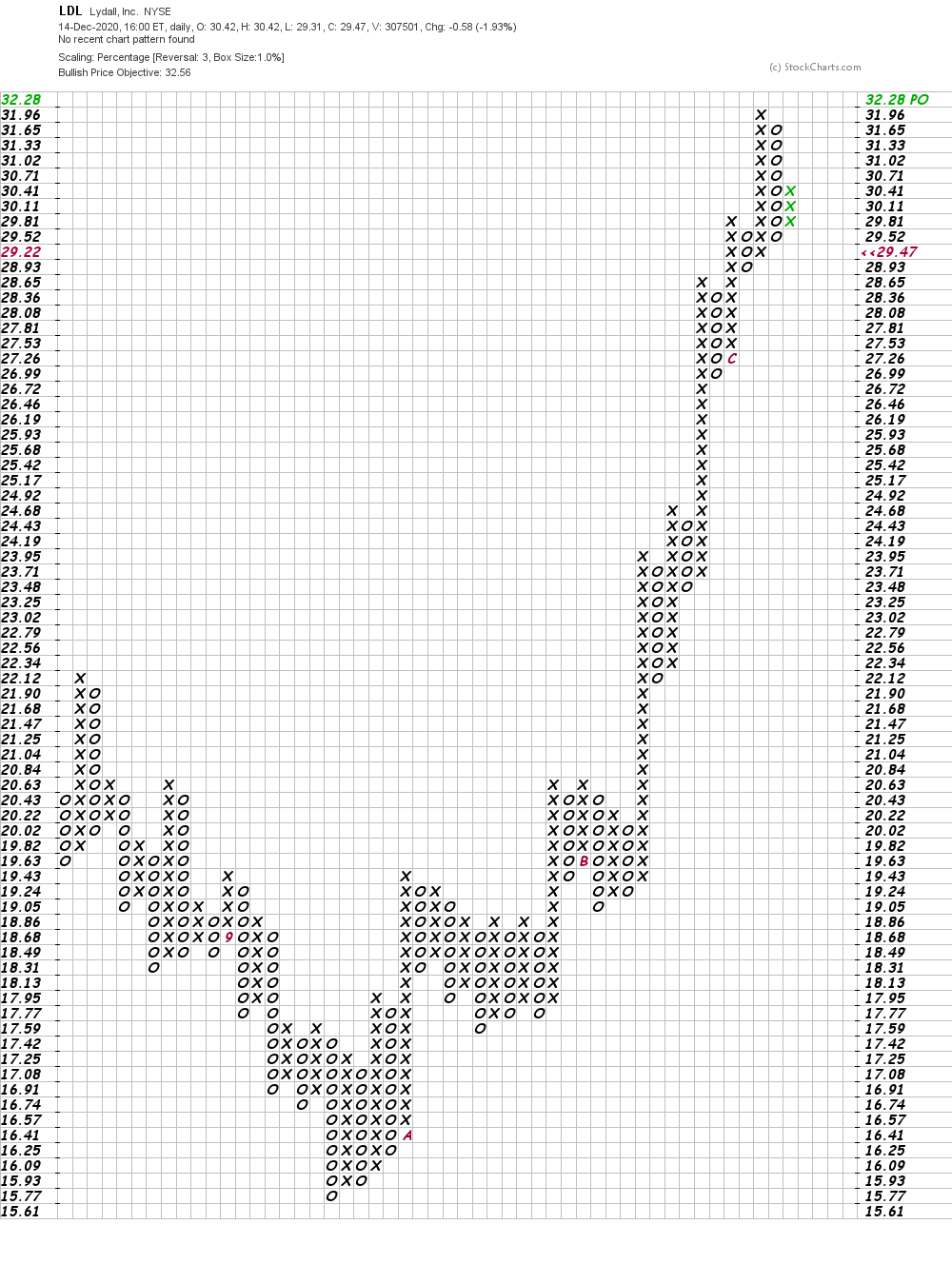 In this weekly Point and Figure chart of LDL, below, we used close-only price data. Here the software projects the $36 area as a potential price target. 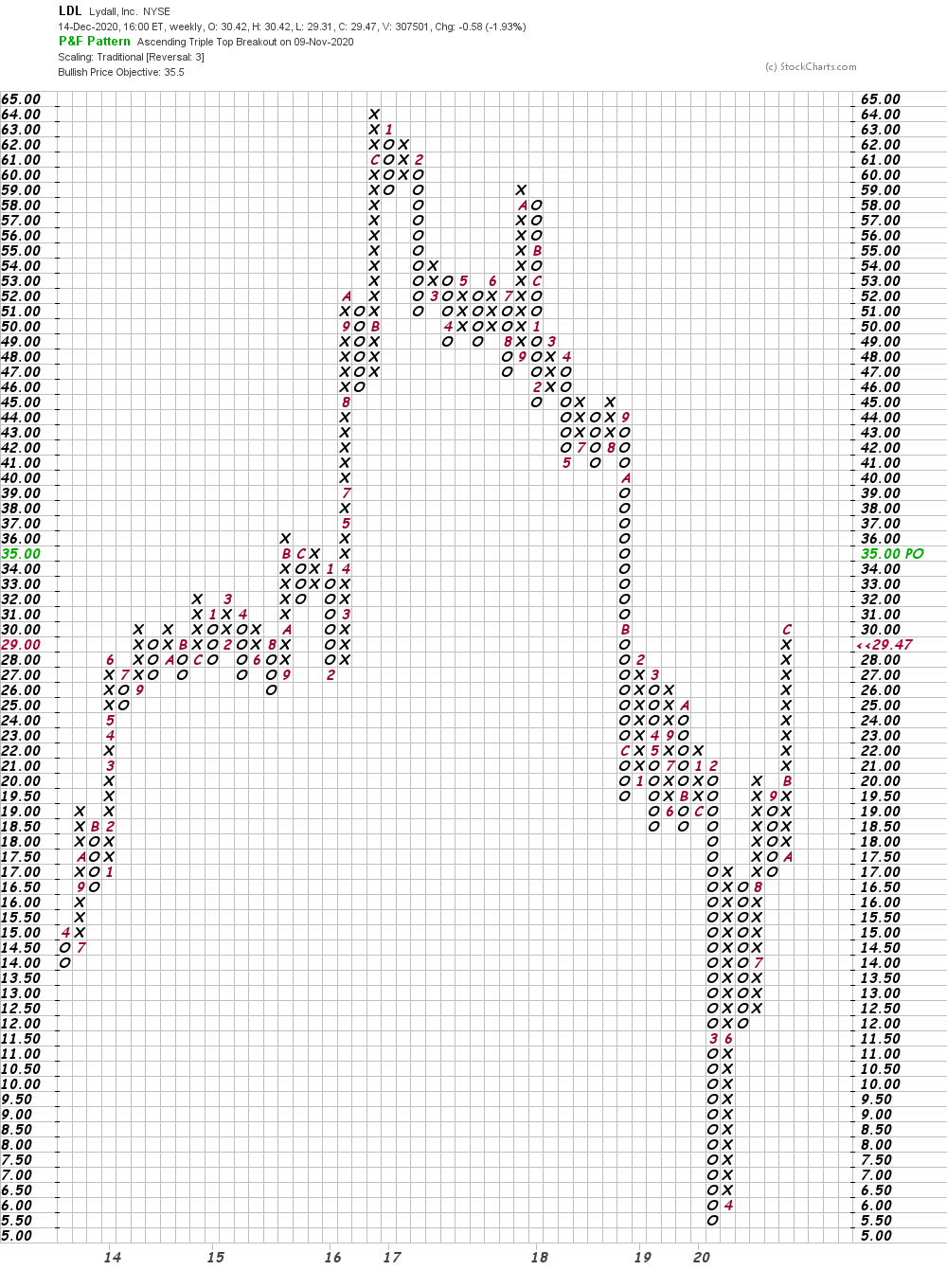 Bottom-line strategy: The charts of LDL show the stock is on the extended side with the daily OBV line rolling over. This tells me that we could see LDL make a sideways to lower correction in the weeks ahead before resuming the rally in the first half of 2021.

Get an email alert each time I write an article for Real Money. Click the "+Follow" next to my byline to this article.
TAGS: Investing | Stocks | Technical Analysis | Health Care Equipment & Services | Personal Products | Mad Money | Executive Interview