Apache Corp. (APA) has been in a tailspin from early October as crude oil prices have moved lower and lower. Did I say lower?

Jim Cramer did not like Apache in the "Lightning Round" Monday night during his Mad Money program. The question at this point in the downtrend is whether we are there yet. Let's check a few charts and indicators.

In the daily bar chart of APA, below, we can see a sharp decline to below $30 from $50. Prices are below the declining 50-day moving average line and the bearish 200-day line as well.

The daily On-Balance-Volume (OBV) line shows a peak in early October and a decline. Volume has been heavier in November and December and it looks like longs are bailing out of positions. The December decline has been shorter than the October decline and thus the 12-day momentum study shows a higher low from October to December. This is a bullish divergence but it may not have much power to reverse this decline.

In the weekly bar chart of APA, below, we can see a bigger and longer decline from late 2016. Prices are below the declining 40-week moving average line. The weekly OBV line shows weakness the past three months and the Moving Average Convergence Divergence (MACD) oscillator is in a sell mode below the zero line. Note that there is no nearby support on this chart.

In this Point and Figure chart of APA, below, we can see that prices reached a downside price target of $30.42. Reaching a price target is not a reason to buy as further declines could occur. 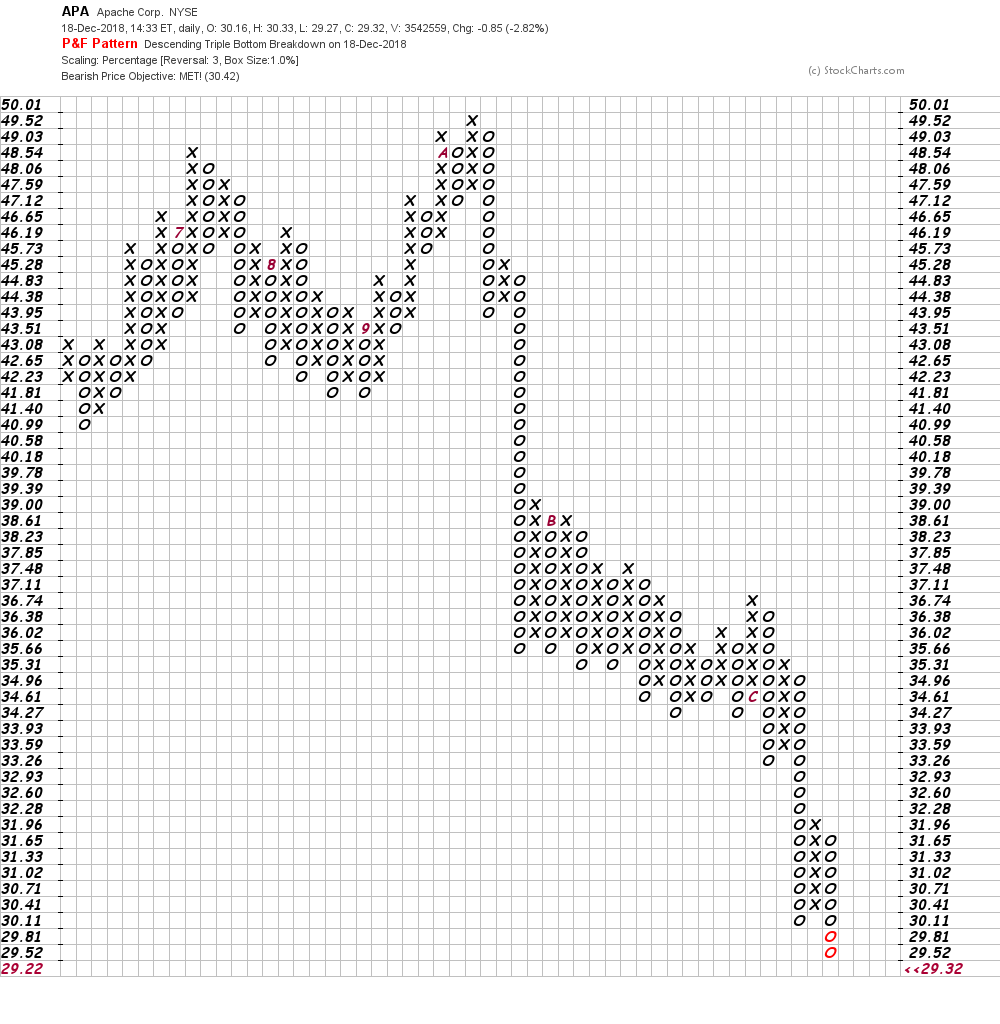 Bottom-line strategy: APA has been in a weak technical position for weeks and with prices back to levels not seen since 2002 energy bulls have to be very discouraged. The charts and indicators are not giving us any reasons to turn positive.

Get an email alert each time I write an article for Real Money. Click the "+Follow" next to my byline to this article.
TAGS: Investing | Oil | Stocks | Technical Analysis | Trading | Energy