That bout of volatility arrived more quickly than I expected it would, but I suppose I should not be surprised. I had thought this market would be filled with volatility this year.

But let's talk about how bearish folks have become. No wait, let's first talk about the 200-day moving average of Nasdaq. It now resides about 100 points below where Nasdaq closed. I have never been one to fuss over the 200-day moving average, because to me it's just a number. To me it matters if it is rising or has it rolled over and heading down. The reason most care is because -- especially in this day and age of so much passive and index investing -- we would assume that is the average price folks
"own" the index at over the last 10 or so months. So that would mean trading under there could put folks under water.

Note that 200 trading days ago was late March. Nasdaq was trading around 13000 at the time, so for now that 200-day moving average is still rising. Unless Nasdaq trades well under the levels seen last spring that average will keep rising. But maybe, just maybe, a break of it would give us some panic as folks fuss over it.

On a closing basis Nasdaq actually closed lower than it did on Monday; it was the lowest close since October. So now you know why it seems everyone seems so bearish. Are they really bearish? Well the American Association of Individual Investors (AAII) saw the bulls drop to 24%, the lowest reading since mid September. So I would say, using this metric, folks have pulled in their horns. As a reminder, the Investors Intelligence bulls chimed in at 43% this week and it is entirely likely they will fall under 40% next week. Using these two surveys folks are not bullish. 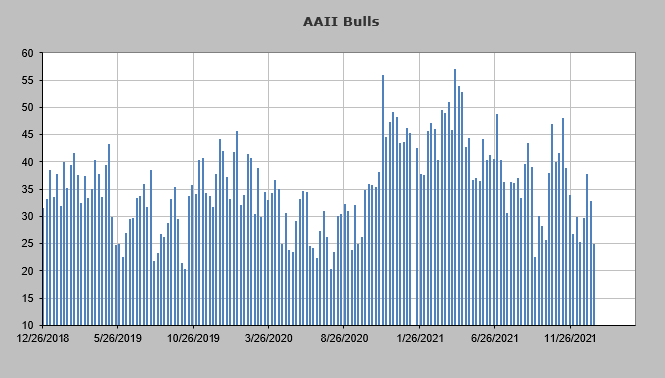 Using the National Association of Active Investment Managers (NAAIM) weekly Exposure the best I can say is they reduced their exposure over the last week (to 74), but that's not an actionable reading; there's still much "exposure" there. 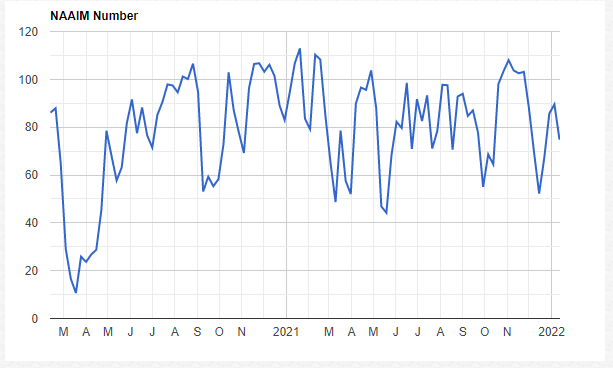 The 10-day moving average of the put/call ratio is rising and at .88 it is in no man's land. It shows more bearishness, but not the sort we saw in December. 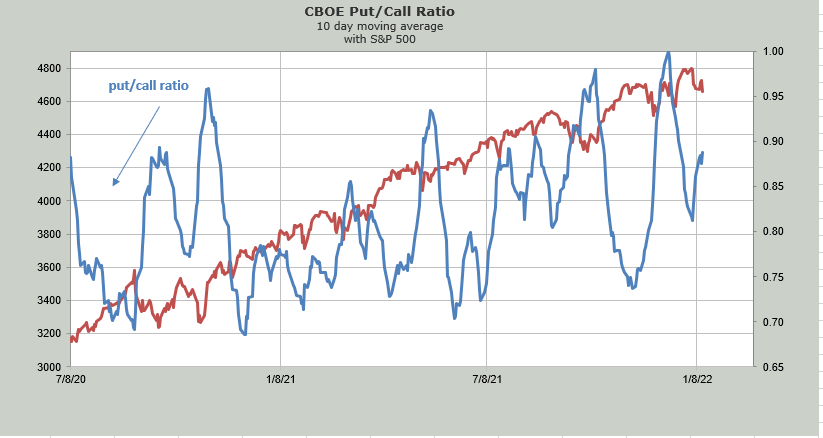 The statistic I will watch in the coming days is the number of stocks making new lows. Both Nasdaq and the New York Stock Exchange saw fewer new lows than they did on Monday, but so many stocks stopped right at Monday's intraday lows. So, it's hard to say what would happen if the market opens down on Friday. The peak reading for new lows is now 740 from Monday on Nasdaq. Thursday saw 430.

There's an old market adage that says corrections are the market's way of changing leadership. With the index movers out of favor the indexes are correcting and at least for now new leadership has emerged. Breadth on Thursday was mostly flat. Now that's the inverse of what we saw last summer, isn't it?