Let's check out the charts and the indicators.

In this updated Japanese candlestick chart of TSLA, below, we are using weekly data. We are close to seeing a pattern called "8 to 10 record highs." This is not a common pattern as it can take at least eight weeks or even eight months to develop. Think about this -- a security that has gone up for eight weeks is likely to be pretty extended or overbought. Profit taking is likely and that can set the stage for a reversal. Trading volume has been weakening since August and the weekly OBV line has not kept up with the price gains. The slow stochastic indicator (an overbought/oversold indicator) shows extreme readings in the 90 area the past month. Being overbought is not an automatic sell signal, but it should give buyers pause.

In this daily Point and Figure chart of TSLA, below, we can see that prices have reached and exceeded a $719 price target. Prices can still go higher, but this, too, should give some buyers pause. 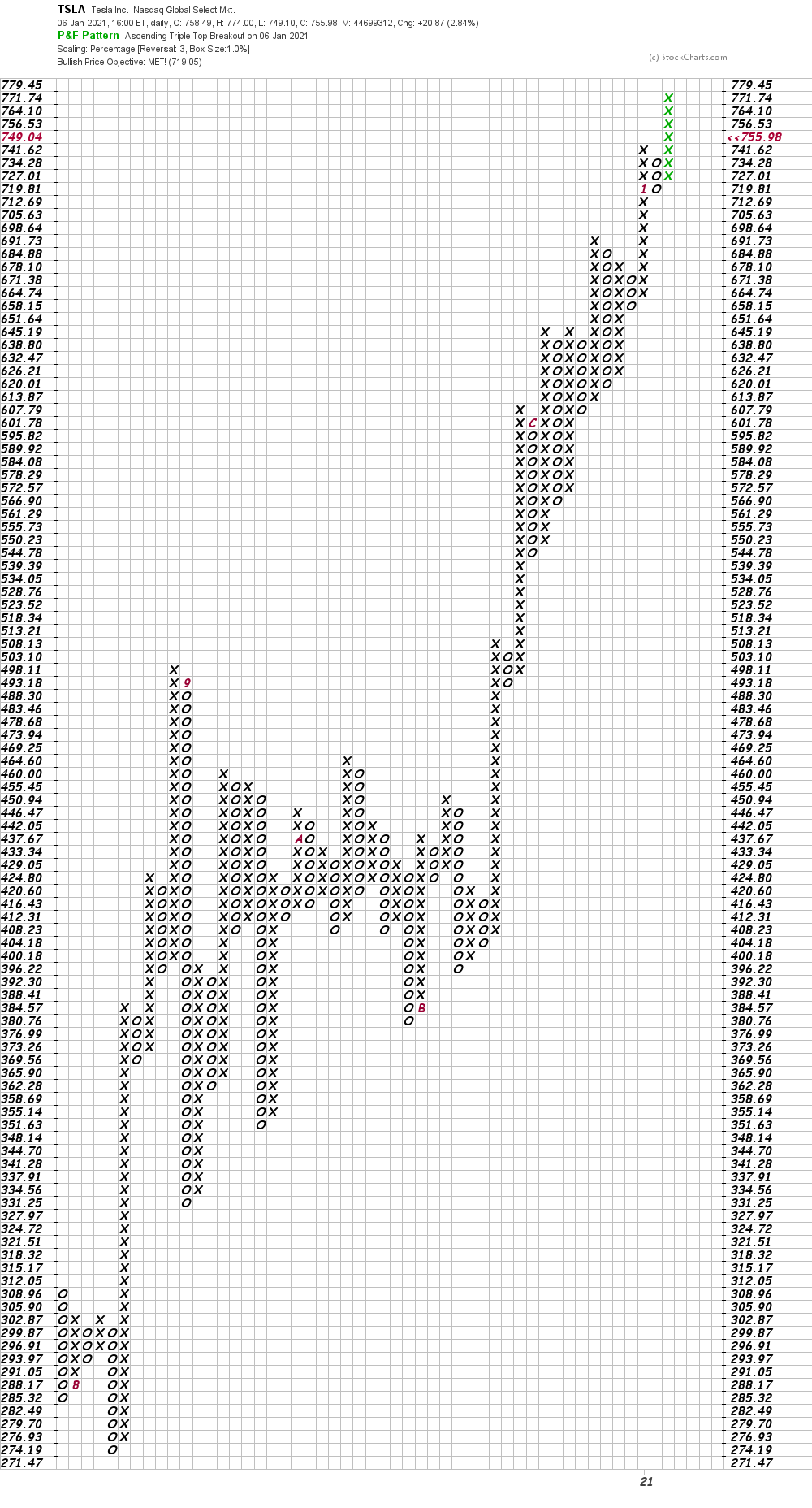 Get an email alert each time I write an article for Real Money. Click the "+Follow" next to my byline to this article.
TAGS: Investing | Stocks | Technical Analysis | Automotive | Technology | Real Money | Electric Vehicles