Second-quarter revenues came in light, but that was understandable given Tesla's problems with supply chains and, in China, plant closures due to Covid. Those issues are expected to be temporary and are largely in the rear-view mirror.

Despite Thursday's big gain, Tesla is still down 32% year to date. What's next for the stock? Let's go to the charts to find out.

On Thursday, Tesla vaulted out of a two-month long consolidation. That consolidation took the form of a symmetrical triangle (converging black lines). The pattern itself has no directional bias as the breakout determines the next move. 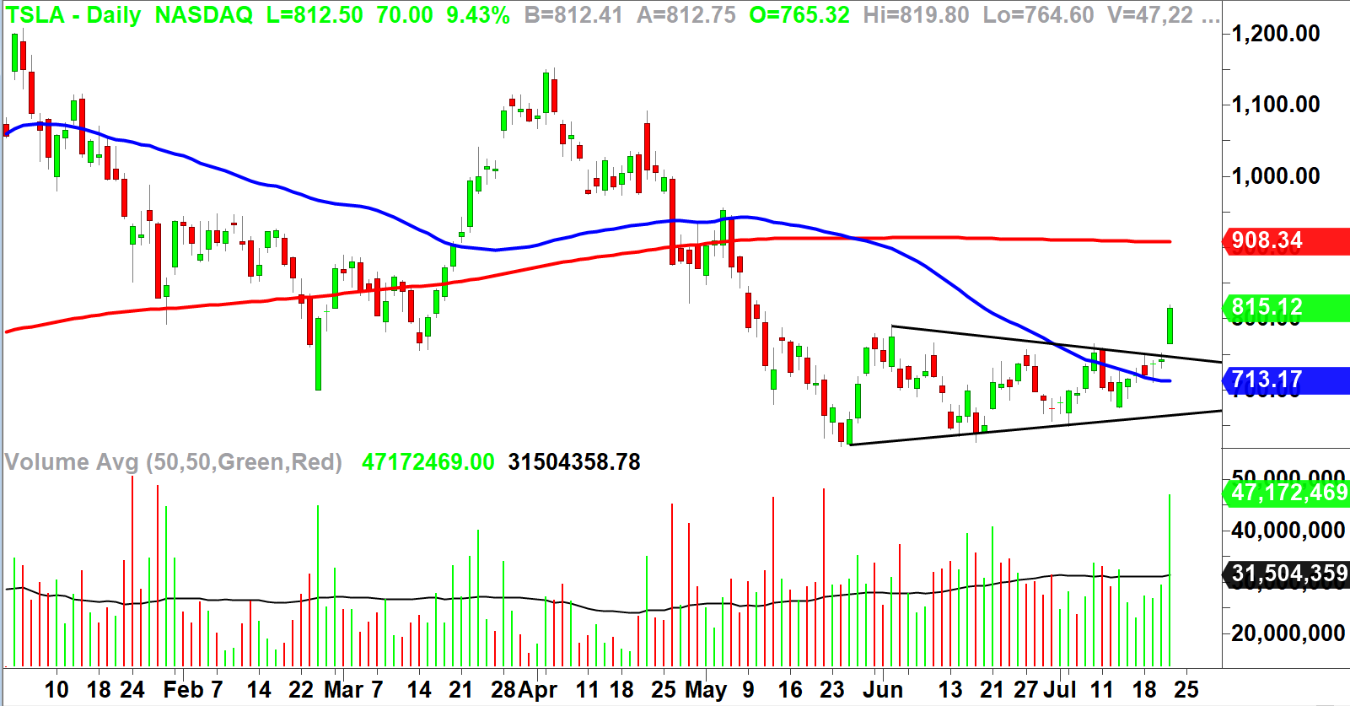 The explosive move that followed is a perfect example of everything a breakout should be.

There is an old saying among chartists, "The longer the base, the further into space." That two-month consolidation launched the stock into orbit like a SpaceX rocket.

Another key ingredient to a successful breakout is an increase in volume. On Thursday, Tesla's volume was over 1.5x average and turnover was at its highest rate since May 20.

A meaningful increase in volume could be a signal that institutions are buying Tesla. This is a positive sign going forward because institutions can sometimes accumulate a stock for months before reaching their desired quota of shares.

Technical traders will watch that area closely to see how the stock reacts to the moving average. Based on this chart, I expect Tesla to reach at least $900 and possibly higher.

The company may have another winner in the pipeline. On Thursday, controversial Tesla founder and CEO Elon Musk teased his long-awaited Cybertruck, which should be available by next summer. On a post-earnings conference call, Musk referred to the futuristic battery-powered electric pickup truck as his "best product ever."

We're owners of Tesla shares once again and will continue to hold as long as the stock remains above its 50-day moving average, currently at $713.

Get an email alert each time I write an article for Real Money. Click the "+Follow" next to my byline to this article.
TAGS: Stocks | Technical Analysis | Real Money | Electric Vehicles | Investing