Tesla Inc. (TSLA) is the Stock of the Day at Real Money this Thursday as the market reacts to disappointing second-quarter numbers that sent its shares down nearly 15% shortly after Thursday's open. Let's check out the charts and use our imagination a bit.

In this daily bar chart of TSLA, below, we can imagine a large gap to the downside. This gap could do two things to the chart. One is the rally from early June would be stopping short of the under side of the declining 200-day moving average line. Second is that prices will be a lot closer to a retest of the flat/bottoming 50-day moving average line. The daily On-Balance-Volume (OBV) line has been neutral the past seven weeks and  weakness here on Thursday may turn the line to the downside. The Moving Average Convergence Divergence (MACD) oscillator has narrowed recently and it could cross to a take profits sell signal.

In this weekly bar chart of TSLA, below, we can imagine a reversal to the downside with a large outside week bar. Prices are below the bottoming 40-week moving average line and the weekly OBV line could make a peak. The MACD oscillator crossed to a cover shorts buy signal two weeks ago and that signal might get reversed.

In this Point and Figure chart of TSLA, below, we can see an upside price target. This target is likely to be removed as prices should make a long column of O's to around $235 or so. 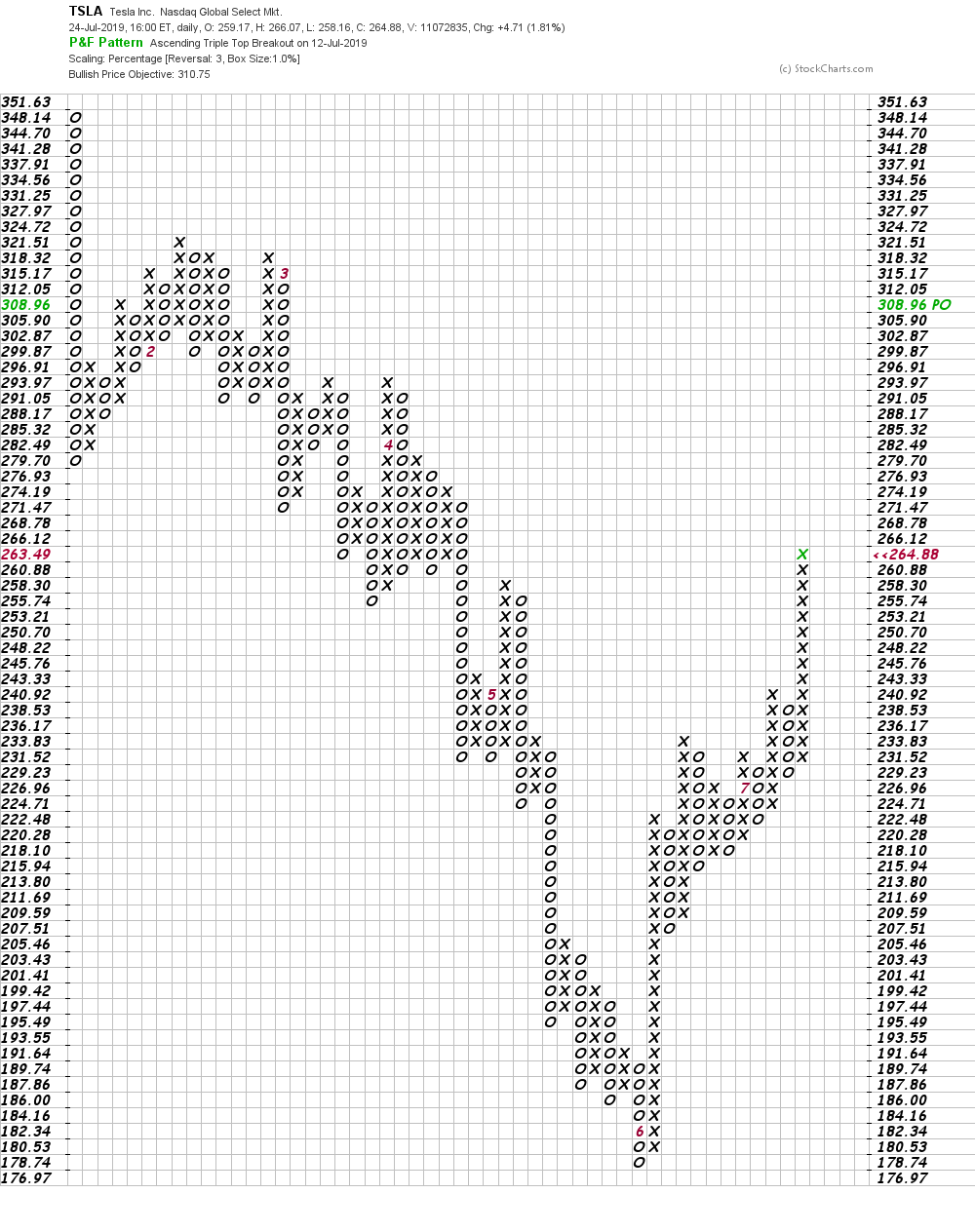 Bottom line strategy: Traders will probably look for some chart support in the $230-$225 area here on Thursday and probably Friday. If that support gets broken TSLA could retrace more of its summer rally.

Get an email alert each time I write an article for Real Money. Click the "+Follow" next to my byline to this article.
TAGS: Earnings | Investing | Stocks | Technical Analysis | Automotive | Consumer | Technology | Transportation | Real Money | Consumer Discretionary | Stock of the Day | Elon Musk