Souki explained that oil giant Total S.A.  (TOT) has agreed to a $900 million investment in Tellurian. Total will be investing $500 million directly into the Louisiana facility and has agreed to buy 1.5 million tons of gas, among other investments.

Let's check out the charts and indicators of TELL.

In the daily bar chart of TELL, below, we have a mostly trendless chart. Prices are pretty much in the same place they were twelve months ago. Currently, TELL is below the slightly declining 200-day moving average line but just above the declining 50-day line.

The On-Balance-Volume (OBV) line has been in a decline since early April and that bearish trend could continue. The Moving Average Convergence Divergence (MACD) oscillator turned up from below the zero line in June for a cover shorts buy signal.

In this weekly bar chart of TELL, below, we can see a sideways to lower pattern going back to early 2017. The 40-week moving average line is in a decline.

The OBV line made a new low for the move down and the MACD oscillator is below zero.

In this Point and Figure chart of TELL, below, we can see a potential upside price target of $10. 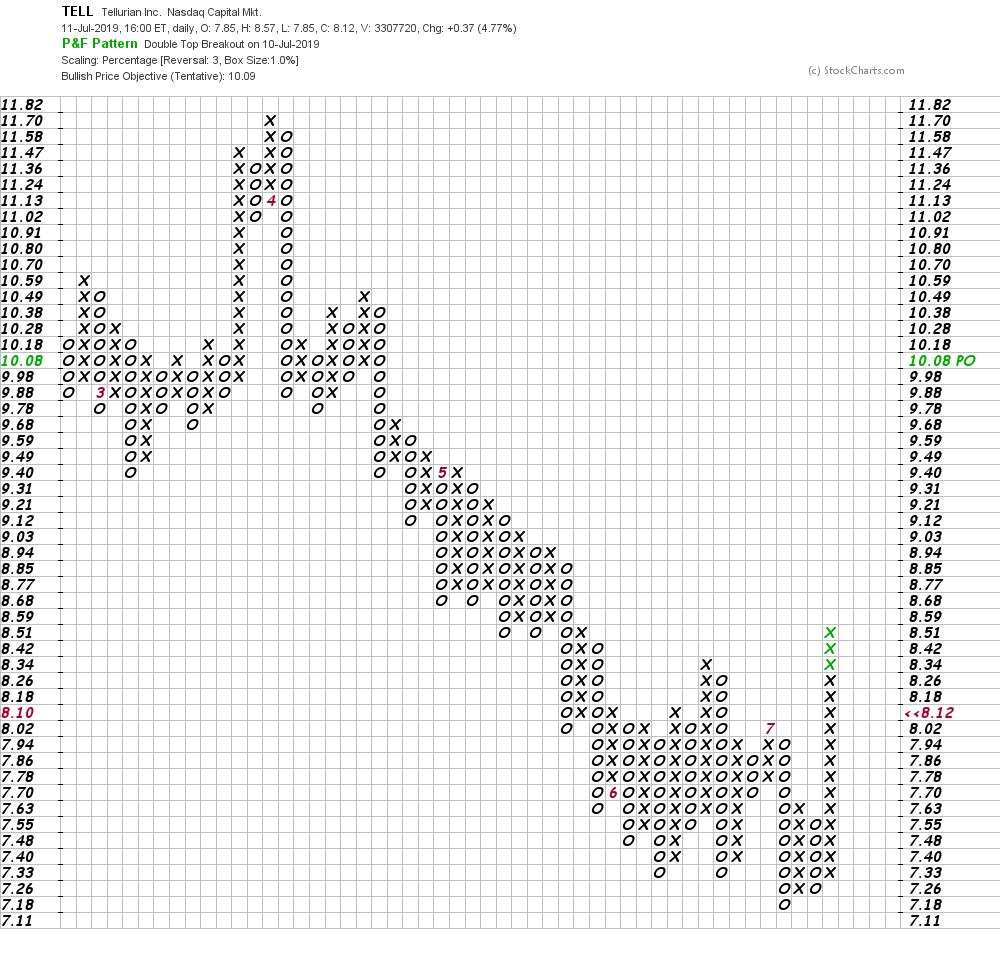 Bottom-line strategy: Overall the charts above are not promising. Prices might bounce to $10 based on the Point and Figure count but I do not find the other charts supportive.

Get an email alert each time I write an article for Real Money. Click the "+Follow" next to my byline to this article.
TAGS: Investing | Stocks | Technical Analysis | Transportation | Natural Gas | Mad Money | Executive Interview