During Wednesday's Mad Money program Jim Cramer talked about General Electric Co. (GE) being a mixed story that may not play until 2021. Let's take a look at some charts, both near-term and longer-term, to see what parameters we may need to be prepared for in holding GE for a year or more.

In the daily bar chart of GE, below, we can see that the stock made a low in August and rallied nicely into February. Prices started a sharp decline in February that lasted into March breaking the August lows. GE held around the $6.00 area and managed to bounce up above $8 briefly before gravity brought the stock back to the $6 area again.

Trading volume has been pretty heavy the past two months and the On-Balance-Volume (OBV) has made new lows for the move down from late November. The Moving Average Convergence Divergence (MACD) oscillator crossed to the upside in late March for a cover shorts signal but it is a long way from an outright buy.

In the weekly bar chart of GE, below, we can see that prices have been trying to hammer out a bottom pattern from late 2018. This is not the first time prices were in the $6 area. GE is below the declining 40-week moving average line.
The weekly OBV line has been weak the past three months and tells us that sellers are more aggressive even at these relatively low levels. The MACD oscillator is below the zero line and pointed lower.

In this first Point and Figure chart of GE, below, we used daily price data and here the chart shows a modest upside price target in the $7.25 area. Not much to write home about. 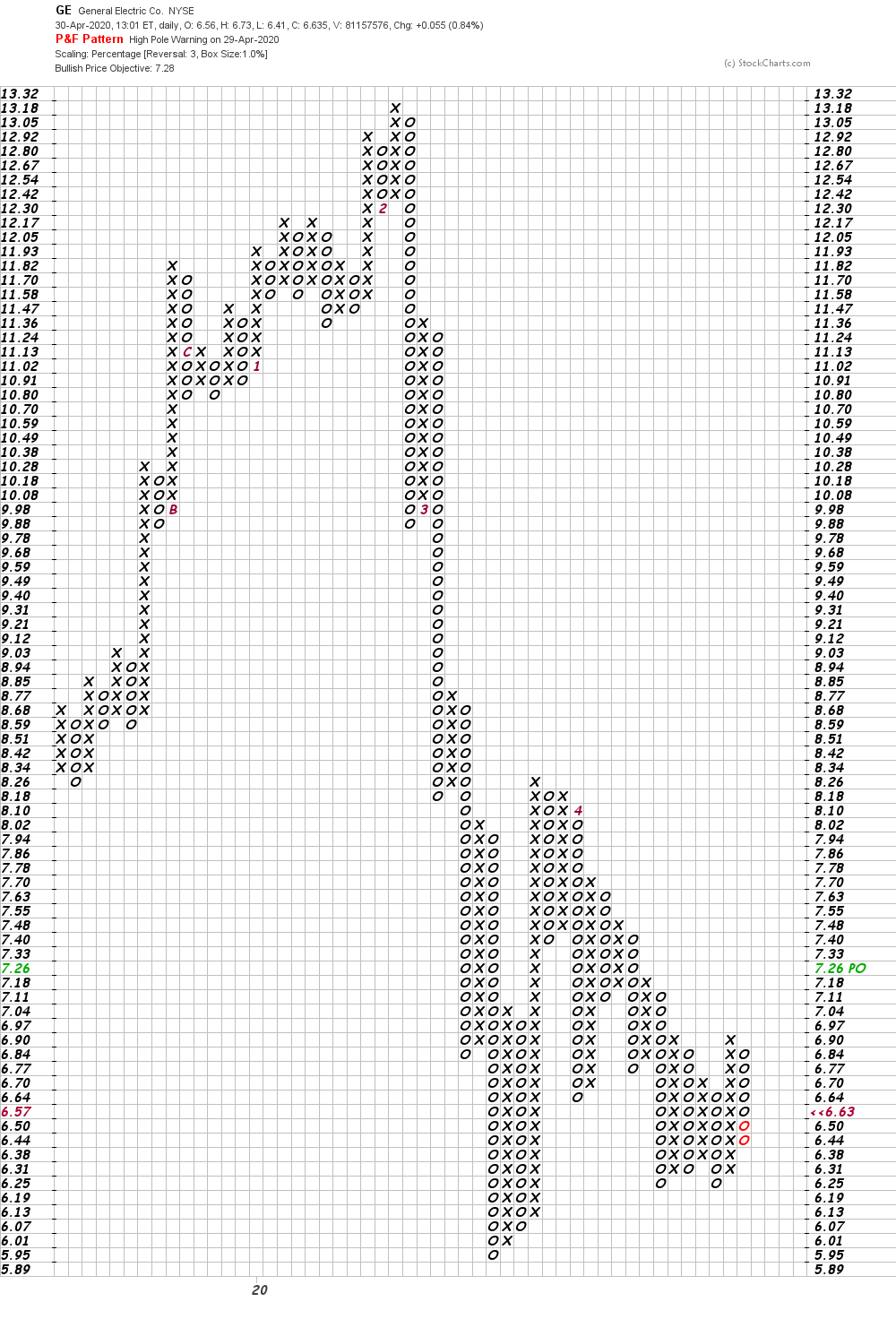 In this second Point and Figure chart of GE, below, we used weekly price data and here the chart shows a possible downside price target in the $1.22 area. Depressing.

In this third Point and Figure chart of GE, below, we used weekly price data and a traditional scaling to produce a $1.00 downside price target. 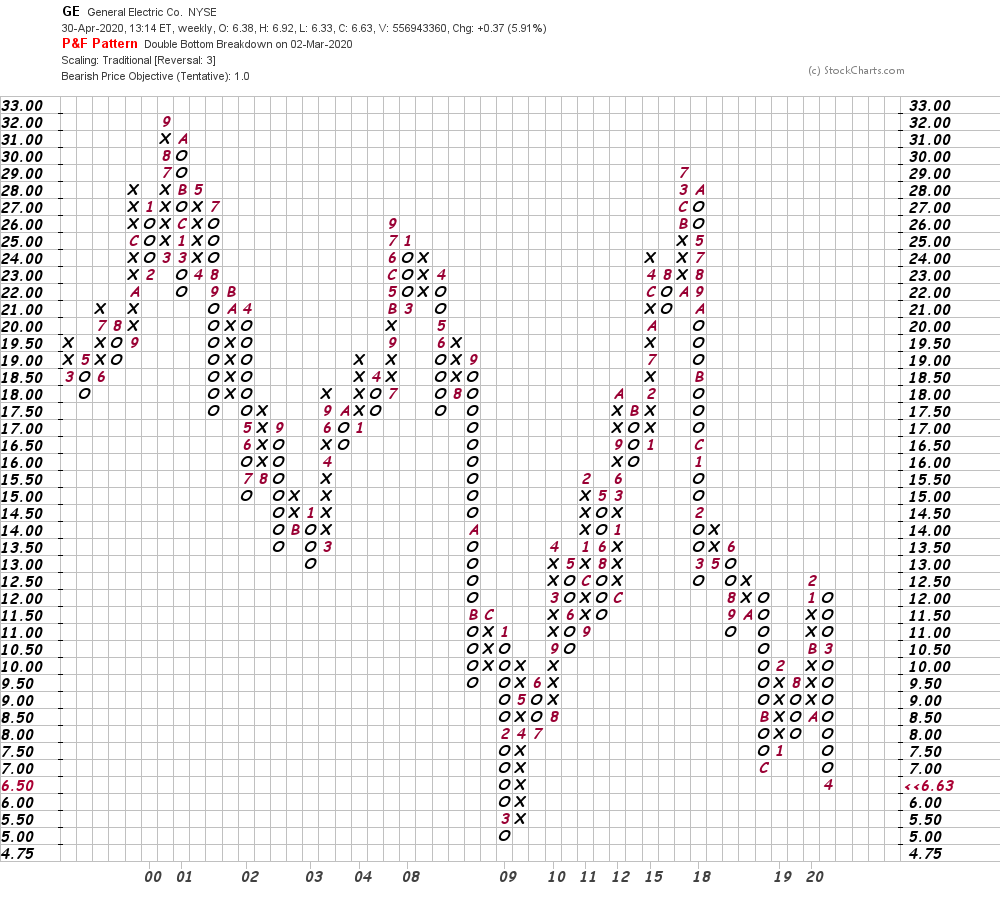 Bottom-line strategy: If Jim Cramer is correct that an improvement in the fundamentals of GE might not appear until 2021 then there could be a risk that the price of GE falls to the $1.00 area purely based on the charts. At point you have to think of it as a lottery ticket.

(GE is a holding in Jim Cramer's Action Alerts PLUS member club. Want to be alerted before Jim Cramer buys or sells GE? Learn more now.)

Get an email alert each time I write an article for Real Money. Click the "+Follow" next to my byline to this article.
TAGS: Investing | Stocks | Technical Analysis | Aerospace | Industrials | Mad Money