For his Executive Decision segment of "Mad Money" Monday, Jim Cramer spoke with Strauss Zelnick, chairman and CEO of Take-Two Interactive Software Inc. (TTWO) , the video game maker with shares that plunged 12% last week after reporting what investors deemed was a disappointing quarter.

The first problem area was NBA 2K, where some in-game changes did not go as well as planned. The second problem was in Take-Two's WWE title, where the quality of the game did not live up to gamer expectations. Gaming is still the fastest-growing part of entertainment, Zelnick said, and his company must deliver the results fans and investors expect from Take-Two.

Let's check the charts of TTWO to see what they might deliver.

In this daily bar chart of TTWO, below, we can see that prices traded sideways at best the past six months. The broad market averages have been very strong since early October and yet TTWO has been unable to make a new high, telling us that it has some unique problems. Prices failed to make a new high in January and they turned sharply lower this month, closing below the cresting 50-day moving average line and gapping below the still-rising 200-day moving average line on heavy volume.

The On-Balance-Volume (OBV) line has been neutral since August and turned lower in January ahead of the earnings report. The Moving Average Convergence Divergence (MACD) oscillator crossed to a take-profit sell signal in the middle of January and crossed below the zero line the other day for an outright sell signal.

In this weekly bar chart of TTWO, below, we can see what might be a large top formation with three rally tops since late 2017. Prices have closed below the cresting 40-week moving average line and the weekly OBV line turned lower last month. The MACD oscillator crossed to a take-profits sell signal back in September and is almost below the zero line now.

In this first Point and Figure chart of TTWO, below, we used daily price data and here we can see a distribution pattern (selling) with a $112 downside price target. The price target has been reached but that does not mean the decline is over. 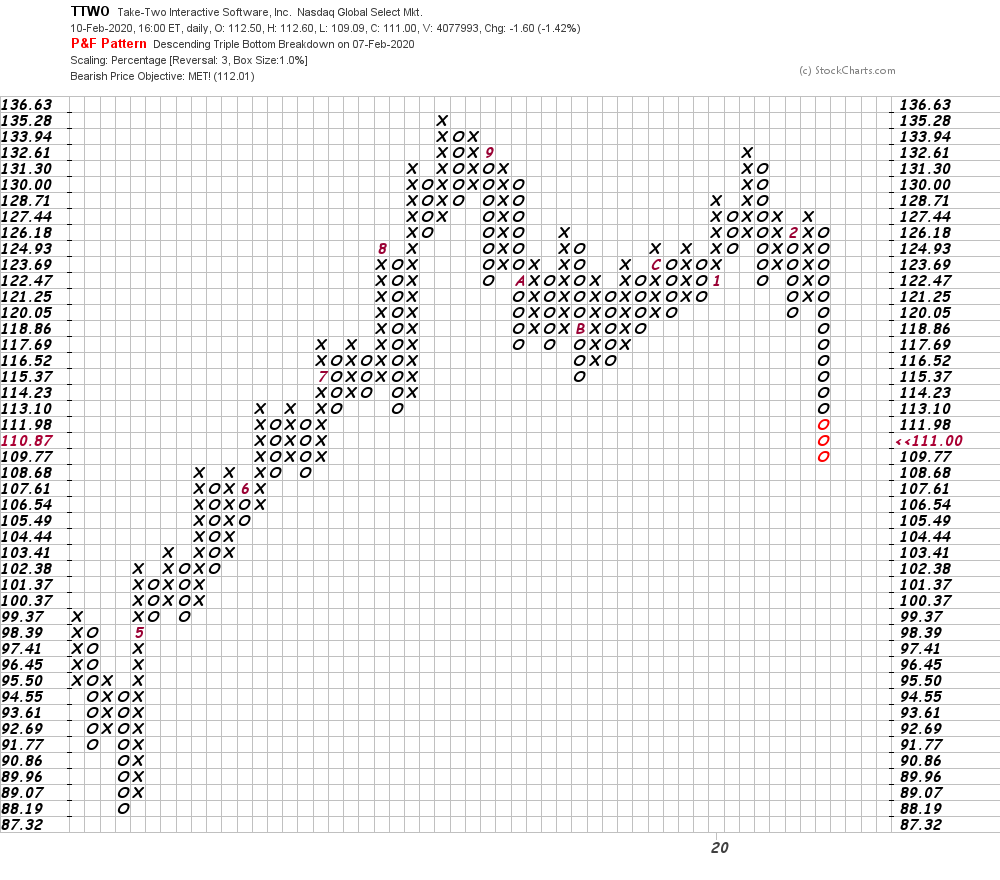 In this second Point and Figure chart of TTWO, below, we used weekly price data and here the software is projecting a potential longer-term downside price target in the $87-$86 area. 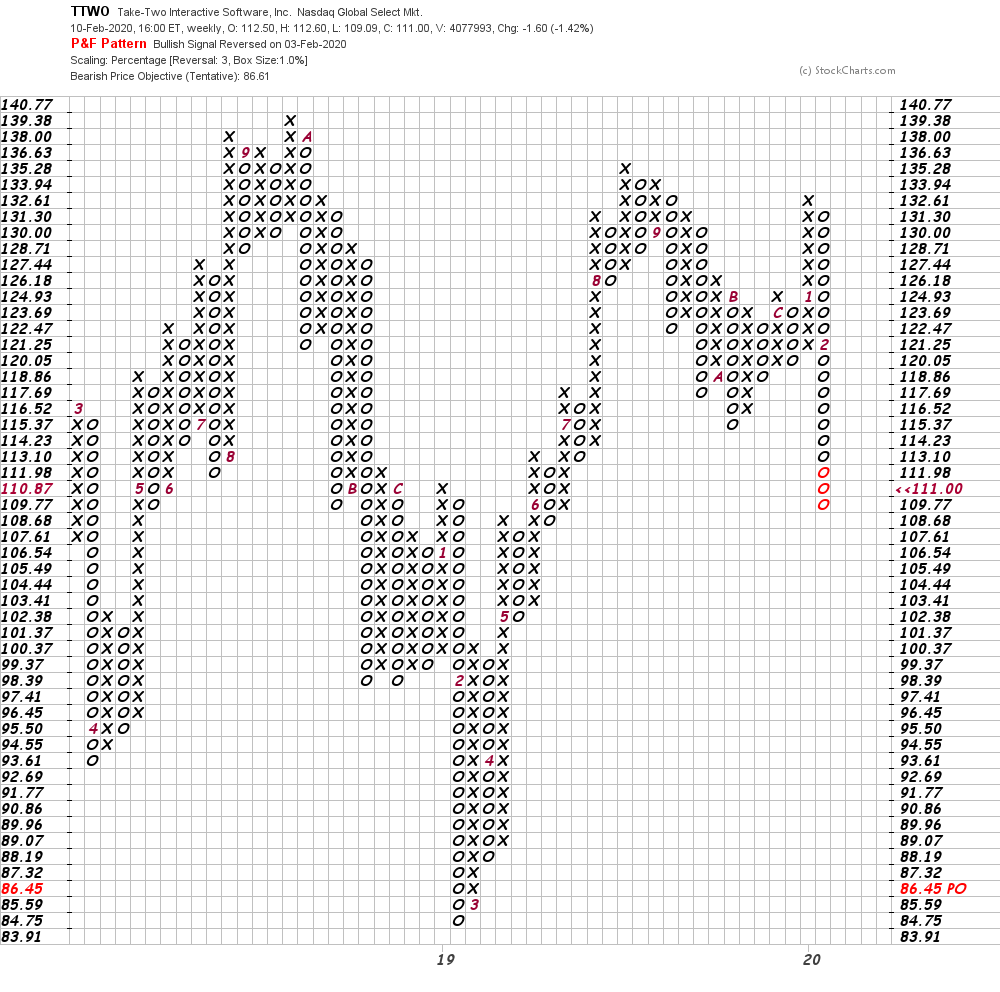 Bottom line strategy: I don't know if Take-Two can overcome its problems, but the charts suggest we can see more price weakness in the weeks and months ahead. Avoid the long side.

Get an email alert each time I write an article for Real Money. Click the "+Follow" next to my byline to this article.
TAGS: Earnings | Investing | Stocks | Technical Analysis | Consumer | Digital Entertainment | Video Games | Mad Money | Executive Interview | Real Money

Here's a play in AMC amid its Monday move.