Zelnick said with $711 million in net bookings Take-Two is still having its second-best year ever and he believes the company is in a "good place" going into the back half of the year. He also addressed delays in two of Take-Two's titles until later in the year. He said Take-Two always strives for creativity, innovation and efficiency and sometimes that means delaying titles to ensure the company gets it right. "It's painful to delay," he admitted, but sometimes it's the right thing to do.

We looked at TTWO on May 20 and wrote at that time, "The charts and indicators of TTWO can be presented as bullish or as bearish (not an unusual story with technical analysis). The daily charts show improvement but the weekly charts are not out of the woods. Let's give things a few more days to see if the bulls are truly back in the game." Waiting was a good strategy in hindsight.

In this daily bar chart of TTWO, below, we can see that prices bounced in late May but could not build on that strength in June. TTWO has worked lower this summer and recently made a new low for the move down. Prices are trading below the declining 50-day moving average line and below the cresting 200-day line. The trading volume increased significantly in recent days and the On-Balance-Volume (OBV) line has made a new low for the move down. The Moving Average Convergence Divergence (MACD) oscillator has been bearish since June.

In this weekly Japanese candlestick chart of TTWO, below, we can see a large red (bearish) candle and new low for the move down. TTWO is below the cresting 40-week moving average line. The weekly OBV line shows a turn to the downside and the MACD oscillator has crossed below the zero line for a new outright sell signal.

In this daily Point and Figure chart of TTWO, below, we can see the software is projecting the $135 area as a potential downside price target. 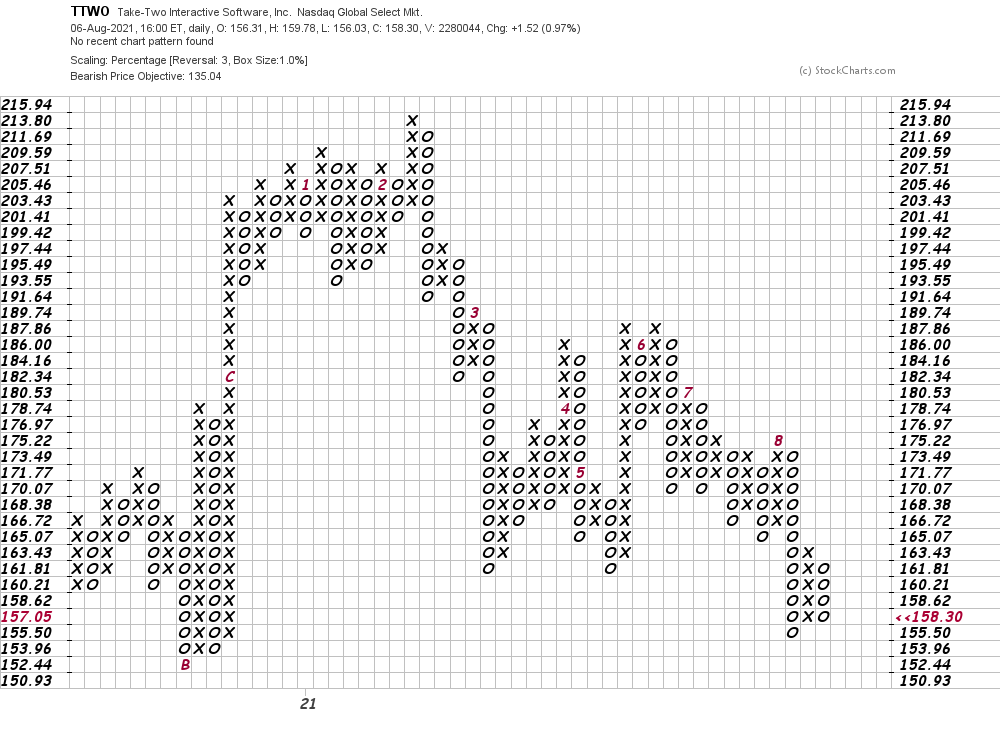 In this weekly close-only Point and Figure chart of TTWO, below, we can see a tentative downside price target of $139. 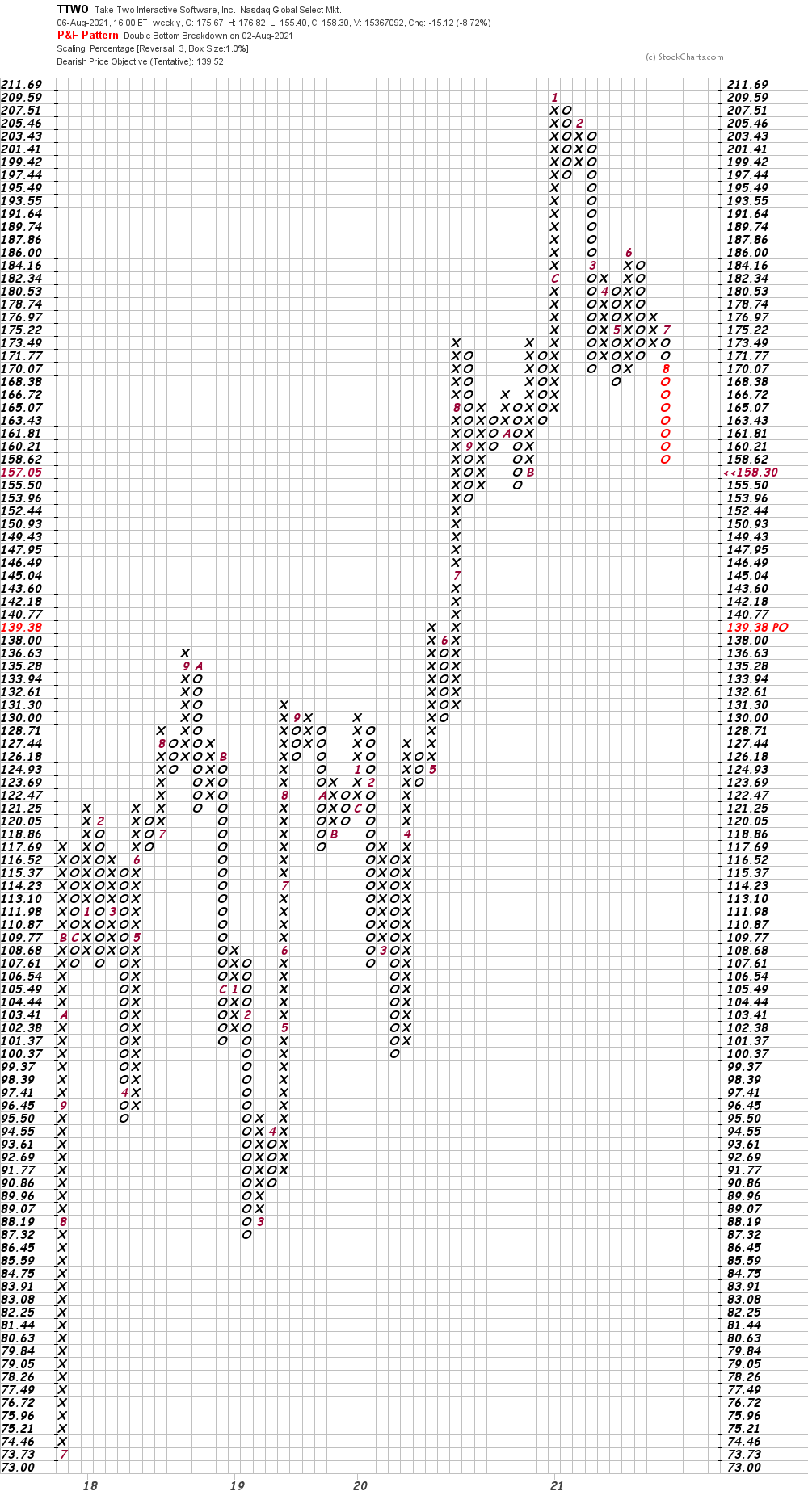 Bottom line strategy: The charts of TTWO are weak and pointed lower. Avoid the long side of TTWO as we are likely to get a better buying opportunity down the road.

Get an email alert each time I write an article for Real Money. Click the "+Follow" next to my byline to this article.
TAGS: Earnings | Investing | Stocks | Technical Analysis | Consumer | Video Games | Mad Money | Executive Interview | Real Money

Wednesday was quite messy for the markets, but it was just another step forward in consolidating recent positive action.

We had almost forgotten that sometimes Mr. Market can still land a ham-sized fist squarely upon that beaming smile of yours.

'Heed' My Advice, 'Lock' in Some Gains on This Defense Contractor

Here's how to play LMT, a 'left to right' blue-chip stock on a dip.