Turning to the elephant in the room -- the pandemic -- Zelnick said that all entertainment options have benefited from people spending more time at home.

In our last review of TTWO back on Nov. 9 we wrote: "I assume some traders are long and used the August-September correction to buy. Risk a close below $160. Add on new highs and look for gains to the $232 area." Prices rallied but have not reached our target area.

In the daily bar chart of TTWO, below, we can see that the shares have been in an uptrend from late March. More recently prices gapped lower to retest the rising 50-day moving average line after just making a new high for the move up.

Trading volume spiked higher and the On-Balance-Volume (OBV) line shows the start of a "tick" lower. The 12-day price momentum study in the lower panel shows weakening momentum from December to February, which is a bearish divergence from the price action.

In the weekly Japanese candlestick chart of TTWO, below, we see a mixed picture. The shares are in a longer-term uptrend above the rising 40-week moving average line but the price action has become stalled in recent weeks and there is an upper shadow above $210.

Trading volume has been on the light side and the weekly OBV line appears to be rolling over. The 12-week price momentum study is showing lower bars since December telling us that the pace of the advance is slowing. This can sometimes foreshadow a correction.

In this daily Point and Figure chart of TTWO, below. we can see that the software is reading the X's and O's as bearish with a potential downside price target in the $183 area. 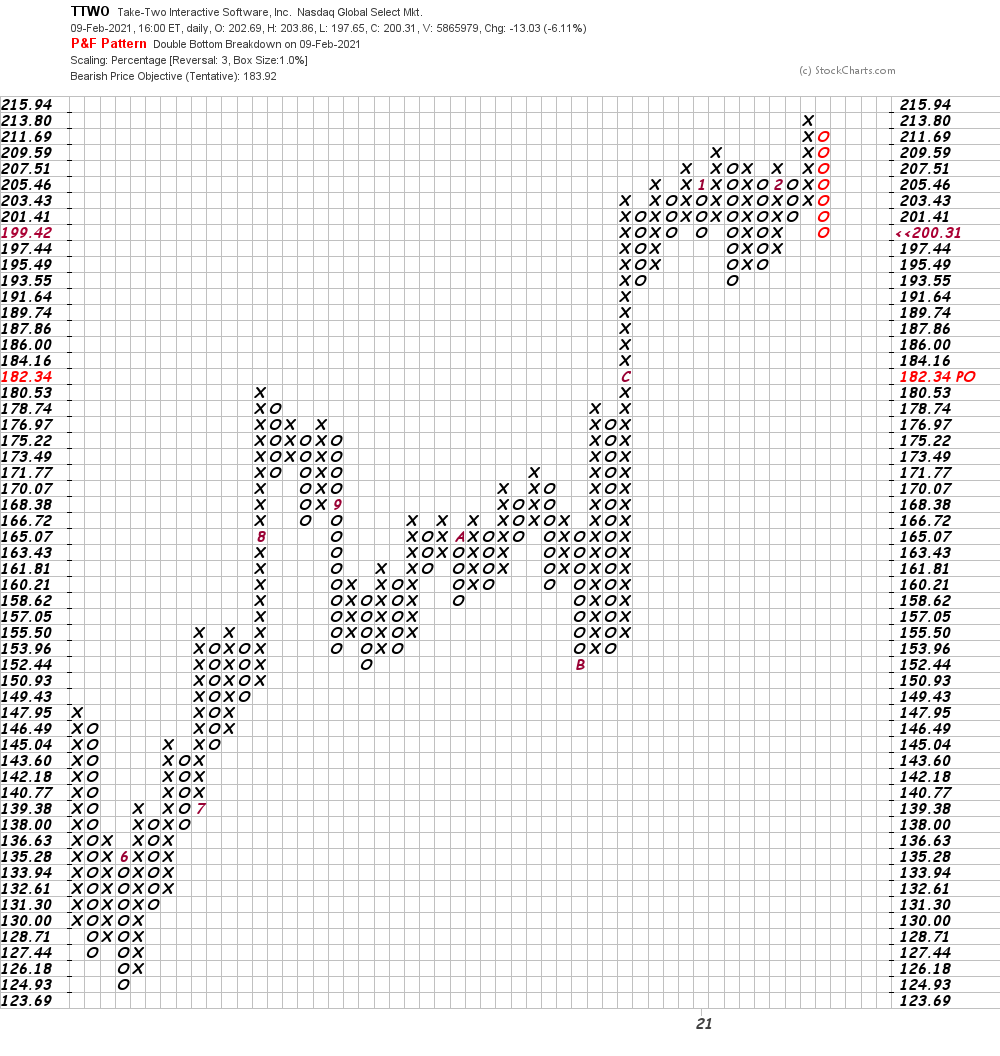 In this weekly Point and Figure chart of TTWO, below, we can see a potential longer-term price target in the $251 area. 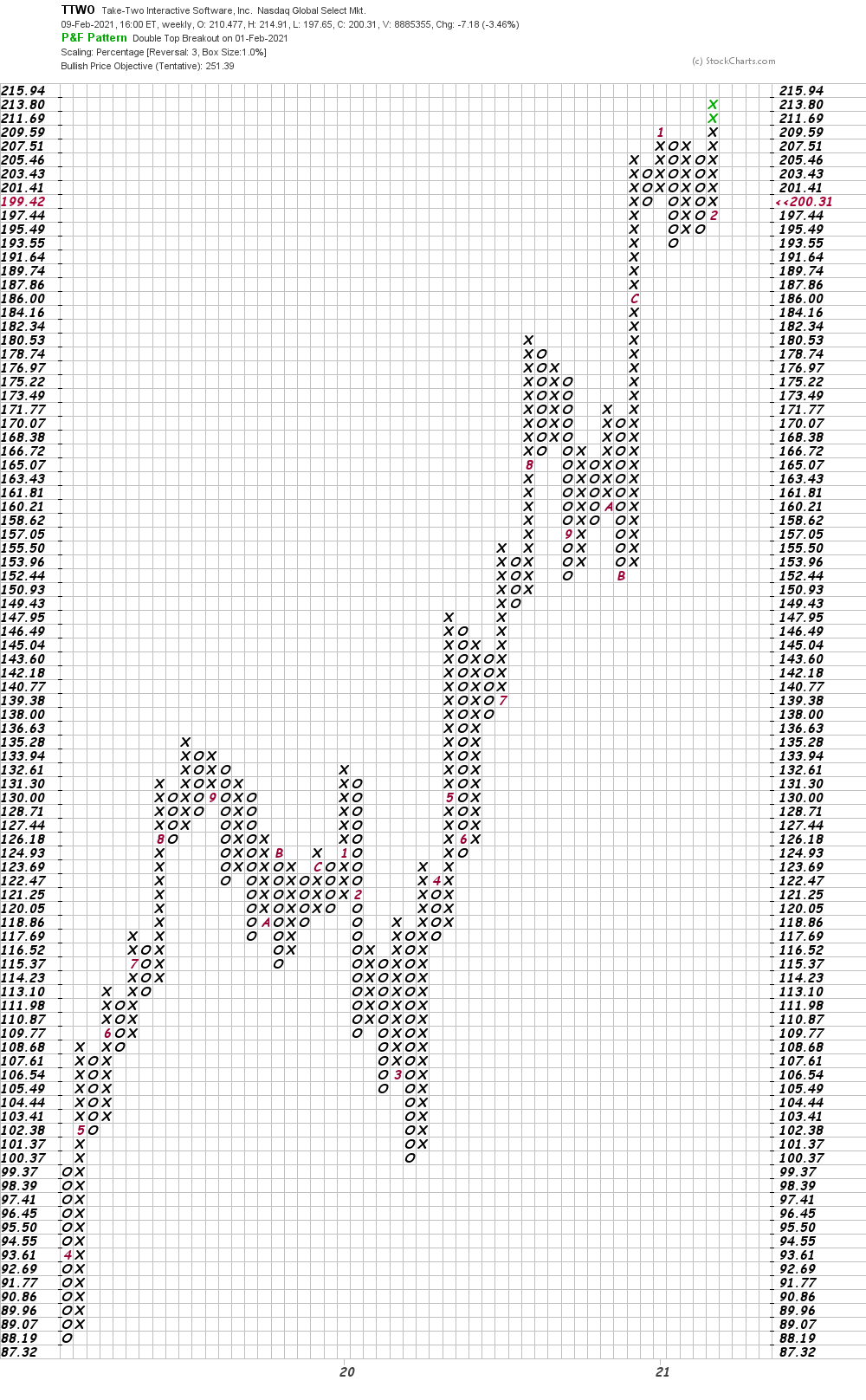 Bottom-line strategy: Momentum tends to peak before prices do so it is a leading indicator. It is not a precise timing tool but more of a "get ready and watch things closer" tool. TTWO is showing a weakening momentum picture with the risk of a temporary pullback. Stay nimble.

Get an email alert each time I write an article for Real Money. Click the "+Follow" next to my byline to this article.
TAGS: Investing | Stocks | Technical Analysis | Gaming | Mad Money | Executive Interview